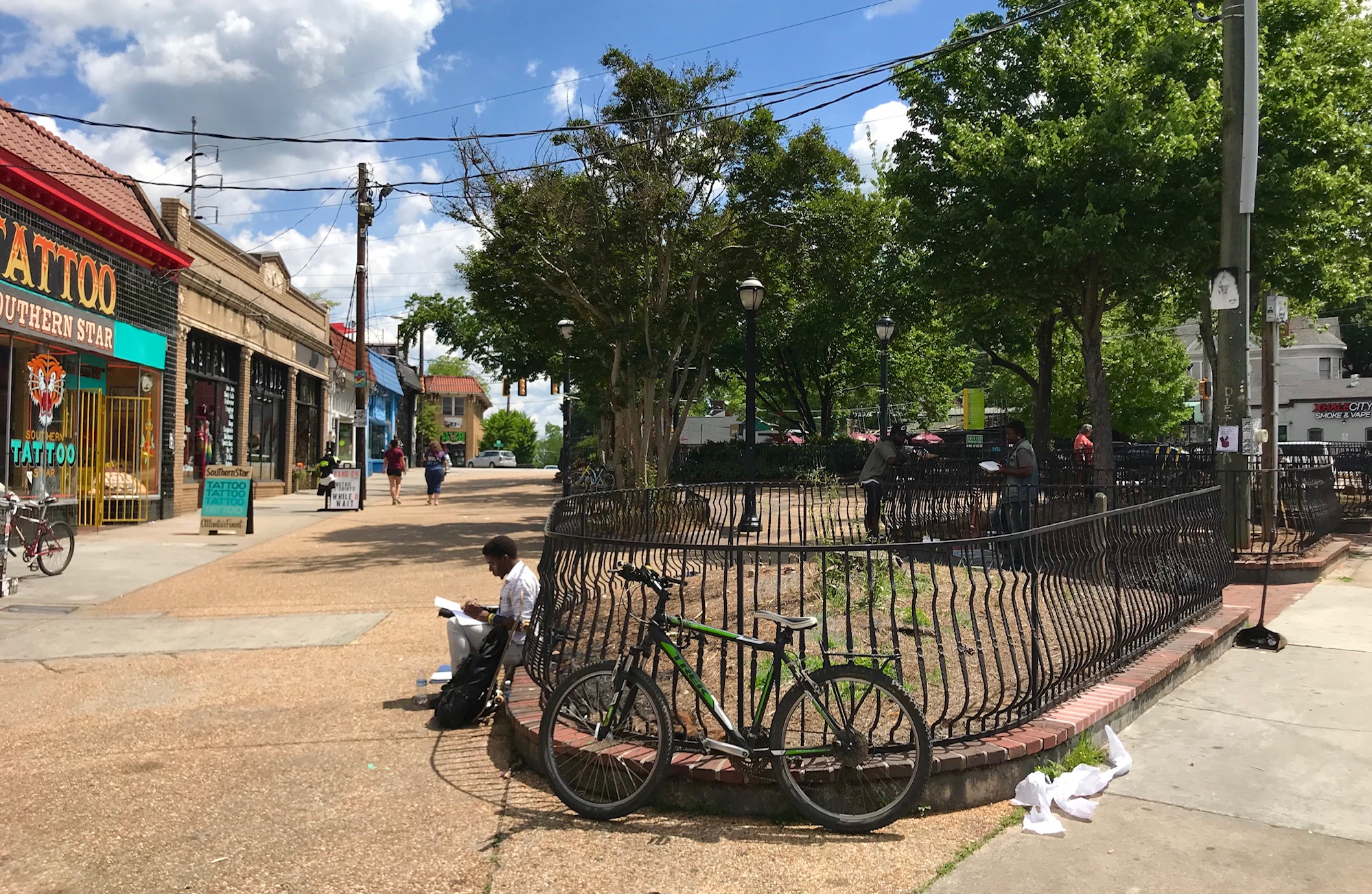 A few more of the grittier edges of Little Five Points’ central gathering spot are to be smoothed over in the coming year as Findley Plaza is renovated. The plan calls for removing the mosaic of the fabled blues musician Blind Willie McTell, and is so detailed it specifies the distance between granite curbstones. 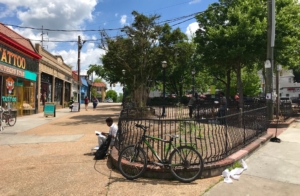 Findley Plaza, the outdoor living room at the heart of Little Five Points, is to be retooled into an area supporters describe as, ‘flexible, community driven space that’s welcoming to all.’ Credit: Kelly Jordan

Demolition of Findley Plaza is to begin this summer. Shops are to remain open during a construction period expected to last from six months to nine months. A grand opening of the $150,000 project is to be scheduled in Spring 2020.

The plan calls for the “relocation” of the Blind Willie mosaic but doesn’t appear to state its destination. The horizontal focal point that’s to replace the mosaic is to be the emblem of a star in the center of a tiled area. A ray radiates from each of the star’s five points, according to drawings provided by the Little Five Points Association.

The vision for the new Findley Plaza is spelled out in a 28-page report that’s replete with construction drawings. This is how the curbstones are to appear:

The repurposing of Findley Plaza is part of an effort by the Little Five Points Association described in a report as intended to create a, “flexible, community driven space that’s welcoming to all.”

To reach the current plan, advocates in the past have worked with ULI to devise a plan for retooling Findley Plaza. The Urban Land Instiitute’s report called for the removal of railings around planters. The original purpose of those railings seems to have been achieved – to prevent people from sleeping in the planters or using the planters for personal needs.

The new Findley Park is part of the ongoing version of urban renewal in Little Point Points’ commercial district that’s been underway since at least 2014. That’s when commercial property owners convinced Atlanta to enable them to raise their property tax to pay for local enhancements – including the retooled Findley Plaza. 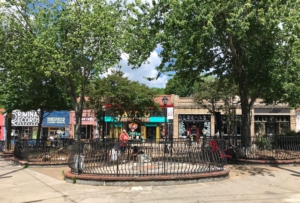 Little Five Point’s Findley Plaza is to be retooled and reopen in Spring 2020. Credit: Kelly Jordan

This project is being paid for by Park Pride’s legacy grant program and the Little Five Points Community Improvement District, according to legislation approved Monday by the Atlanta City Council.

The CID is the means by which commercial property owners raise their property taxes to pay for local improvements.

The construction funding is flowing through the Renew Atlanta bond program and the 1 percent sales tax Atlanta voters approved to pay for transportation improvement, according to the legislation. Grant funds of this type can be used to by land, establish trails, install signage and equipment in playgrounds, and for tree plantings.

Specifically, the legislation observes the money is to provide for: 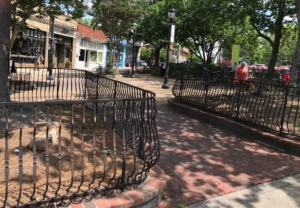 Findley Park is to get a new tiled surface that features a five-pointed star with a beam emanating from each point. Credit: Kelly Jordan