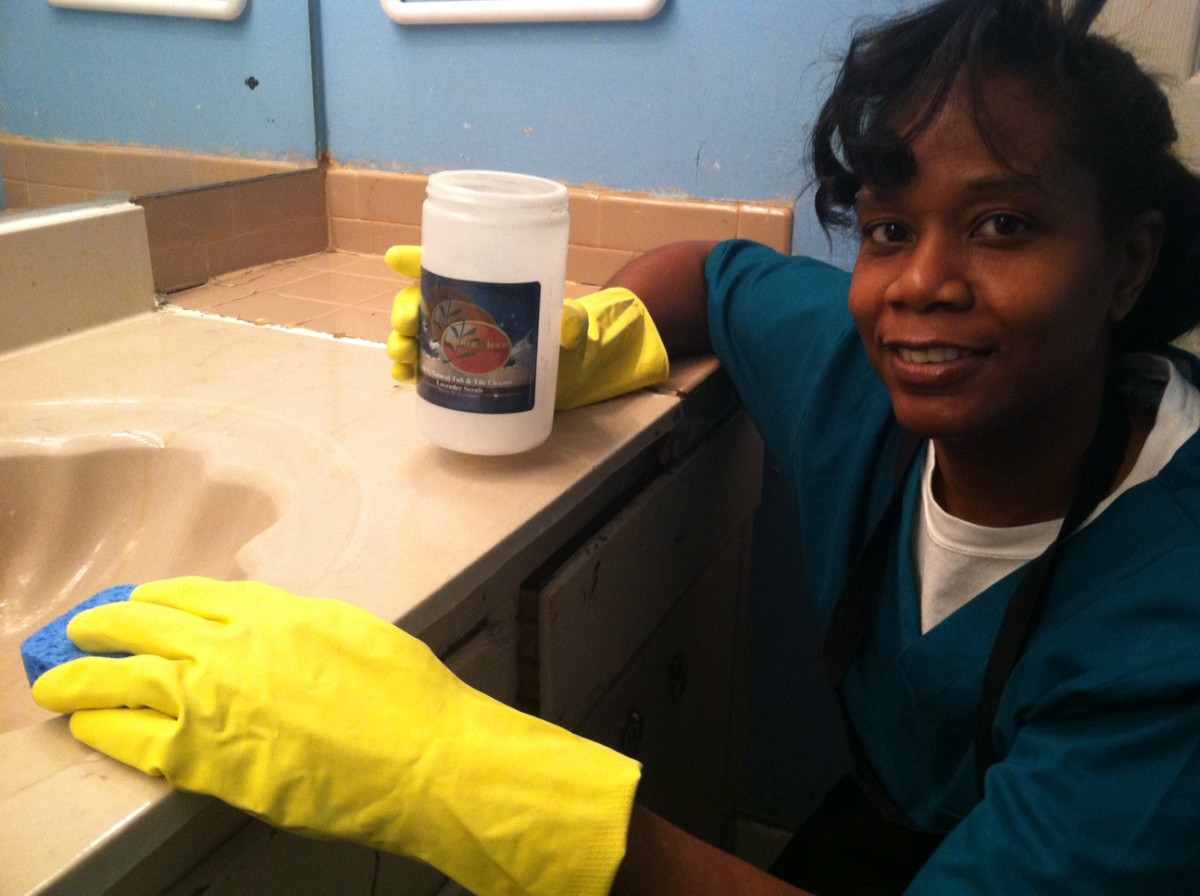 Kimathi Lewis is among the skyrocketing number of women who own their own companies. Both metro Atlanta and Georgia rank fifth in the nation for the number of women-owned firms, according to a new national report by American Express OPEN. 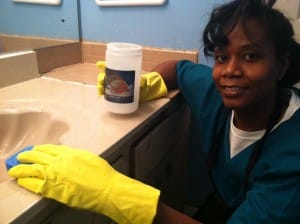 Metro Atlanta has an estimated 308,600 female-owned firms, according to the AMEX OPEN report. The firms employ about 170,500 individuals and generate almost $37 million in sales.

Nationwide, women started 1,072 (net) new businesses a day last year, according to the study. The U.S. now has 11.3 million women-owned companies that employ nearly 9 million people and generate more than $1.6 trillion in revenue.

The hottest sectors include the one Lewis chose – services, ranging from home care to personal care to pet care, janitorial and landscaping.

Lewis opened Nature Kleen in 2003. In addition to providing cleaning services for homes and offices, the company sells a line of natural cleaning products that Lewis makes herself. These products replace the commercial cleaning agents that irritate some people.

Lewis said Sunday she enjoys the personal satisfaction that comes with owning her own business.

“It’s a fine feeling to come up with my own idea, give birth to the idea, watch it grow … and have control over the direction it takes,” Lewis said. “The look on my clients’ faces after I clean their homes is so priceless.” 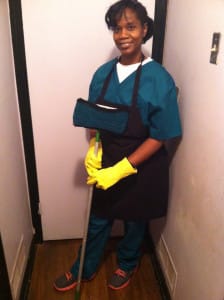 Kimathi Lewis devised a crocheted mop head to attach to a Swifter mop as a reusable alternative to chemical-coated sheets. Credit: Ronaldo Dowe

Ownership allows Lewis to make sure that she uses only 100 percent natural cleaning agents in the homes and offices she cleans. Nature Kleen sells the products to the public via its website.

“We created a little cloth mop head for the Swifter mop that is completely natural, and is long lasting so you don’t have to waste money getting refills all the time,” Lewis said. “The Swifter sheets have chemicals in them, especially the wet ones, and some of the clients said they are not good for their pets. So we came up with the CroSham, a little chamois to put on the Swifter mop.”

The Nature Kleen website describes the CroSham as a crocheted chamois that is reusable, reversible, washable and pet safe. It’s priced at $6.

Other products Lewis created through research and testing include a scrub that comes in four fragrances – peppermint, lavender, tea tree and eucalyptus; and a spray that comes in sweet orange and lavender. 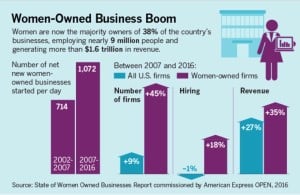 Since the Great Recession, the south has seen the greatest growth in the number of female-owned businesses. Women turned to what the report called traditional industries including lifestyle and service companies. The four leading sectors and their rates of growth from 2007 to 2016 were:

The 2016 State of Women-Owned Businesses Report was commissioned by American Express OPEN. OPEN is a payment card issuer for small business. The reports results are based on data collected from the Census and U.S. Department of Commerce.