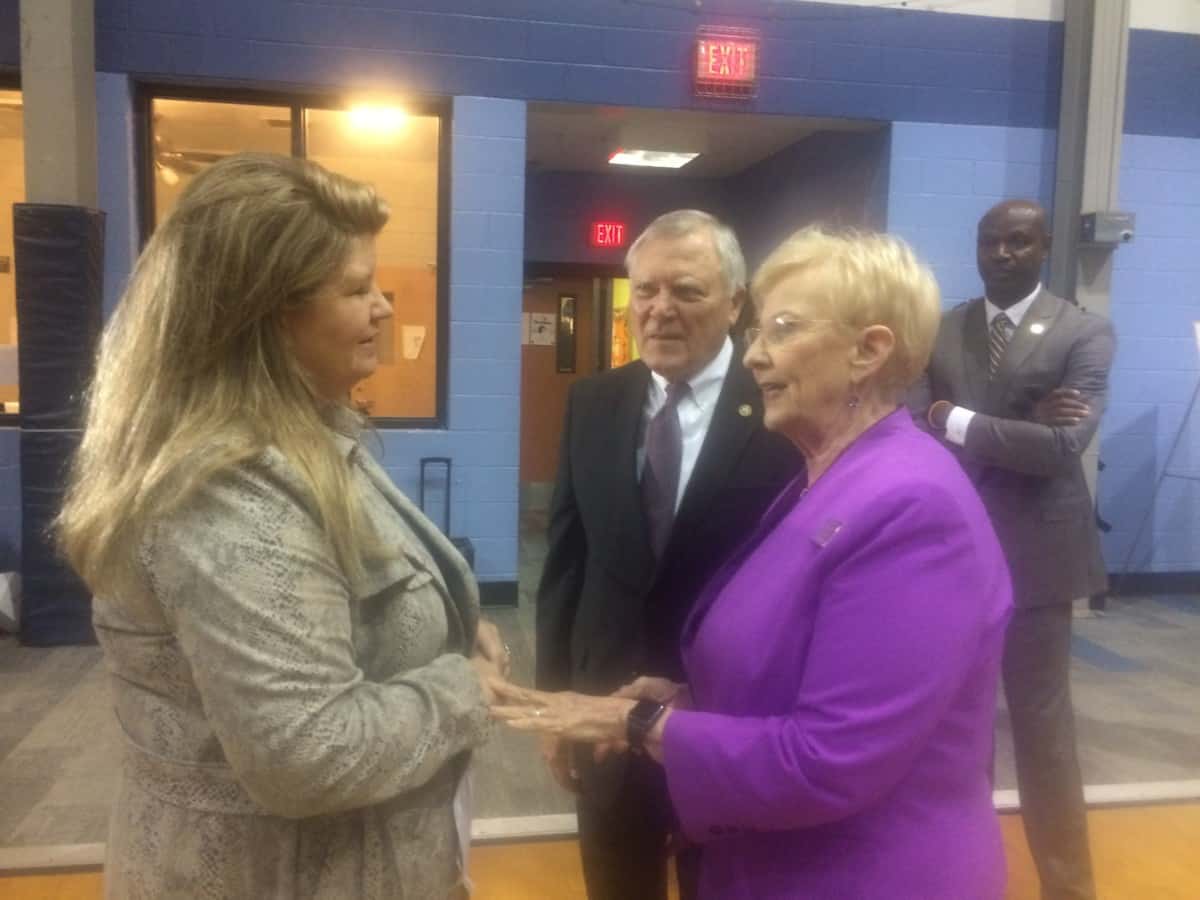 More than 100 brave leaders from metro Atlanta are spending the night outdoors tonight (Nov. 17) as part of the Covenant House Sleep Out to help homeless youth.

The list of leaders is impressive. They include Paul Garcia, the retired CEO of Global Payments; Bill Rogers, the CEO of SunTrust Banks; public relations executive Bob Hope; Jerome Russell of H.J. Russell & Co.; Clark Dean of Transwestern; Valerie Hartman, a civic leader; Sandy Douglas, Coca-Cola’s president of North America;  Coca-Cola spokesman Ben Deutsch; film-maker David Lewis and his wife, Danica Kombol – a marketing executive; Gary Price of the PWC accounting firm who flew in from New York to participate; as well as many others. 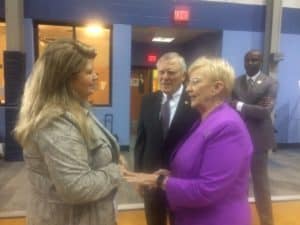 Even Gov. Nathan Deal and First Lady Sandra Deal showed up to give support to the nonprofit, which has been providing shelter and support to the homeless youth.

For Covenant House Georgia, it was the fifth annual “Sleep Out” event, which had a goal of raising $425,000 for the organization.

Atlanta’s Sleep Out event was among those being held in 18 cities in the United States and Canada. A total of more than 1,000 leaders were braving the outdoors so they could experience what it was like to be homeless.

Garcia, who was chairing the Sleep Out event, said they overnight guests had raised more money than ever. Shortly after 8 p.m., it was announced that they had raised $424,875 so far, and money was still coming in.

One of the top donors was Atlanta’s own Delta Air Lines, which has emerged as a national sponsor for Covenant House. It had Delta employees spending the night in Atlanta, New York, Los Angeles, Toronto and Detroit.

Betsy Talton, general manager of corporate communications for Delta, said the partnership with Covenant House is ongoing. The airline provides internships and jobs for the youth at Covenant House as well as mentoring and volunteering throughout the year.

“It is a really cool organization,” Talton said as she was getting ready to sleep outdoors. 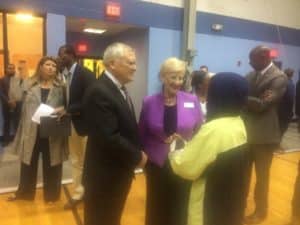 Gov. Deal thanked those who were sponsoring the evening and had raised money for the organization, but he spent most of his time thanking the youth who had found their way to Covenant House.

“Thank you for taking a chance on yourself,” the governor said. “Sometimes it’s hard to accept help from other people. It’s programs such as that that make Georgia such a great place to live.”

“There are 3,374 homeless and runaway youth,” Ashe reported. “Last year, we were able to reach 1,000 homeless youth.” But that meant they had reached less than a third of the young people who needed a home as well as all the services the nonprofit provides.

Covenant House provides a continuum of care. When homeless young people are found and brought to the center, they enter into a 30-day program. There are 46 beds for those just entering program, and Ashe said those beds have been full every night for the past several weeks.

The young people are provided all their basic needs of food, shelter, clothing and healthcare. But they also are given a case worker who can help them deal with whatever trauma they’ve experienced in their short lives. 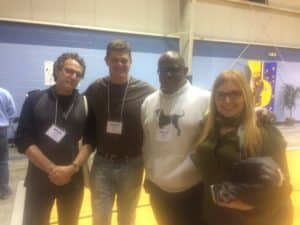 The young people then graduate to longer-term living arrangements where they can work on getting vocational skills or continuing their education. They then progress to the “Rights of Passage” – when they are able to have a long-term independent living situation.

On Thursday, the evening started with a testimony from one of the residents of Covenant House, who told a heart-breaking tale of how she had been physically and psychologically abused by her step-father until she escaped one night. Through a circuitous route that took her out-of-state, she had since returned to Atlanta and found a home at Covenant House.

After she spoke, there was a Candle Light Vigil where everyone lit a candle for the young people still living on the streets.

A resident then called out the names of the young people who had been lost to the streets – including those who had passed away. It was a solemn reminder that for many, the Covenant House is a matter of life and death. 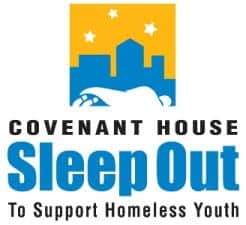