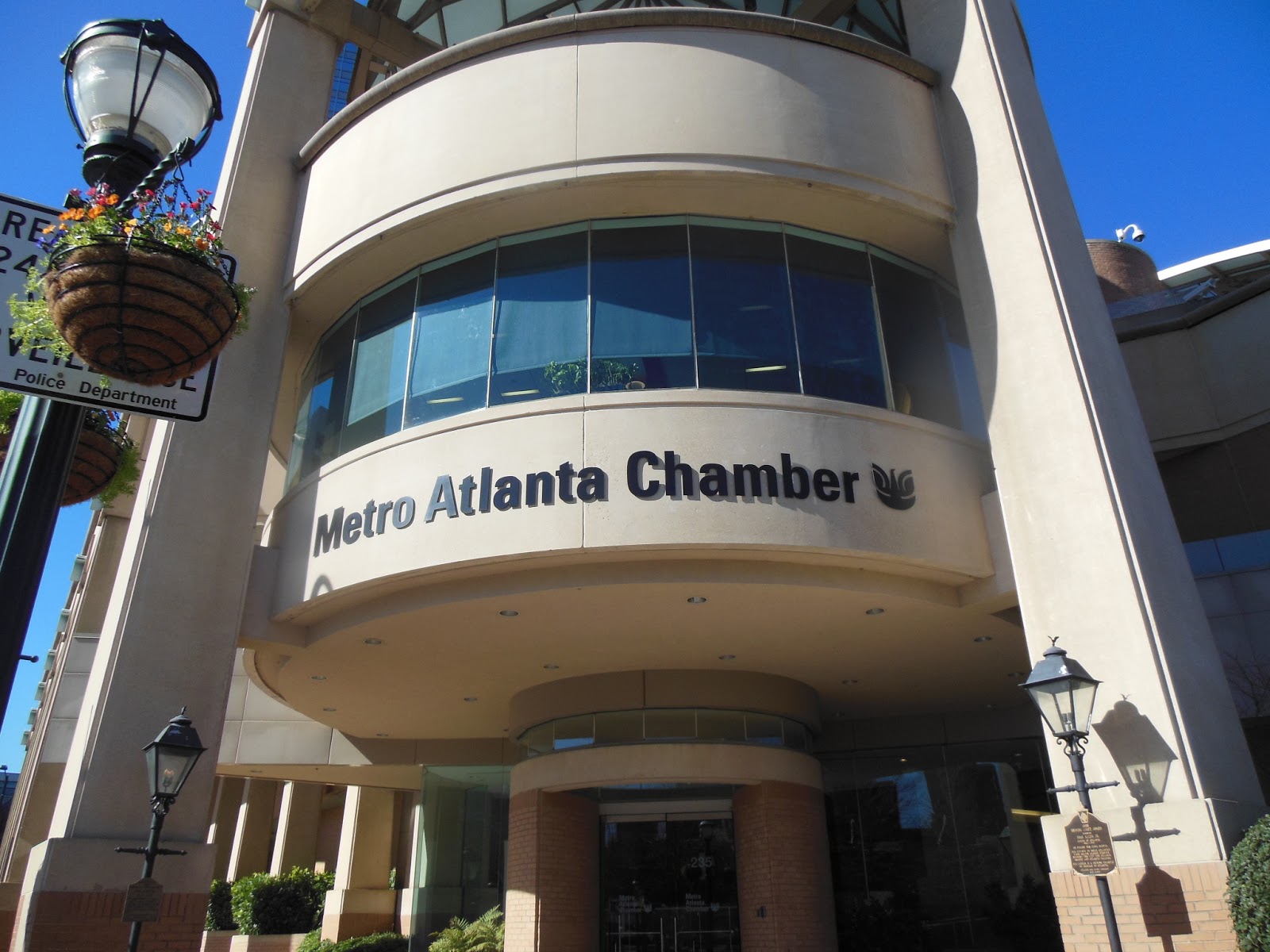 That is the most generous way to describe the transportation proposals coming out of the state legislature – and the response from the Atlanta business community.

Before the legislature convened, a Joint Study Committee on Critical Transportation Infrastructure Funding released its findings. To just maintain our current transportation system of roads and bridges, the state would have to bridge an annual funding gap of $1 billion to $1.5 billion.

To boost regional mobility including expanding the availability of transit, it would need to invest an additional $2.1 billion to $2.9 billion a year.

But if Georgia wanted to invest in the “full universe of transportation needs in the state, including establishment of passenger rail systems,” it would need to invest between $3.9 billion to $5.4 billion more each year.

So major business organizations took a position that if Georgia wanted to stay competitive, General Assembly would need to identify at least $1.5 billion in new transportation dollars with a substantial portion going to transit. 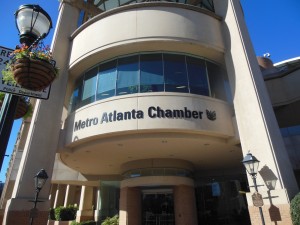 Remember that would only maintain the transportation system Georgia already has.

When the Georgia House came up with its plan, later tweaked a bit here and there, it claimed to generate $1 billion in new revenues for transportation. In the latest version, no money has been identified for transit.

In reality, only a fraction of those $1 billion dollars is “new” revenue. Most of it just shifts existing sales taxes on fuel to excise taxes. The state also finds “new” revenue by siphoning off tax revenue currently going to local governments.

And all of this smoke and mirrors budget maneuvering is being done for show rather than for substance. It certainly will NOT add $1 billion in net new revenue for transportation (one observer estimated the number is closer to $60 million to $80 million a year when all is said and done).

That’s a far cry from the minimum that the Metro Atlanta Chamber and the Georgia Chamber of Commerce said was needed at the beginning of the session. Remember? At least $1.5 billion with a large share going to transit.

But now that the session is in full swing, the Metro Atlanta Chamber has gone silent or underground.

From all outward appearances, it feels as though the Metro Atlanta Chamber has become complicit in Georgia’s favorite sport – to aim low when it comes to investing our state’s future. 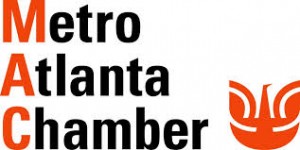 To hear Metro Atlanta Chamber leaders talk, they say: we have to start somewhere. Don’t let perfect be the enemy of the good. If we take a strong position, it will backfire and legislators will vote against it. If we some new transportation funding this year, maybe we can get more next year. We’re not going to get more than $1 billion, so let’s not waste our time trying. Let’s see what we can get in the Senate.

Meanwhile, when it comes to transportation, the only enlightened leadership is occurring in the City of Atlanta, Fulton and DeKalb counties – and now Clayton County.

MARTA is busy encouraging development on top of its rail stations. Companies are flocking to be part of a transit-friendly future. Young and educated residents want to live and work in places where they have the option to not own a car.

So there is the Atlanta Streetcar. There’s the Atlanta BeltLine. There are ever-expanding bicycle and multipurpose trails that will connect the region.

And with Clayton joining the MARTA system and looking forward to being connected by bus and rail to the larger urban transit system, it is positioning itself for the economy of the future. 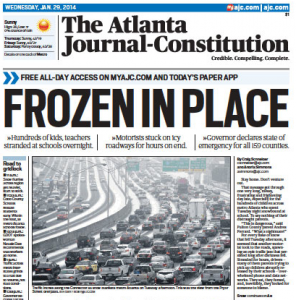 That’s more than can be said for just about any other government in the region or at the state level.

At the Gwinnett Chamber of Commerce “State of the County” luncheon last week, Gwinnett Chair Charlotte Nash talked about “The Big Picture.” But she only spent a fraction of a minute talking about an undefined moment that could be decades away.

“When I look into the future, I see a grown up Gwinnett,” she said. “I see choices in lifestyle and a range in transportation options.”

That was the extent of her vision of a “cosmopolitan” Gwinnett. She said she was ready to start building that vision right now and asked the audience if they were ready to join her. She never used the word transit.

Meanwhile, NCR has already announced its decision to move its corporate headquarters from Gwinnett to Midtown where it will be next to Georgia Tech’s innovation cluster and MARTA.

Instead of going silent, the Metro Atlanta Chamber should using its megaphone to remind state leaders that Georgia’s tax base depends on the vitality of the Atlanta region.

It is in the state’s self-interest to invest in a regional transit system for metro Atlanta as well as transit statewide. The state’s 128 transit system are long overdue for balanced funding from the Georgia Department of Transportation. In other words, it’s not just an Atlanta issue. It’s an equity issue. It’s about offering choices to all Georgians on how they get around.

The public supports that sentiment.

The Georgia Transportation Alliance released a survey of statewide voters earlier this month indicating that they would be willing to pay more to improve the state’s transportation infrastructure.

When asked if they believed state government should dedicate funds to the 128 transit systems throughout Georgia, 61 percent said yes; 22 percent said no; and 17 percent were either undecided or didn’t know.

Even when enlightened leaders did not have the support of the public, Atlanta’s leaders have always carried the state into the future.

Atlanta’s business leadership showed amazing political courage in the 1960s – despite a segregationist legislature – to boldly make Georgia the beacon of the South.

Business leaders built the busiest airport in the world. They brought professional sports to the city. They built a public transit system that led to Atlanta winning two Super Bowls, the 1996 Summer Olympic Games and all the sports, entertainment and business conventions that come each year.