“The Lovers” is a comedy of eros. And errors. Mary (Winger) and Michael (Tracy Letts) have been together for eons. The spark hasn’t just gone out of their marriage; there’s not even any kindling left.
So both, on the sly, have taken lovers.  He’s with a well-toned but unstable ballet teacher (Melora Walters); she’s with a charming but lightweight writer (Aidan Gillen from “Game of Thrones”). The joke, kinda, is that the two cheat-ees are similar, both being what you might call B minus/C plus level artistes (but pretty).
However, the bigger joke, as the trailers and online summaries have already revealed, is that early in the movie, out of the blue, Mary and Michael start having passionate sex.  The result? Both feel guilty about cheating on their lovers.
Writer/director Azazel Jacobs intends “The Lovers” to ask sly questions about the nature of passion — how it fits in with romantic love and long-standing commitment and why some people stay together and why some don’t.
All good questions, well worth exploring, but somehow, the movie never does.  You know you shouldn’t be rooting against a Mary and Michael reunion, but you never quite root for one either. Which works within the picture’s larger context (the ending is a nice twist), but makes for rough going. 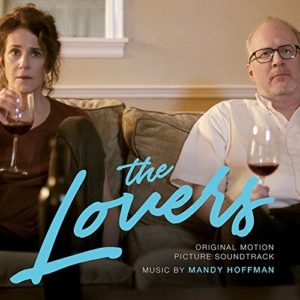 A movie poster of ‘The Lovers’

The most compelling scenes involve their petulant, immature son (Tyler Ross) who arrives with his girlfriend (Jessica Sula) for a brief, resentful visit. En route, he tells her, “If you ever see me doing anything like them (the parents), I want you to punch me in the face.”
Good to see you, too, son.
Winger’s return to the screen is quite welcome. And she fills Mary with complexity and yearning that you suspect might not have been, as they say, on the page. Letts is game, but less successful. He’s an actor/playwright (as in the prize-winning  “August: Osage County.”) But as an actor, well, he’s a good playwright. Or it may just be that he and Winger don’t have any chemistry. Or that Jacobs flummoxed whatever chemistry they might have had.
“The Lovers” is the sort of respectable flop that has you asking yourself over and over, why isn’t this working? That scene is good and so is that one and so is he and so is she and yet it all adds up to nothing. Or maybe just not enough.
Share
Tweet
Share
Pin
Pocket
WhatsApp
Buffer
Email
Reddit
0 Shares
Tags: