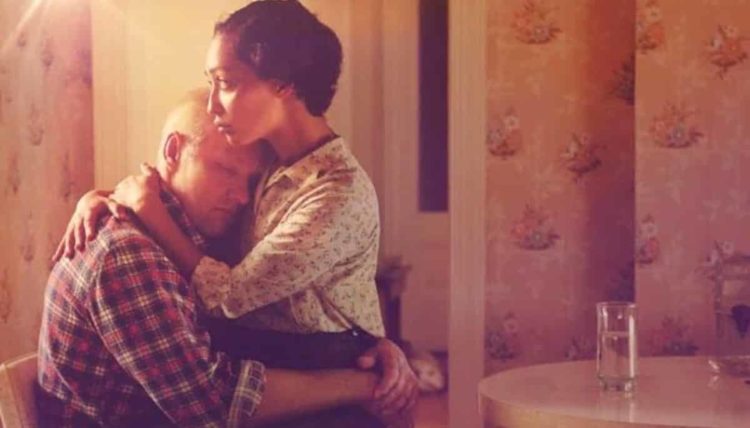 'Loving' is the story of two country folk fell in love and ended up changing a cornerstone of the South's historic culture. Credit: goldderby.com

“Loving” is based on the true story of Mildred and Richard Loving. In 1958, they married – and in doing so, broke the law. You see, she (Ruth Negga) was African-American and he (Joel Edgerton) was white. And though they exchanged vows in Washington, D.C., they wanted to live in their home state of Virginia.  Which, at that time, forbid interracial marriages. 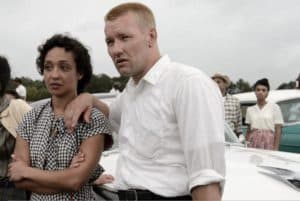 ‘Loving’ captures the South’s love of drag racing and its racist past. Credit: blackfilm.com

So, a few months later, they were thrown in jail for co-habiting. When Richard points to their framed marriage license on the wall, he’s told by the police that they are breaking a higher law – God’s law. A sparrow is meant to be with a sparrow and a robin is meant to be with a robin. “They’re different for a reason,” explains the most sympathetic of the cops (really, he is, which somehow makes it worse).

Once they’re set free, the Lovings are told to get out of Virginia or else face more prison time.  So they move to D.C. and move in with her relatives. But they are both country folk and a few years later, after one of their children is almost run over by a car, they move back home. “All we gotta do is keep to ourselves for a little while,” Richard says. “And this will all blow over.”

Unfortunately, it doesn’t. After all, their marriage threatens “the peace and dignity of Virginia.”

Inspired by the Civil Rights Movement, Mildred writes Attorney General, Robert Kennedy. He passes their plight on to the ACLU. They send a lawyer (Nick Kroll) who hopes to take their case all the way to the Supreme Court and thus change the miscegenation laws of the Jim Crow South.

There’s a lot of quiet courage on display here. A lot of ugly bigotry, too. Racial intolerance aside, you can’t help but wonder, don’t these Virginia officers have anything better to do than throw these two good people into jail? Or chase them out of the state?

Writer/director Jeff Nichols previously made the under-appreciated “Mud” and he knows the look and sound of the rural South.  The small-town excitement of drag racing or the hum of cicadas. 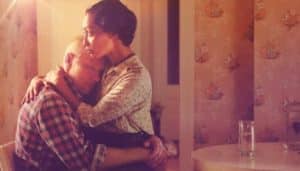 ‘Loving’ is the story of two country folk fell in love and ended up changing a cornerstone of the South’s historic culture. Credit: goldderby.com

He knows the racist South, too. Check out the flicker of disapproval that flashes across the face of a court clerk  (white) when the Lovings get married. Her expression is then eerily echoed by Mildred’s sister when she sees her new brother-in-law pat his pregnant wife’s tummy. Both don’t like what they see, but for vastly different reasons. The former is disgusted; the latter is worried.

Nichols, who also wrote the screenplay, is perhaps too respectful of the Lovings. True, he understands they were simple country folk who fell in love and ended up changing a pernicious law.  Still, his movie feels a little too quiet, a little too restrained. As the often too-bombastic Oliver Stone knows, sometimes history could use a little nudge.

However, you can’t fault the performances. Negga, who is from Ethiopia, does doe-eyed as well as anyone in the business. She has an innate gentleness that makes her situation all the more intolerable. And Edgerton, who suggests an adult version of the banjo-playing, tow-headed, squinty-eyed mountain kid in “Deliverance,” manages to mix level-headed with being a little bit dense. Both are quite convincing.

The film’s most effective moment comes at the very end when we see the real-life photo of the Lovings that ran in Life Magazine. In the movie, their lawyer gets them to allow a Life photographer  (a fine cameo by Michael Shannon) inside their home to take said photo.  In it, they’re curled up watching “The Andy Griffith Show” together. She’s sitting up and he’s lying across the couch with his head in her lap.

That’s “Loving” at its loveliest.