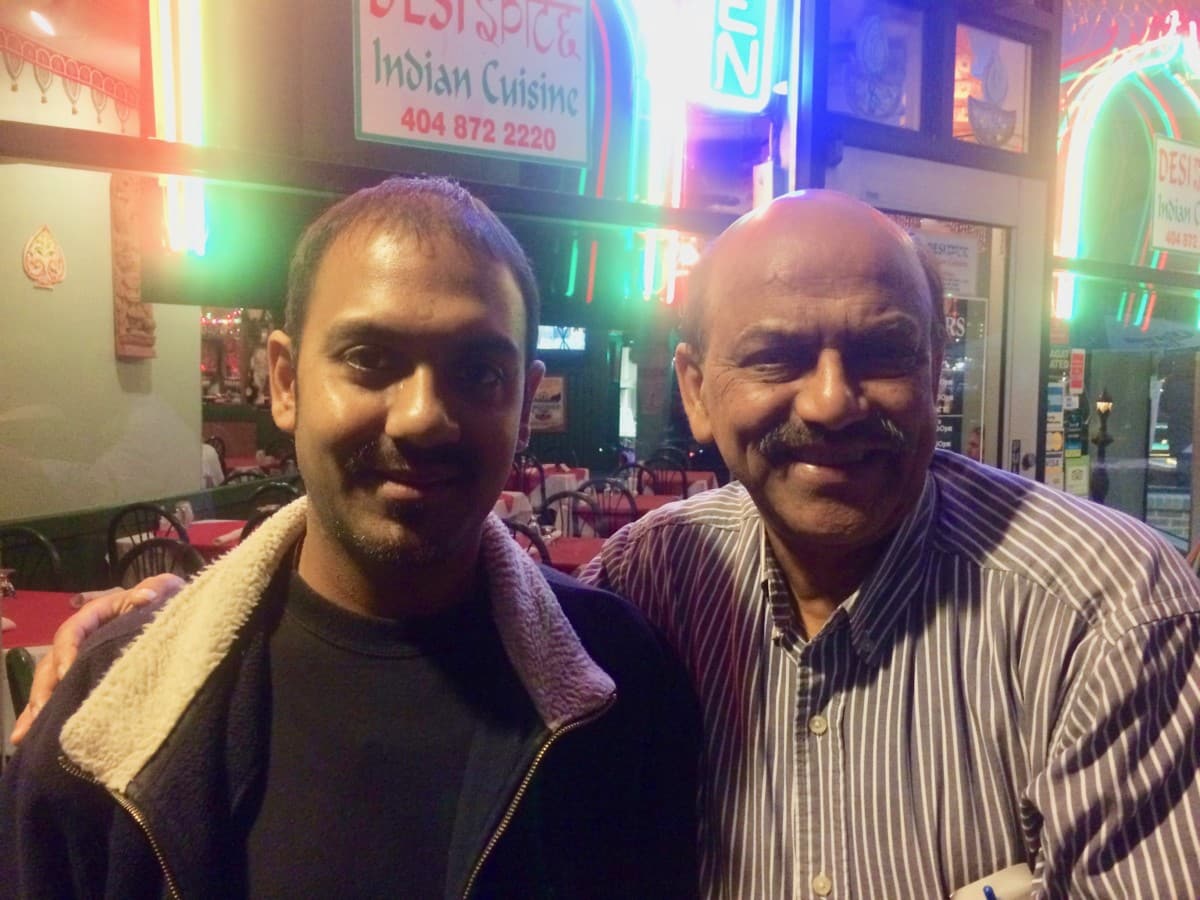 One of Atlanta’s most colorful restauranteurs is retiring.

Mani Roy gained local and national acclaim for serving celebrities and politicians at his Midtown restaurants – Touch of India and most recently Desi Spice.

But last week, Roy sold Desi Spice to another restauranteur, who will keep the same name, the same menu and the same chef.

The main difference will be that Roy will not be there to greet customers with his warm personality and engaging smile. His son, Manab Roy, who has been working with his father for years, will stay on for a month or so to assure a smooth transition. But he too is looking for new adventures. 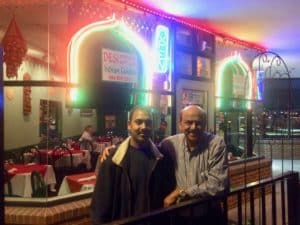 Manab and Mani Roy in front of the Desi Spice restaurant on Jan. 4 – just before selling the restaurant (Photo by Maria Saporta)

Mani Roy made the decision to retire when he went to India last fall. He arrived in Calcutta on Oct. 18.

“My niece bought a cake, and she said: ‘Today is your birthday,’” Roy said. “I didn’t remember. I forgot my birthdays. I realized I was 69 years old. From that time, when my flight left from Calcutta, that’s when I decided, we’re done.”

Upon his return to Atlanta, he put his house on the market and quickly sold it. He also sought out a buyer for Desi Spice. Roy also owns another Indian restaurant in Johns Creek, which he also is planning to sell.

On one of his last nights at Desi Spice, Roy agreed to walk down memory lane – recounting the changes in both his life and in Midtown – a community he helped revive through his Touch of India restaurants on Peachtree Street, which closed on Dec. 31, 2005.

At that time, he opened Desi Spice, located on the upper level of the Midtown Promenade shopping center near the Midtown Art movie theaters.

Touch of India opened on Peachtree Street near 10th Street in 1983 in a small space that it quickly outgrew. It moved a few storefronts away to the corner of Peachtree and Peachtree Place, but then it had to move again when the Margaret Mitchell House wanted the space as part of its attraction.

That’s when Roy became a fixture at 11th and Peachtree streets, in a spot that used to house Brother Juniper’s (for people who remember Midtown’s hippie days).

The walls of Touch of India were lined with photos –complete with autographs – of its star-studded clientele. 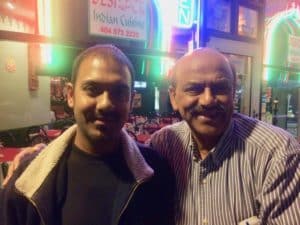 Mick Jagger and the Rolling Stones always made a point to eat there when they were in town – either for a concert or shooting the movie – Freejack.

There was Bono of U2, Def Leppard, the Grateful Dead and Jerry Garcia. There was Mary Wilson, Diana Ross, Janet Jackson, Jermaine Jackson, Sade, Emilio Esteves, ACDC and REM.

Roy remembered when Ted Turner came to his restaurant to introduce him to his new girlfriend – Jane Fonda.

“I made a lot of good friends,” said Roy, who was overcome with emotions. “I’m very sad that I’m leaving the restaurant business, but I’m very happy that I can spend more time with my children and my grandchildren, who are here.”

Roy moved to Atlanta in Feburary 1976, when he went to go work for the Midnight Sun Restaurant in downtown Atlanta. As a native of Bengal, he had moved to London in 1969. when he started working in the restaurant business.

A few months after living in Atlanta, he returned to India, where his parents introduced him to the woman he would marry. They were married in August 1976, and they set up their home in Atlanta. In May, 1977, Manab and was born. And then they had a daughter in 1981

When asked about his arranged marriage, Roy said that his parents had worked everything out.

“In those days, you followed the parents,” Roy said “We are from Bengal, and we’ve been married for 40 years. Here in this country, there’s a lot of choice and not a lot of compromise.”

When Roy opened his first Touch of India in Midtown, it was before it had experienced its renaissance. Roy remembered a couple dangerous encounters that happened right outside his restaurant that he was able to keep from impacting his business.

I first met Roy shortly after he opened. He told me he was going to cook Indian meals for Thanksgiving and deliver them to the Atlanta Union Mission. 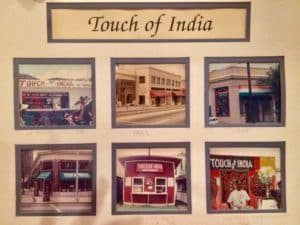 A photographic record of the different Touch of India locations and food stands (Special: Mani Roy)

Ever since meeting Mani more than 33 years ago, I have been a regular customer – bringing my family and friends to taste my favorite dish – the Bhuna Shrimp Puri.

One of the most important moments for Roy was in 2002 when the Bengali-United States Conference met in Atlanta. Roy was able to host the top movie stars and Indian singers from the region. It was a time when he could show off Atlanta to his fellow countrymen.

Although Roy never returned to live in India, he travels there at least once a year to see family and friends as well as monitor his business investments there.

Despite retiring, Roy has no intention of moving back to India.

“Atlanta gave me everything,” said Roy, who currently is living in his son’s home in Peachtree Corners. “I can’t leave Atlanta.”

Previous Article
Georgia to Atlanta: Drop historic preservation effort at Pullman Yard, or else
Next Article
Not exactly a favorite son