MAP International CEO Michael Nyenhuis to be CEO of AmeriCares

Nyenhuis, who has been with MAP, a Christian global health organization, for nearly 19 years —14 as its president and CEO, will leave his post at the end of January. MAP is co-headquartered in Atlanta and Brunswick, the site of its major distribution center.

“I love MAP, its work and people and leave it in good shape and in good hands,” Nyenhuis wrote in an email before sending out the news release.

“The move, really, is a recognition that after nearly 14 years at the helm at MAP, it is time for a new professional challenge,” Nyenhuis continued. “The chance to lead AmeriCares is a great privilege and a testament to all of the good work done at MAP during my time of leadership.”

MAP, ranked by the Chronicle of Philanthropy as the 80th largest nonprofit in the United States, is one of the major organizations in metro Atlanta that focuses on global health and development issues. Other local entities working in related fields include the Task Force for Global Health, the Centers for Disease Control and Prevention, the CDC Foundation, CARE , the Carter Center and MedShare to name a few. 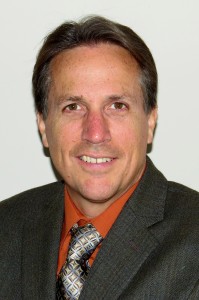 Asked whether he would consider trying to move AmeriCares’ headquarters to Atlanta, Nyenhuis joked about the high cost of housing in Stamford compared to Atlanta.

Then in all seriousness, he added: “the organization has very deep roots in the corporate and philanthropic centers in New York City and Fairfield County that give it a great base of support.”

Nyenhuis, however, said that he already has identified several “nice Emory connections” at AmeriCares, and he expects to keep his ties with Atlanta.

“Since (as you know and keep trying to point out) Atlanta is the center of global health activity, I am certain I will be making trips back from time to time,” Nyenhuis wrote.

During his tenure at MAP, the nonprofit significantly expanded its global medical supply distribution program, built a new state-of-the-art global distribution center, doubled the number of country field offices, implemented innovative community health programs, played a key role in eradicating a disease in West Africa, built and expanded new networks and alliances, and was consistently ranked among the nation’s most effect and efficient charities.

“We are sad to see Michael go and grateful for the excellent leadership he has provide during his tenure as CEO,” said Immanuel Thangaraj, who chairs MAP’s board, in a release. “We understand his desire to take this next step in his professional life and pray for his success in this new endeavor. At the same time, we are excited to identify the next leader who will guide us to even greater heights.”

Nyenhuis said he leaves behind a strong organization with a great board, staff and partners.

“I know MAP’s best days are ahead,” Nyenhuis said.

The board has hired the international search firm of Russell Reynolds Associates to help in its search for a new leaders. The firm has extensive experience recruiting executives in the relief and development sector as well as the faith-based sector.

The board also has appointed Chok-Pin Foo, a former MAP board member who served as treasurer, finance committee chair and executive committee member, as the interim CEO. Foo spent more than 10 years in Microsoft Corp.’s finance department, and he served nine years on MAP’s board until his term expire in March 2013.

“Chok-Pin brings an extensive knowledge of the organization to this new role,” Thangaraj said. “He has visited most of MAP’s offices around the world, is well known and respected by the staff and has the trust of the board. He will provide the continuity, stability and forward momentum we need during this important period in our history.”

Foo said the chance to return to MAP in this role is a great privilege.

“I am thrilled to be able to serve MAP in this new capacity,” he said. “I believe strongly in our mission, the quality of our programs and our staff, and the positive impact we have on people living in conditions of poverty around the world. My intent is to keep all of that functioning at the highest level while preparing the organization for the next CEO.”

MAP International is a global Christian health organization that partners with people living in conditions of poverty to save lives and build healthier families and communities.

Known for its 99 percent  efficiency rating, MAP provides medicines, prevents disease and promotes health to create real hope and lasting change. The organization operates through offices in the United States, Ecuador, Bolivia, Liberia, Côte d’Ivoire, Ghana, Uganda, Kenya and Indonesia, and through partnerships in more than 100 countries every year.

Nyenhuis will succeed Curt Welling, who announced last April his intention to retire when his successor was identified. Welling served as CEO of AmeriCares since 2002, replacing the organization’s founder — the late Bob Macauley, a philanthropist who was in the paper business.

AmeriCares was founded in 1982 as a nonprofit emergency response and global health organization. According to its website, in times of epic disaster or daily struggle, the organization delivers medical and humanitarian aid to people in need worldwide.

(Full disclosure: Michael Nyenhuis has been writing the sponsored Global Health Thought Leadership column for SaportaReport during these past nine months).