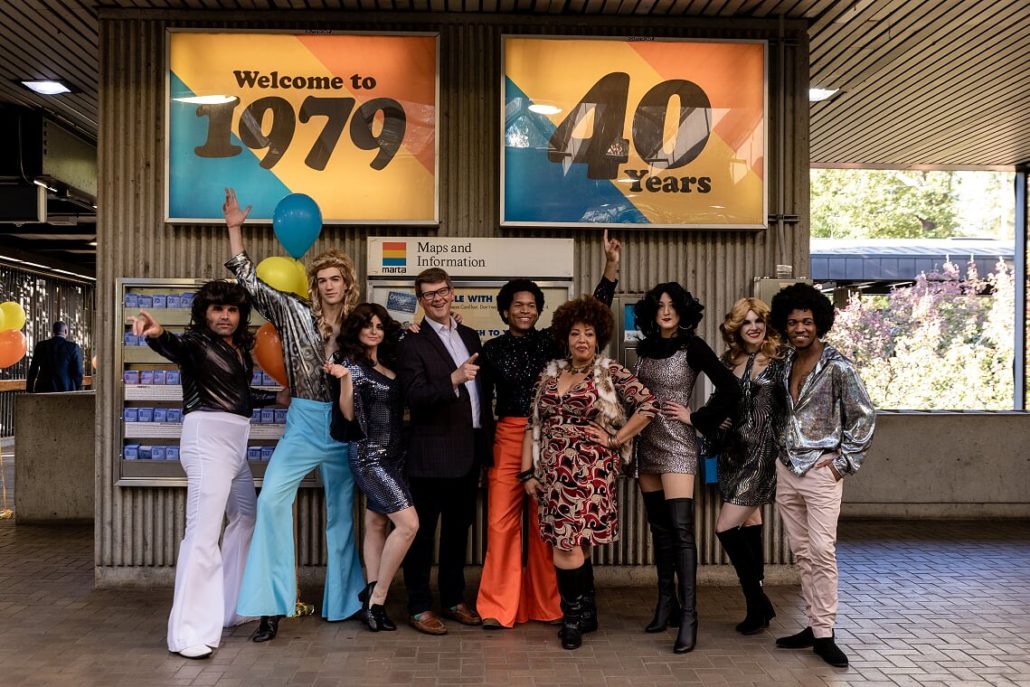 MARTA celebrated the 40th anniversary of combined rail and bus service with a stakeholder reception at Georgia State Station, followed by a free festival and concert near Avondale Station on Sunday, November 3 that drew a crowd of nearly 2,000.

In 1979, MARTA’s first train ran from Avondale to Georgia State. The first ride was the culmination of support from the General Assembly, which created the Georgia State Study Commission on Rapid Transit; then Governor Jimmy Carter, who signed bills to help fund transit; the U.S. Department of Transportation, which approved a nearly $70 million grant for rapid rail and additional bus routes; and support via local referendums. Also critical to MARTA’s story is the late Atlanta Mayor Maynard Jackson, who spoke in favor of transit and recognized its significance in positioning Atlanta as a world class city and economic epicenter.

“The Authority has come a long way in 40 years, and it felt right to celebrate with our supporters. It was a red-letter day,” said Parker. “We have work to do to expand the system so that it meets the needs of a changing city and public, but the anniversary event was focused on celebrating our wins and appreciating the people – elected officials, board members, community partners and private citizens – who support us consistently.”

“Chairing the MARTA Board of Directors is an honor, particularly during a time of such unprecedented growth and expansion,” said Hardage. “I follow in the footsteps of such prominent Atlantans as the late Juanita Abernathy and other early champions of public transit who paved the way for the MARTA of 2019. We celebrate 40 years of service and pay homage to their legacy of dedicated service. I am proud to carry on their work.”

Following the reception, guests were treated to a train ride from Georgia State to Avondale, which mimicked, in reverse, the first ride. During the commemorative ride, guests heard the MARTA story. At Avondale Station, they were greeted on the platform by 70s-themed dancers, a throwback to the theme of the day, “A Ride Back in Time.”

The festival featured a kids’ zone, food trucks, games, and a paint-by-number collaborative art piece by local artist and activist Charmaine Minniefield. The evening concluded with performances from local bands The Mar-Tans and Yacht Rock Schooners