MARTA could be the next local government to try to reform pension packages of staff and retired employees in order to remain a going concern. 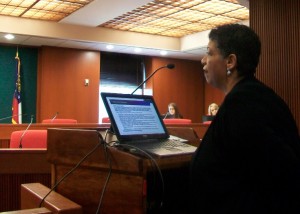 Transit CEO Beverly Scott told a panel of lawmakers Thursday that MARTA’s salaries should be raised and benefits reduced to prevent long-term fiscal shortfalls: “The cash side needs to come up. However, on the benefit side – as well as medical, as well as some portion of legacy pension – there has to be change.”

Atlanta already has undergone a dramatic pension reform that Mayor Kasim Reed touted Thursday to the commercial real estate industry. The reform shows that Atlanta will do what’s necessary to keep property taxes in check, which is a reason to invest in developments in Atlanta, Reed said at the Global Diversity Summit meeting in Buckhead.

Scott made her comments at the outset of a discussion of MARTA’s fiscal condition as it is outlined in a recent audit by KPMG. The forum was a routine meeting of the legislature’s MARTA Oversight Committee, MARTOC, which is comprised of six state senators and seven representatives.

“What we did in old world doesn’t work in the new world,” Scott said. “That is what’s on the table – structural change.”

Sen. Vincent Fort (D-Atlanta) noted that MARTA’s contract with the transit union is up for renewal in 2013. Scott concurred, and said the issue of compensation must be addressed for all employees – both represented and non-represented. About 3,000 of MARTA’s 4,500 employees are members of Amalgamated Transit Union No. 732, according to the audit.

“Be honest and straight-forward, and have the data,” Scott said. “Nobody wants, MARTA employees don’t want, MARTA to be unsustainable and hit the wall.”

Scott said unions have always been reasonable when at the bargaining table during her 35 years in public transit. 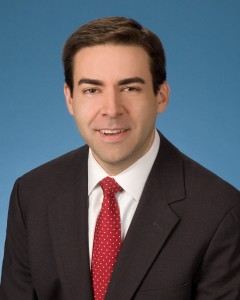 Rep. Mike Jacobs, chairman of MARTOC, raised questions about MARTA’s compliance with the state’s Open Meetings Law and use of taxpayer dollars.

Committee Chairman Rep. Mike Jacobs (R-Brookhaven) also scheduled discussion of other topics, including MARTA’s compliance with the state’s Open Meetings Law during its selection process for a new CEO; work performed by The Business Psychology Co.; and an inquiry into a MARTA contract with saportareport.com.

Charles Pursley, a lawyer for MARTA’s board, said there was not a written notice of all eight meetings at which board members discussed the choice of a successor to Scott. Six of the eight meetings occurred away from MARTA’s headquarters, Pursley said. MARTA has notified the state attorney general of the situation and is working toward a resolution, lawyer Robert Highsmith said.

Jacobs postponed discussion of the contract with The Business Psychology Co. because a board member he had asked to attend, Jim Durritt, was not present.

Scott said the purpose of MARTA buying blog space in Thought Leadership was to produce stories that would explore the benefits of transit. Scott said the MARTA staff had dropped the ball in not producing content, apologized for the situation, and said MARTA staffers have told her they expect to be able to start publishing within 45 days. Scott noted that saportareport.com has published unfavorable stories about MARTA.