The Metropolitan Atlanta Rapid Transit Authority (MARTA) kicked off the 2019 holiday season this past weekend by participating in the Children’s Christmas Parade and unveiling a new mural at East Lake Station. 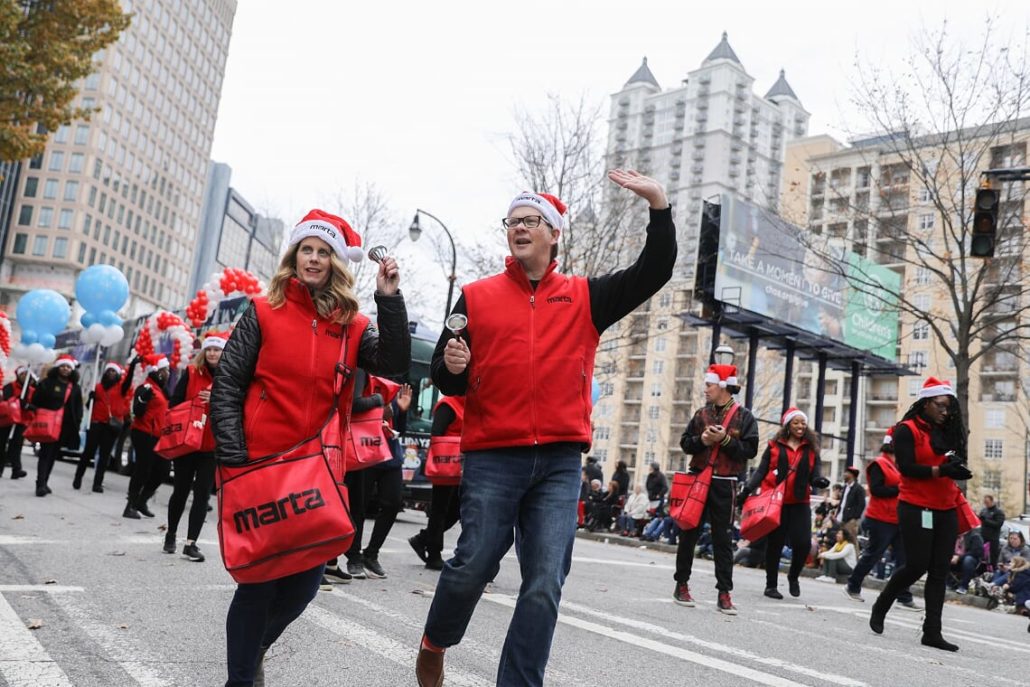 MARTA was proud to present the holiday bus during the annual Children’s Christmas Parade in midtown Atlanta on Saturday morning. The 60-foot articulated bus is the largest of MARTA’s fleet and seats up to 56 passengers. MARTA General Manager and CEO Jeffrey Parker and his wife Erin Harlowe Parker joined MARTA employees in the parade as they passed out candy and teddy bears and offered holiday greetings to those along the route. Erin Harlowe Parker is a behavioral health program manager at Children’s Healthcare of Atlanta, the primary sponsor of the Children’s Christmas Parade. The holiday bus and several others will remain decorated through the month of December. 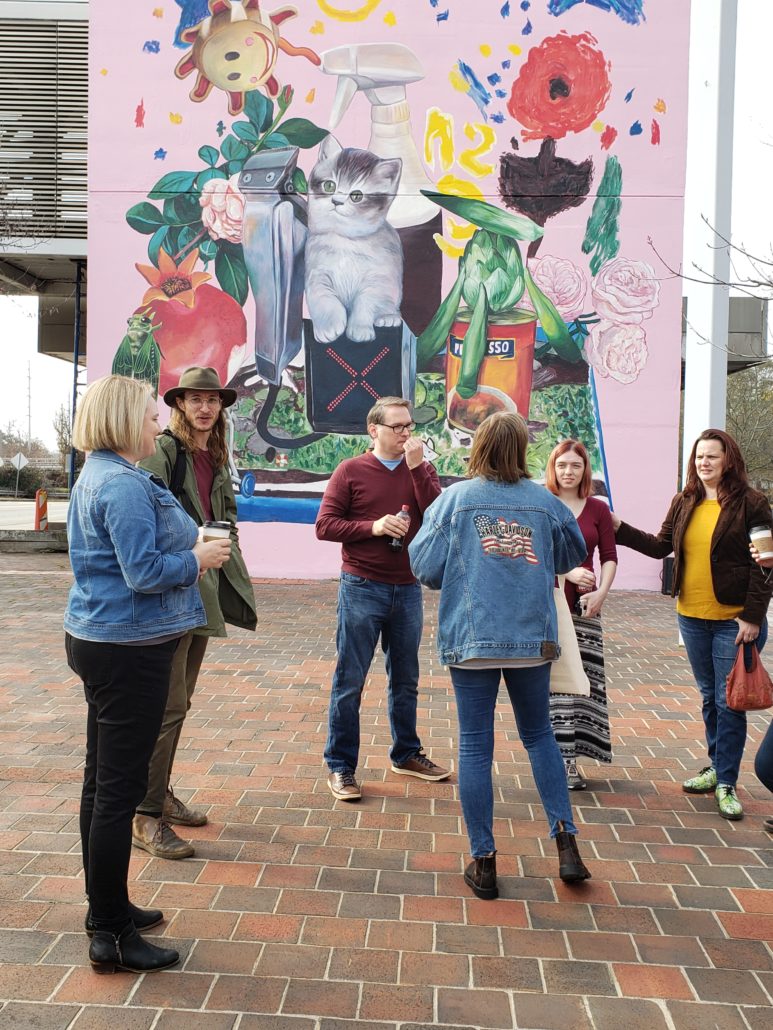 On Saturday afternoon, MARTA employees, public art supporters, and members of the communities surrounding East Lake Station gathered for the unveiling of a new mural installation at the rail station. The mural by artist Nico Romero was inspired by his interaction with members of the Kirkwood, East Lake, Decatur, and Oakhurst communities. Each image in the mural relates to a conversation, experience, or a story told to the artist by someone in those neighborhoods. Those at the event enjoyed coffee and hot chocolate and gathered near the mural for a group photo taken by drone.

The mural installation was made possible through MARTA’s public art program, Artbound. One percent of MARTA’s annual budget is allocated to enhance the ridership experience through visual and performance arts. To learn more visit https://www.itsmarta.com/artbound.aspx.