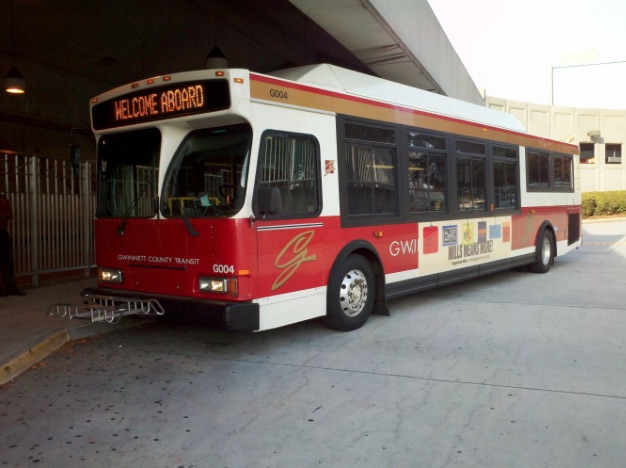 Gwinnett County’s leadership should support the expansion of MARTA into the county, according a polling firm that determined a majority of likely voters would agree to pay a 1 percent sales tax to get MARTA service.

“With likely voters having a favorable image of MARTA and their dissatisfaction with public transportation in Gwinnett County, we recommend supporting the expansion,” is the first recommendation presented by Wilson Perkins Allen Opinion Research. 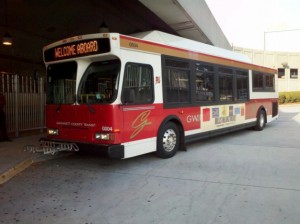 A majority of likely voters in Gwinnett County support a 1 percent sales tax to fund the expansion of MARTA into a county that now operates an independent bus system, Gwinnett County Transit. Credit: nyctransitforums.com

The likelihood of voters approving a MARTA referendum is no slam dunk, according a close read of the cross-tabs in the poll results. Dissension is sharp along traditional political divides:

Here are highlights of the survey, released Thursday:

The telephone survey of 502 likely voters was conducted with a live operator interview on March 18 and March 19. The margin of error is plus/minus 5.7 percent in 95 out of 100 cases, according to the survey results.

Gwinnett chamber President/CEO Daniel Kaufman said the poll results will provide a foundation for upcoming deliberations about promoting economic development and a transportation system to enable the growth. 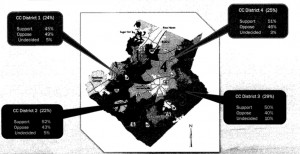 A potential 1 percent sales tax for MARTA has majority support in all commission districts except the one that stretches from north of Norcross to Sugar Hill, and located mostly west of I-85. Credit: WPA Opinion Research

“The issue of transportation has been a major topic of study and consideration throughout the region and the state this year,” Kaufman said in a statement. “Our goal was to take a snapshot of the view of the Gwinnett community on a specific issue related to the overall topic of transportation. The results will be imbedded as part of future community-wide discussions on a comprehensive approach to economic development and the transportation system we will need to support it.”

Chuck Warbinton, executive director of the Gwinnett Village Community Improvement District, said the poll results tell him that county residents are ready to consider transit – on a broader scale than offered by the county-operated Gwinnett County Transit.

“Planning to be a community of tomorrow means we can no longer look at vehicular transport as the only viable transportation solution for suburban counties,” Warbington said in a statement. “As a community, it is important that we have an open and honest conversation on how we will attract 21st century jobs with a transportation network that was primarily planned and built in the 20th century. Based on the results of this poll, the community is ready for that discussion.”