With MARTA, ownership has its privileges and responsibilities 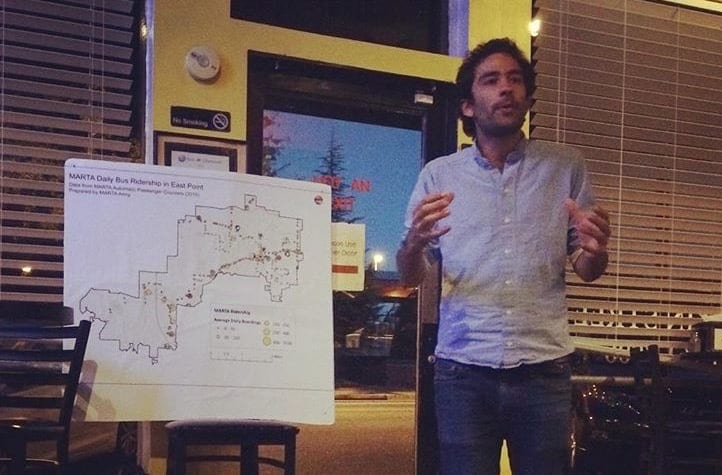 Quick question: When’s the last time you washed a rental car? If the answer is “never,” you’re hardly alone. The timeworn adage that most people take better care of physical assets that they own outright has been confirmed by scientific research and just plain common sense.

However, the innate human impulse to be a good custodian of one’s possessions is attenuated (or disappears) when it comes to public goods such as our transit infrastructure, including MARTA. Our transit system represents roughly $6 billion in public investment, much of it funded over decades with sales taxes and farebox revenues collected in communities that are part of the MARTA system.

But all too often, the rightful owners of MARTA – including taxpayers and paying customers – fail to realize, or have forgotten, that they’re not merely “renting” MARTA on a short-term lease. Every one of us who has contributed to the MARTA system has a fractional stake in its success and a mutual self-interest in enhancing its value and viability over the long haul.

We built it. We own it. We need to act accordingly.

Hopefully, two very promising developments may help more people to correct that fallacy that the transit system’s wellbeing is someone else’s responsibility, thereby connecting the dots between ownership and obligation.

The biggest one of course is the upcoming ballot referendum in the City of Atlanta that would impose an additional half-penny sales tax to fund MARTA bus, train and rail station improvements. If approved by city voters, the new levy would generate an estimated $2.5 billion locally over the next 40 years. If all goes well, those local funds could also be used to attract an additional $3 billion in federal matching money.

Indeed, the City of Atlanta is already collecting an existing penny sales tax to fund MARTA, as are DeKalb, Fulton and Clayton counties. It’s also worth pointing out that the MARTA half-penny referendum is separate from the five-year, four-tenths of a penny transportation local option sales tax that will also be on the November ballot. If approved, the T-SPLOST is projected to raise about $300 million for a wide array of projects citywide. In both cases, Atlanta voters have a rare opportunity to double-down on the substantial transportation and transit investment that has helped propel the city forward and improved the quality of life for its residents.

For more information about the MARTA ballot referendum, I urge you to visit MARTA’s webpage and check out this latest TV ad.

Although it’s on a more intimate scale, another exceptional effort to boost homegrown investment in MARTA at the grassroots level is already up and running. 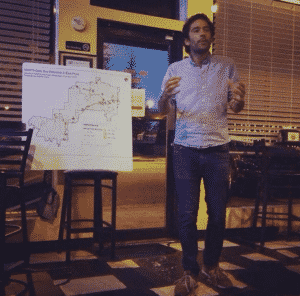 “Operation CleanStop,” has been launched in the City of East Point by the MARTA Army, an all-volunteer group of transit activists and advocates. The army’s goal is to crowdfund the installation of 300 trashcans at MARTA bus stops within the city’s boundaries.

Contrary to popular belief, MARTA’s vendors are only responsible for trash pickups at covered bus shelters, not at bus stops. In fact, most MARTA bus stops have no trashcans whatsoever. Local governments are generally responsible for cleaning the rights-of-way where MARTA bus stops are located, but they often lack the resources to keep these areas litter-free. In East Point, the MARTA Army has stepped in to fill the gap.

Simon Berrebi, who serves as the “general” of the MARTA Army, explained that Operation CleanStop will dedicate a trash receptacle at every bus stop that garners at least $200 in crowdfunding. As part of a memorandum of understanding with the group, East Point has agreed to install and periodically empty the trashcans. In less than a week, the army has raised about $3,000 and Berrebi said the army is planning to expand the army’s latest “mission” to include more MARTA bus stops in other cities.

East Point resident Mary Ann Lee and her business partner Tom Trimble of Red Robin Realtors, jumped at the chance to invest in their community. They have contributed funding for two trashcans at East Point MARTA stops, and plan to fund more. On top of that, Lee and her fiancé are also planning on funding yet another MARTA Army trash can on their own.

“I want our city to be improved and cleaned up and we can start with our streets and around our MARTA stops,” said Lee, who also praised members of the East Point City Council for their support. “We need to do what we can to make our city grow instead of waiting for someone else to do it for us.”

I agree with Lee. And, in the interest of full disclosure, readers should know I was directly involved in the creation of the MARTA Army in my former role as the agency’s spokesman. I have no financial interest in the group; I’m just impressed and proud that the army has continued to work with MARTA while also retaining their independence.

That’s also the reason I’ll be contributing to Operation CleanStop and encourage you to do likewise. As MARTA’s “owners,” it’s time for all of us to put our money where our mouths are.

Previous Article
Summit, Medical Arts by Kelly Jordan #7
Next Article
He missed the bus but eventually got to Atlanta