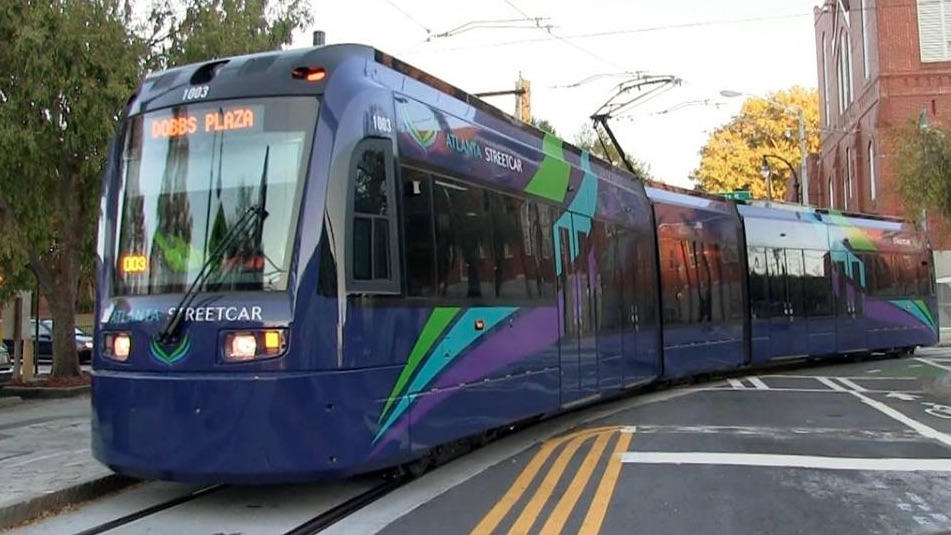 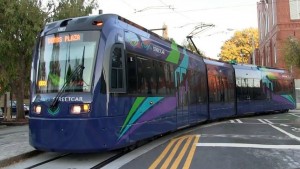 Passengers will ride the Atlanta Streetcar for free in 2015 because there’s no feasible method to collect a fare at this time, according to Atlanta’s commissioner of public works. Credit: walkableapp.com

During the committee meeting, Richard Mendoza, commissioner of the Department of Public Works, said fares won’t be charged because the Breeze card system used by MARTA is not a feasible system to collect fares on the streetcar. Mendoza said problems include the cost of operating the Breeze card system, and that it requires from 10 to 11 steps for a customer to buy a fare on the streetcar.

Mendoza said MARTA and the city have been examining the issue for six months.

The Atlanta Streetcar is committed to collaborating with MARTA to design a fare system that is convenient and sustainable for everyday commuters, visitors and large groups.   The administration’s decision to allow the Atlanta Streetcar to remain fare-free for the rest of 2015 demonstrates our commitment to delivering a best-in-class experience for all riders.

The fare collection system was cumbersome. It wasn’t designed for the streetcar, and at the end of the day, it didn’t make sense for the streetcar. On top of this, developers and entrepreneurs were coming to us, excited about new technology that would work seamlessly with the Streetcar system.

By taking advantage of emerging technology, the Atlanta Streetcar will soon allow riders to use a smartphone app that will include trip-planning tools and provide electronic access to alerts, schedule information, and real-time arrivals.

Fare collection was projected to generate $304,000 in revenue in 2015. The streetcar will offset these funds through private, philanthropic support and operational savings. The Atlanta Streetcar is also operating $870,000 under the proposed budget for the year. Therefore, the loss of fare collection revenue will not cause cost overruns.

Atlanta residents can be proud of its leading-edge, beautiful and transformative streetcar system and everyone can enjoy free service this year as the city works to finalize a fare collection system that achieves the level of excellence Atlantans deserve.