MedShare, a humanitarian aid organization that recycles and distributes medical supplies around the world, has a new CEO and president – Charles Redding.

Redding has been serving as chief operating officer of the organization since 2012. His new role is effective immediately.

He succeeds Meridith Rentz, who served as the organization’s president and CEO for the past three years. “Meridith resigned in early April to spend more time with her family,” MedShare spokeswoman Andrea Berry said in an email. 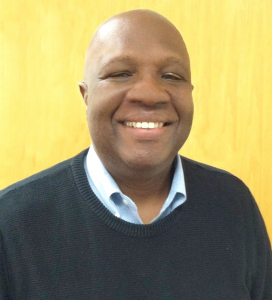 “Charles has a keen global perspective and a strong vision for MedShare’s ongoing commitment to making the world a better place,” said Thomas Asher, chair of MedShare’s board, in a statement.  “What Charles has done for MedShare in just two years is outstanding.  He is the right person at the right time to take our organization to the next level of service excellence for our recipients worldwide.”

Redding has led the company’s efforts to expand into the Northeast by opening a Sorting and Collection Center in Secaucus, New Jersey. Prior to this role, he held a number of senior management positions with Johnson & Johnson (J&J) including the first plant manager for Ethicon in Juarez, Mexico and director of Asia Pacific Operations, where he was based in Shanghai, China and managed facilities in China and India.

His latest role at J&J was that of vice president of Global Operations for their Aesthetic Medicine business. He was responsible for 1,200 employees in the United States, France, the Netherlands, and Mauritius; and he managed a $200 million budget. 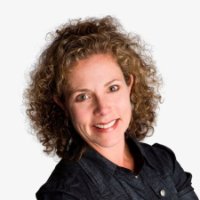 A native of Atlanta, Redding graduated from Georgia Tech with a Bachelors degree in Chemical Engineering, and he received a certificate in Team Management from the Daniel School of Management at the University of South Carolina.

“It’s an honor to be leading MedShare as our 15th anniversary year comes to a close,” Redding said in a statement. “The support and commitment of our board of trustees, regional council members, staff, and volunteers will help us make an even greater impact on the health care of the recipients we serve in local U.S. communities and around the world.”

Founded in Atlanta in 1998, MedShare sources essential, surplus medical supplies and equipment, and delivers them directly to underserved populations worldwide while lessening the impact of medical waste in the United States. Its ultimate goal is to improve the quality of life of people, communities and the planet.

Since its founding, MedShare has mobilized thousands of community volunteers, corporate, hospital, and nongovernmental partners to ship nearly 1,000 forty-foot containers to hospitals and clinics in need in over 95 countries, including free clinics in the United States.

In addition to Atlanta, MedShare has offices in the San Francisco Bay and the New York City metropolitan areas.  For additional information, please click on this link to MedShare.