Of men and monsters; going deeper on #metoo 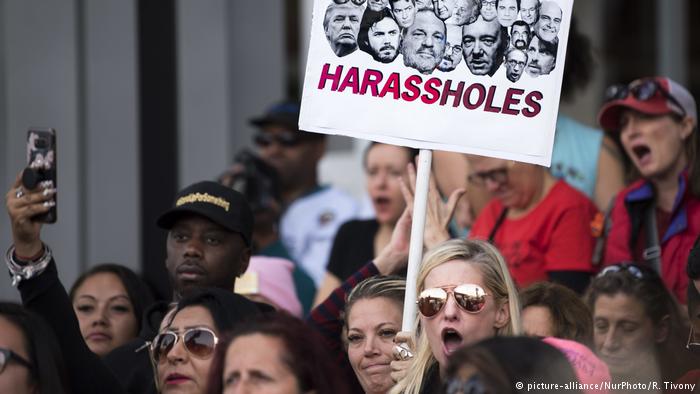 My male friends often call it, “The Sickness.” The term is a not-so-metaphorical reference to our often distracting obsession with women that seems baked into our genes and which, for many of us, is as natural as breathing. 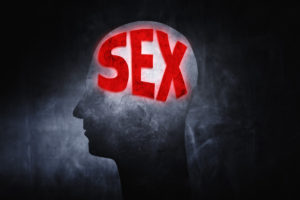 At 57, it’s possible the cross-section of men I’ve known doesn’t accurately reflect our gender as a whole. But after 25 years as a reporter, I’ve been in close contact with an unusually diverse group of (mostly) heterosexual men ranging from presidents to paupers. My unscientific theory is that the vast majority of us harbor The Sickness in varying degrees regardless of age, race, creed or culture even if we’re loathe to admit it openly.

To be clear, there’s a substantive difference between a “healthy” pre-occupation with women and behaving in ways toward them that are immoral, illegal or both. While not all men are guilty, we have a collective responsibility to to stand up and fight for change.

As the rogue’s gallery of sexual predators grows, however, I can’t help but wondering whether The Sickness is an instinctive, and mostly harmless biological urge. Or perhaps, more disturbingly, is it a more virulent strain of masculinity that has been metastasizing and poisoning every aspect of our society?

No, this isn’t a personal mea culpa for some transgression about which I suddenly feel compelled to confess. And I’m not offering a blanket “boys-will-be-boys” apologia for men who have victimized untold numbers of women without facing the censure or punishment they deserve.

I’m hoping instead to elevate and expand the current discussion about sex, power and gender beyond the tabloid-y outrage value of name-checking the celebrity-predator du jour. Here’s the sickening reality: The “#me too” is really just getting started – there are many more such stories yet to surface.

As a father, brother, son, friend and colleague to women whom I will always love and respect, I’m just as concerned about the stories outside of Hollywood or the White House that don’t make the news. I’m more focused on what we can do to stop these disgusting abuses from happening in the first place.

Like many men and women in my circle, I support zero-tolerance policies and robust prosecution against predatory sexual behavior. That includes unwanted advances, harassment, physical or sexual intimidation and of course, rapes – a crime that in some ways is analogous to murder. In a civilized society, those protections should extend to everyone.

But strict polices and law enforcement is just a starting point. We also need to grapple with deeper questions that few media outlets have even seen fit to ask about these stories. This article, “Why Men are So Obsessed with Sex,” by psychologist Steve Bearman is one of the more thoughtful articles I’ve read and is posted on the The Good Men Project blog.

Bearman’s article probes some painful questions that have been on my mind. For example, why is brutish misogyny such a pervasive feature of nearly every human society throughout history? This behavior seems to be an ancient impulse that transcends cultures and continents and ranges from weaponizing rape as warfare, to sexual slavery and wholesale social and political disenfranchisement of girls and women.

Is this impulse to dehumanize women an indivisible trait of the male character? When I raised this issue with one of my closest male friends several days ago, he answered: “Because we’re animals.”

Humans are far more than animals, of course. As a species, we have an unrivaled capacity to create music, art and architecture and to explore the perverse intricacies of quantum theory and other wonders.

But, as my friend was pointing out, our unique and extraordinary abilities don’t exempt us from the raw tendencies of our cousins in the animal kingdom where males also tend to dominate and prey on those who are physically weaker – including females. If this is an affliction borne of primal male biology, how can we begin to change men’s natures and thereby transform our culture?

Maybe doing so is impossible and it’s too soon to be asking these questions. For now, I’m encouraged that more women are increasingly empowered to raise their voices against individuals who have violated them. But unless we fully and openly examine the root causes for these injustices against women, it’s unlikely we’ll get any closer to a understanding and, ideally, preventing them.

Previous Article
Runoff candidate Q and A: Board of Education at large
Next Article
Atlanta closes deal, prepares to start work on Civic Center site