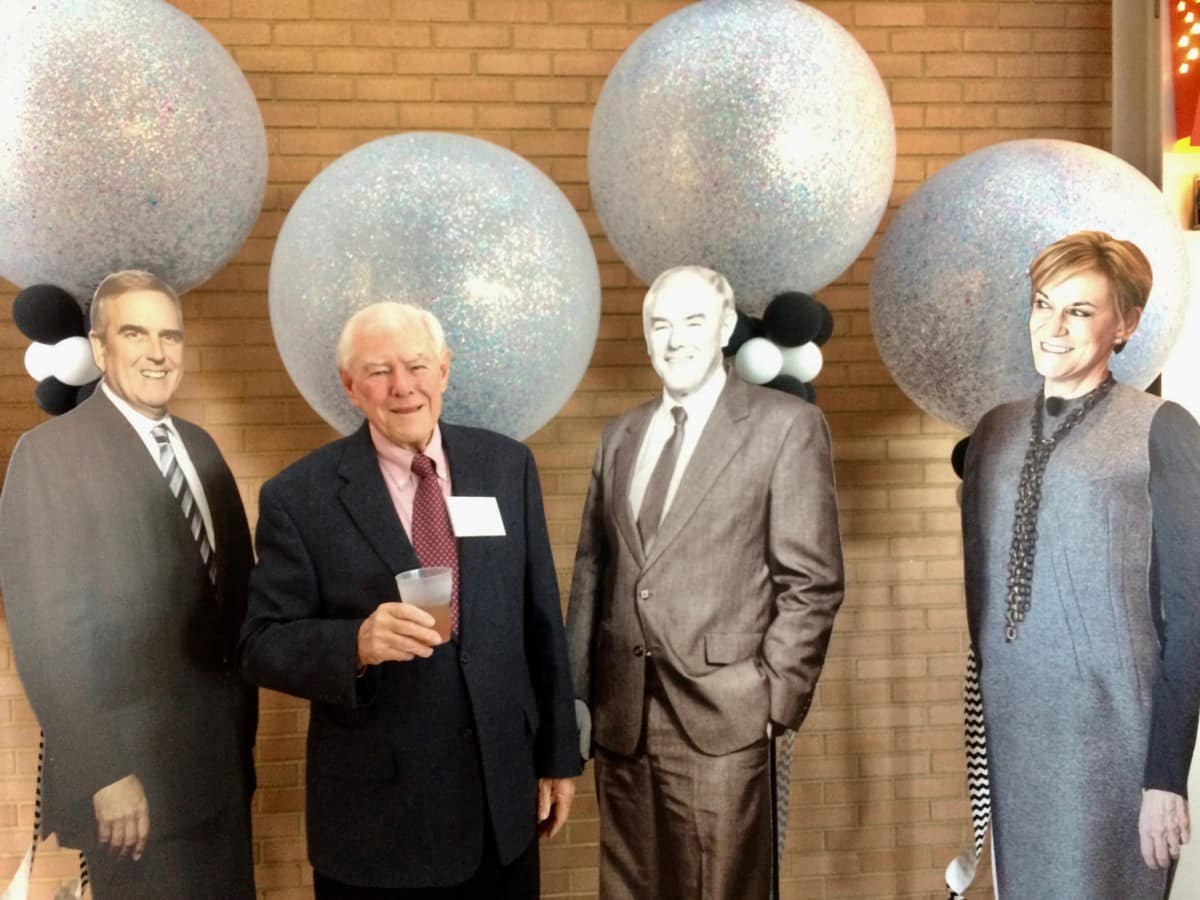 The Metro Atlanta Chamber invited current and former board and staff members to say good-bye to its headquarters building as well as its rooftop pavilion.

The Atlanta Chamber has sold its building to the Georgia World Congress Center Authority, which plans to demolish the building across Marietta Street in order to expand Centennial Olympic Park next year. 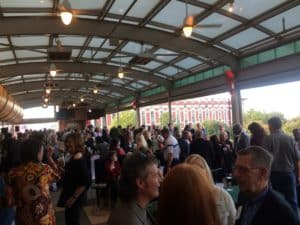 One of the Chamber’s long time staff members, Roy Cooper, sat in a prime position on the rooftop pavilion, remarking how much the city had changed.

Plastic cups had been decorated with the three presidents who have operated out of the Chamber building, which opened in the late 1980s.

In addition to their images on the cups, the Chamber also had reproduced cardboard cut-outs of each of the three presidents. 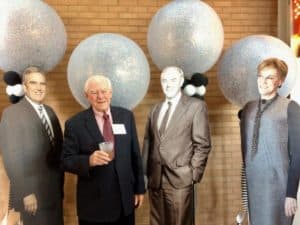 The decision to move from its spot overlooking Centennial Olympic Park, was made during her tenure. The Chamber will be moving to the 191 Peachtree Street.

In several conversations Thursday evening, many people expressed nostalgia about the rooftop and the Chamber having its own highly visible building.

But Jenner Wood was quick to add: “The new space is going to be beautiful.”

The evening reception culminated with a fireworks display – a final splash for people enjoying the view from the rooftop pavilion.