Metro Atlanta needs to learn from D.C.’s Metro by investing in MARTA

When the 2012 LINK delegation of metro Atlanta leaders recently visited the communities of Baltimore, Washington, D.C. and Arlington, Va., the group was repeatedly told that it needed to invest more in public transit — especially its signature system of MARTA.

As a result, the region is paying the price in its real estate market and its appeal to the young, creative class of workers who are essential to the economy of the present and the future.

Washington, D.C. should know. Both MARTA and the Metro system both received federal funds to build an urban rail transit system in the early 1970s. In the intervening period, the greater Washington, D.C. metropolitan area has continued to expand its rail footprint and invested in Metro’s operating base.

Trains run frequently enough for riders to be able to rely on the system as a viable mode of transportation — especially combined with a strong pedestrian network and a bicycle network that includes trails, bike lanes and an extensive bike-sharing program.

By comparison, MARTA has barely expanded from its initial investment, and because of a lack of operating dollars, the system has had to cut back service on both its rail and bus lines. As a result, it is not a reliable mode of transportation for people who have other options. 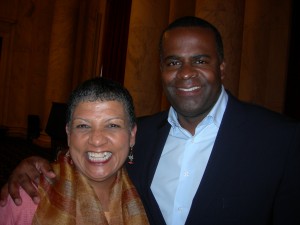 During the closing discussion of the LINK trip, much of the focus turned to MARTA and the need to invest in the system.

“Could we please come together as a region and figure out how to make MARTA our MARTA,” pleaded Beverly Scott, MARTA’s general manager, after the group saw the dramatic comparisons between metro Atlanta and D.C. “We have a $6 billion investment operating at 30 percent of its design capacity. Please, it would be great if we could figure out how to make MARTA our regional MARTA.”

For the record, Scott has been open to reconfigure MARTA so it would be part of a regional entity as well as changing the system’s name to help change the perception of the transit system.

But Scott is in the last year of her contract, and there’s great concern about what will happen when she’s gone.

It also doesn’t help that there has been little to no progress on creating a regional transit system with a new governance structure. A proposal that would have gutted local control of the metro system died in the state legislature.

Robert McCartney, columnist for the Washington Post, said that in 2009 “there was a terrible crash on the Washington Metro system” that killed nine people. The crash highlighted the system’s problems in governance, management and deferred maintenance. 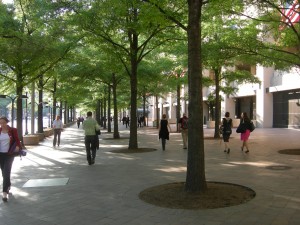 The business community and the regional planning agency joined forces to propose dramatic changes to the system.

“It took a tragedy to get things done,” said Jim Dinegar, president and CEO of the Greater Washington Board of Trade who worked with the Metropolitan Washington Council of Governments to spotlight the operational and governance needs of Metro.

The solution was to have a shared governance structure between the State of Maryland, the State of Virginia, the District of Columbia and the federal government. The federal government then invested millions of dollars to bring the system up to a state of good repair. The solution helped clear up the confusion of who was really in charge of the system.

“We had a blue-ribbon commission with real recommendations,” said Dave Robertson, executive director of the Metropolitan Washington Council of Governments. “It took an outside voice. We can do better than this.”

Showing that the Greater Washington, D.C. area is not so different than metro Atlanta, Bob Buchanan, president of the 2030 Group, summed it up this way.

“Transportation issues are so politicized,” he said. “Everybody is willing to fix it, but they’re not willing to pay for it.”

And then there was another common truth. Rushern Baker, county executive of Prince George’s County, Md., said there is greater understanding that “we can’t grow unless we grow as a region together. Transportation is the one issue that every one agrees can be fixed regionally.” 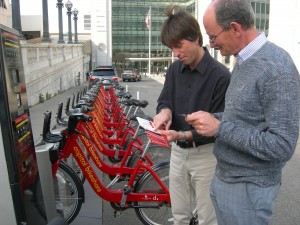 So what’s the message for Atlanta?

For years, there’s been a lack of commitment from the business community to stand up for MARTA when it is tackling other regional issues.

As I’ve asked before, why hasn’t the metro Atlanta business community rallied to MARTA’s defense as it did when Grady Hospital was in trouble?

Rather than wait for a tragedy to occur, the Atlanta business community working with the Atlanta Regional Commission should take the lead to face the region’s transit needs head-on.

A blue-ribbon panel — not driven by the state-controlled legislature — could come up with a series of recommendations on how to develop sustainable funding for MARTA and other transit systems and what kind of transit governance structure would be best for our region.

Currently, all eyes in metro Atlanta are focused on the July 31 referendum on a one-percent regional transportation sales tax.

Although the referendum is a bit of mixed bag for MARTA (revenues from the tax can’t go towards MARTA’s existing operations), it will include $600 million to help bring the system to a state of good repair.

Of course, MARTA has stated that it needs closer to $2 billion to get the system where it needs to be. The transit agency also needs to have flexibility on how it is able to spend its tax revenues rather than an unworkable restriction that says 50 percent goes to capital and 50 percent goes to operations.

The bottom line, however, is that whether the referendum passes or fails, MARTA will need all the love, support and money it can get from metro Atlanta’s business and civic communities.