We have come so far in this country in our efforts to bring forth harmony among all people – black and white, conservative and liberal, Democrat and Republican.

We have made great strides on so many issues when we have worked together for the common good.

In the South, and in our own city of Atlanta, we have emerged from the dark days of racial division that preceded the Civil Rights movement. Here, in Atlanta, we collectively made a conscious decision to usher in a movement of progress and prosperity for all in building a global mega- region.

Atlanta became the city “too busy to hate” by focusing on economic development that fostered the principles of equity, inclusion and diversity. Our community leaders brought together a coalition of black and white leaders to the table. They worked in a spirit of inclusion and transparency. 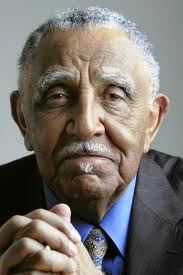 It was this foundation that allowed us to be chosen many years later as the host city for the 1996 Olympic Games.

However, I am troubled now that the Atlanta region – which has traveled so far together – is on the verge of squandering our future progress and prosperity over an issue that should see no boundaries: Transportation.

Unlike many other social issues that have often divided us, the need for safe, reliable and affordable transportation is truly universal. Unfortunately, I fear that divisions are being unnecessarily created over an opportunity to improve transportation that should benefit us all.

The Atlanta region is now at a crossroads. The Transportation Investment Act of 2010 passed by state lawmakers presents us with a critical choice: Will metro Atlanta approve a penny sales tax referendum to finance major transportation improvements across the 10-county region?

How we answer that question when the vote is held next July will show the rest of the nation – and the world – whether we are still “too busy to hate.” First, however, we must bring everyone to the table before decisions are made to ensure a diversity of views and opinions are represented.

The best and only way for the voters of this region to have full confidence in the process leading to next year’s referendum vote is to guarantee they have a genuine stake in the outcome of decisions that are being made.

But so far, we’ve gotten off to a rocky start.

The first serious misstep was the treatment of MARTA in the legislation. As it stands now, the law explicitly states that MARTA cannot use any of the funds the sales tax would generate to pay for operations of its existing system.

As you know, the citizens of DeKalb, Fulton and the City of Atlanta have been paying a penny to support MARTA for more than 30 years. If the referendum passes, those citizens would wind up paying two pennies for transportation while most of the other metro counties would pay only one.

Unless the law is changed, this will place an unfair burden on those who have made great sacrifices to fund MARTA, which is an asset to the entire region.

If we truly wanted to start out on a level playing field, MARTA would be free to manage its own finances, and the citizens of the other eight counties in the region would be willing partners to help support MARTA.

Lawmakers should have used this referendum as a way to right the wrongs of our past in this state by demanding equity for MARTA and, by extension, those who had the foresight and courage to make it a crown jewel of transit.

The second misstep was the selection process for the Executive Committee of the Regional Roundtable, the group of elected officials charged with selecting projects to be funded by the new sales tax.

Originally, the committee was composed of all white men, mostly from the suburbs. This glaring imbalance prompted Rep. David Ralston, Speaker of the state House of Representatives, to intervene and request that Atlanta Mayor Kasim Reed be added to the executive committee.

The painful truth is that Ralston, a white Republican from the north Georgia mountains, should not have been involved in such a local issue.

It’s also telling that other committee members failed to recognize that they did not reflect the region’s diverse demographics. It certainly was obvious to many average citizens in Fulton, DeKalb or the City of Atlanta, who collectively represent 40 percent of the vote within the 10-county region.

A similar misstep was brought to light by Mayor Reed last month. During a meeting of the Regional Roundtable, Reed pointed out that a team of consultants selected to manage the $5 million referendum campaign is also exclusively composed of white men.

It is my understanding that proposals for this critical work were received from several credible firms with diverse teams, teams that would have been representative of the entire community.

As has happened too often in the past, those firms were not selected.

We know better, so now, we must do better. We should be wise enough to avoid these divisive situations. The governor or the speaker should not have to rescue us from ourselves every time we make a mockery of this public process.

If we continue on this current path, this referendum that would mean a renaissance for the Atlanta region – a new birth for the city that has risen like a phoenix so many times before – will fail.

Instead, we must build coalitions to ensure that diversity and inclusion are the first considerations for all decision-making, so that the voters – all of them – can trust that this process has been an honest and straightforward one.

If it isn’t, this referendum, and our hopes for a better transportation future, will have been in vain.