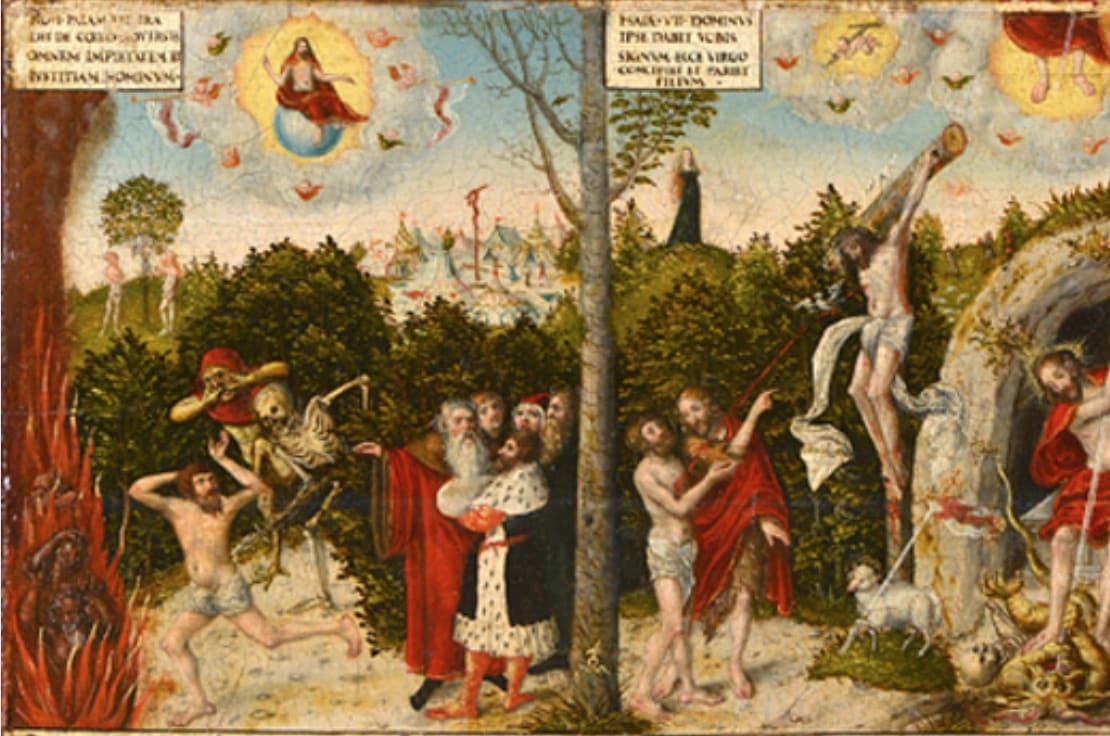 The legacy of Martin Luther King, Jr. in Atlanta helped attract to Emory University an exhibit of rare items related to Protestant reformer Martin Luther as part of the 500th anniversary celebration of the Reformation, in 2017. Emory is one of three sites in the nation to host such an exhibit of German materials. 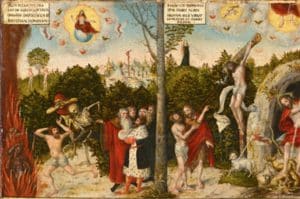 Lucas Cranach’s 1536 painting, ‘Law and Grace,’ said to illustrate Martin Luther’s concept of salvation through God’s grace alone, is the centerpiece of a three-month exhibit at Emory University. Credit: emory.edu

“The German team was convinced that the alignment of Martin Luther, Dietrich Bonhoeffer and Martin Luther King, Jr. made Atlanta a natural location for one of the three American exhibits,” M. Patrick Graham, Margaret A. Pitts Professor of Theological Bibliography and librarian, said in a statement.

Bonhoeffer tends to be lesser known than his companions in this exhibit. He was a German Lutheran pastor and theologian whose participation in an unsuccessful attempt on Adolph Hitler’s life resulted in his arrest in April 1943 and his execution by hanging in April 1945. Bonhoeffer’s influential works include “The Cost of Discipleship” and “Letters and Papers from Prison,” written during his incarceration.

Emory is one of just three sites in the U.S. where items related to Martin Luther are to be displayed in the exhibit, titled, “’Here I Stand…’ – Luther Exhibitions USA 2016.

Emory’s exhibit at the Candler School of Theology’s Pitts Theology Library will be joined by simultaneous exhibits at the Morgan Library and Museum in New York City and the Minneapolis Institute of Art. Most items have never left Germany, according to Emory. 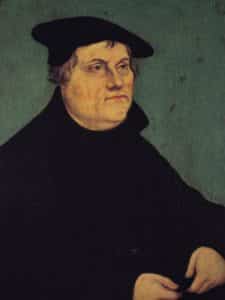 The Emory exhibit opened Oct. 11 and closes Jan. 16, 2017. It is open to the public during normal museum hours. Four tours are scheduled and additional tours can be arranged for adults and children, according to a statement from Emory.

The centerpiece of Emory’s exhibit is Lucas Cranach’s painting, “Law and Grace.” Completed in 1536, Emory’s statement says it, “illustrates the essence of Martin Luther’s reform: The Concept of salvation through God’s grace alone.”

The Germans suggested the Cranach painting be the center of Emory’s event.

“The proposal from the German project team to make the Cranach painting the centerpiece of the Pitts exhibit was sheer genius, since it is this painting that is the German Reformation’s most significant contribution to the graphic arts,” Graham said. “The painting not only captures the message of Luther but is so memorable and evocative that it rewards all who consider it carefully.” 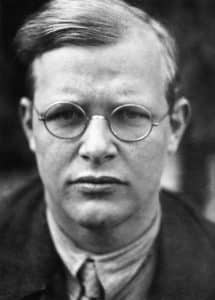 Emory will pay particular attention to the work during a daylong celebration on Oct. 27. The theme of Reformation Day at Emory is, “Law and Grace: Martin Luther, Lucas Cranach and the Promise of Salvation.”

The program of events explains the thinking behind the focus on Cranach’s work:

“This year’s program takes as its starting point the renowned Reformation painting of Lucas Cranach the Elder, ‘Law and Grace,’ and explores from the standpoints of art history, biblical studies, and theology.”

The morning of Oct. 27 is to be filled with an opportunity to tour the exhibit gallery, hear a presentation by Graham regarding recent acquisitions, and a service at Cannon Chapel followed by a luncheon musical program featuring the Candler Singers. 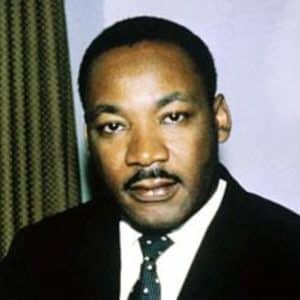 Information: Click here for program details,  tour dates and to see about making a tour reservation.