Atlanta’s MOST approved after campaign similar to transportation sales tax

Left with no viable “Plan B,” nearly 18 percent of Atlanta’s registered voters turned out Tuesday to pass the extension of the penny sales tax for sewer improvements by an overwhelming margin.

The outcome has implications for the upcoming referendum on a regional 1 percent sales tax for transportation improvements. There is no “Plan B” in that campaign, either.

In the sewer tax campaign, Atlanta voters were told that “Plan B” was for water rates to rise by as much as 30 percent if the 1 percent sales tax were not extended. In the transportation sales tax, voters are being told that there is no “Plan B” to fund mobility improvements if the proposed sales tax is rejected.

Of note in Tuesday’s election was the outcome of the only fund-raising measure on the ballot in metro Atlanta. Marietta voters approved a $7 million school bond by a 53-to-47 percent margin, in unofficial results. The money will help build a theater at Marietta High School.

The sewer tax in Atlanta is on most goods and services in the city. Its passage will hold the line on water rates paid by consumers in Atlanta, as well as in Sandy Springs and other areas that buy water and sewer from Atlanta. 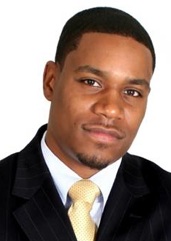 In Atlanta, just over 17.7 percent of voters turned out to pass the 1 percent sales tax. The turnout of 41,533 voters was about half the number who voted in the 2009 run-off election for Atlanta mayor. The run-off attracted about 11,000 more voters than the general election.

The sewer sales tax was approved by 85.4 percent of votes cast, according to incomplete and unofficial results from the Fulton County Board of Registration and Elections.

Provisional ballots have yet to be counted, and the board has to certify the election results for the county to become official.

MOST campaign manager Justin Giboney said before the election that he was hopeful the measure would pass as voters became educated about the issue. Mayor Kasim Reed was the primary spokesman delivering the message.

“There never was a whole lot of opposition – no party line dissension or anything like that,” Giboney said. “The only opposition was maybe a lack of information, and I think we’ve done a great job of fighting against that.”

Reed served as the campaign’s primary spokesman. Former Mayor Andrew Young served as campaign chairman, and the treasurer was Robert Highsmith, an Atlanta attorney who also served as treasurer of Reed’s mayoral campaign.

“Our focus has been putting the facts out there and advocating for this,” Giboney said. “We’ve been taking people to the polls [for early voting, robo calls, activities like that.”

Results from three different neighborhoods provide a snapshot of the results: