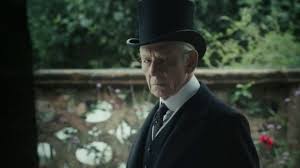 "Mr. Holmes" - a look at Sherlock Holmes later in life

When it comes to movies about Sir Arthur Conan Doyle’s great detective, Sherlock Holmes, things are not always so elementary.

We’ve had a dashing Holmes (Basil Rathbone in countless films from the ‘30s and ‘40s), an addict Holmes (Nicol Williamson in “The Seven-Per-Cent Solution”), an adolescent Holmes (Nicholas Rowe in “Young Sherlock Holmes”), a closeted Holmes (Robert Stephens in “The Private Life of Sherlock Holmes”), a super-hero Holmes (Robert Downey’s recent outings), even a singing/dancing Holmes (Fritz Weaver in the 1965 Broadway musical, “Baker Street.”)

Now we’ve got a hauntingly human Holmes. As played by Ian McKellen in the fine new film, “Mr. Holmes,” this is Holmes in his dotage (and re-imagined as a real person). 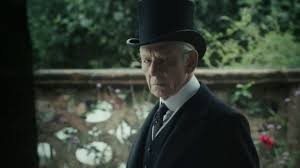 “Mr. Holmes” – a look at Sherlock Holmes later in life

The year is 1947, and Holmes is now a frail 93. He’s long since abandoned Baker Street (it was always a fictional address anyway, invented by his dear friend and resident Boswell, Dr. Watson) and retired to bucolic bliss somewhere south of London.  He lives there with a widowed housekeeper (Laura Linney) and her ever-curious, fiercely adventurous young son, Roger (Milo Parker)

This Holmes never wore a deerstalker hat and prefers cigars to pipes. His fame has brought him astonished “That’s him!!” whispers when he ventures out. It’s also made him the “last resort” for every little old lady who needs help finding her lost cat or for turn-of-the-century conspiracy theorists who swear they know who Jack the Ripper is.

“I think I was real once,” he ruefully admits to Roger. “Until John Watson made me into a fiction.”

It’s one of Watson’s fictions that’s bothering Holmes — that and his slow decline into an Alzheimer’s-like fog. The film takes the form of stories within stories. In one, Holmes travels to Japan and scours the hideous ashen scar of Hiroshima in hopes of finding an antidote to his decline.

In another, he revisits that final case  —the one over 30 years ago that resulted in his retirement.  Holmes knows he (and Watson) got something wrong and it is increasingly imperative to him that he remember what that something was.

Director Bill Condon earlier collaborated with McKellen on the admirable  “Gods and Monsters,” which was about James Whale who directed the Karloff Frankenstein movies. This film has something of the same mix of nostalgia, melancholy and sly wit. It is also, without doubt, a most elegant elegy for a fictional character who was always more in love with facts than meaning.