Muhammad Ali had a special relationship with Atlanta 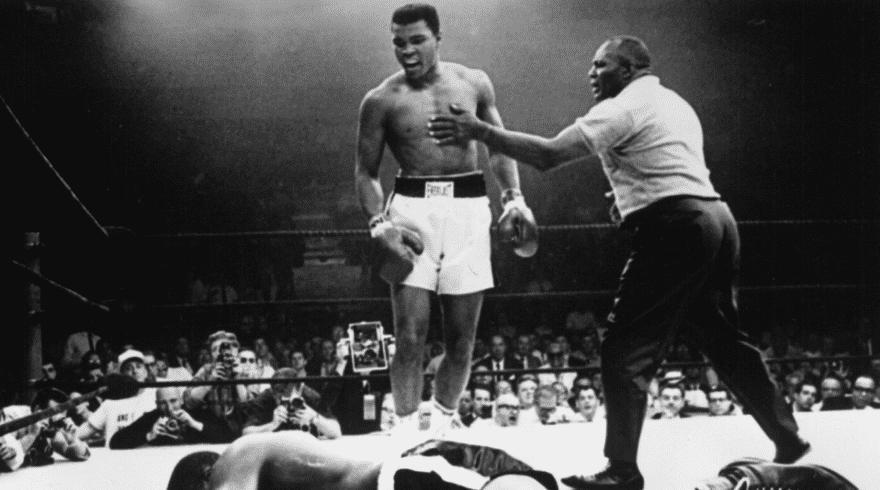 For nearly five decades, Muhammad Ali has had a special relationship with Atlanta.

With the passing of “the Greatest” on Friday at the age of 74, it is an appropriate time to reflect on Ali’s relationships with Atlanta – two that are well-known events and two relationships that are less known.

The two historic events that happened in in Atlanta during his life took place nearly 26 years apart.

On Oct. 26, 1970, Ali returned to the boxing ring after a hiatus of more than three years for evading the draft as a protest to the Vietnam War. He won the fight against Jerry Quarry, a heavy weight, in the Municipal Auditorium – now the Dahlberg Hall and a parking lot for Georgia State University.

And then at the Opening Ceremony of the Summer Olympic Games in July, 1996, Ali carried the torch that lit the Olympic Cauldron – a heart-warming surprise for everyone watching in person and on TV.

But Ali had two other special relationships with Atlanta – both of them related to his health. 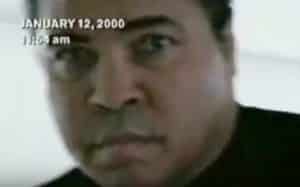 WebMD used the occasion to announce a partnership with Muhammad Ali and Lance Armstrong – two the most famous athletes in the world who were battling illnesses. Ali had Parkinson’s, and Armstrong had cancer. Both agreed to be faces for WebMD – to show how people could get greater control over their own health.

Before the game, Arnold told me to come visit his three suites at the Georgia Dome. Ali would be in one, and Armstrong would be in another. But he told me to come by the WebMD Ali suite in the first quarter because that would be when Ali’s WebMD commercial would be making its debut – and that way I would be able to see his reaction.

Arnold said the commercial was unique because it would be the first time in nearly 20 years that Ali would be filmed boxing for exercise. For him, he wanted Ali to be seen as an athlete rather than as a victim of Parkinson’s.

When the Ali commercial  aired, the athlete known as “the Greatest”  was transfixed on the television screen

I approached him – asking what he thought of the Super Bowl ad featuring him. Ali, a man of few words, shared only one word: “Beautiful.”

The other important relationship Ali had with Atlanta is not well known.

The doctor who treated Ali for Parkinson’s was Atlanta’s own – Dr. Mahlon DeLong, the William Timmie Professor of Neurology at Emory University – one of the national leaders in the treatment of Parkinson’s.

Dr. Delong had been treating Ali since 1994 – three years after he had come to Emory from John Hopkins University. 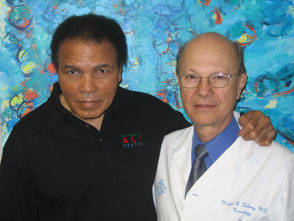 On April 8, 2010, at the Foundation of Wesley Woods’ Heroes, Saints & Legends dinner at the St. Regis Hotel, Dr. DeLong was one of the honorees.

His award, however was overshadowed by two guests who had come to honor him – Yolanda “Lonnie” Ali and Muhammad Ali, who came in a wheelchair.

It was Lonnie Ali who spoke on their behalf.

“I remember walking in his office,” Lonnie Ali said of her first time meeting DeLong. “[Muhammad Ali] was doing really well then. [DeLong] was going through the different assessments. I told him, ‘He will be your most difficult patient.’ I think Muhammad has lived up to that.”

Then Lonnie Ali ended her comments saying: “I’m so proud to be part of the Emory family.”

That relationship was reinforced on March 15, 2014 at the Ritz-Carlton Buckhead, the Foundation of Wesley Woods honored Lonnie Ali in her right. She had been managing her husband’s business affairs and was serving as his main personal caregiver.

“I don’t usually accept awards on my behalf,” she said when thanking Wesley Woods for the award. “Usually I do it on my husband’s behalf.”

In aa 1998 interview with the Atlanta Business Chronicle, Dr. DeLong made a point of publicly stating that Ali had Parkinson’s – a fact some had questioned.