The “2013 “Salute to Greatness” dinner — the biggest annual fundraising event for the Martin Luther King Jr. Center for Nonviolent Social Change — will be held on Saturday, Jan. 19 at the Atlanta Hyatt Regency Hotel — honoring two men from different parts of the world.

One award will honor Professor Muhammad Yunus, the Nobel Peace Prize laureate who is known as the “father of microcredit.” As the founder of the Gameen Bank, Yunus has helped transform impoverished communities through enlightened business practices. Yunus, who was born in what is now known as Bangladesh, has visited Atlanta several times in the past few years, expressing interest in starting a Gameen Bank in Atlanta. 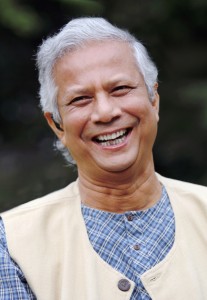 The other award will honor Daniel P. Amos, the chairman and CEO of Aflac Inc., which is based in Columbus, Ga.

“The King Center welcomes the opportunity to honor one of our world’s great humanitarians, Professor Muhammad Yunus, the pioneering leader of the ‘microcredit’ movement, which has empowered millions of women to lift their families out of poverty,” said Bernice King, who took over as CEO of the King Center 11 months ago. “We are also honoring Aflac, Inc., for their innovative corporate citizenship and stellar example of social responsibility in communities across the nation.” 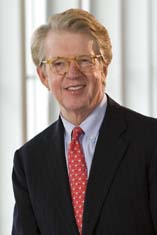 The 2013 Salute to Greatness will be the first dinner that has been organized by Bernice King as the Center’s CEO, and she is bringing her own stamp to the event.

At the dinner, the King Center will unveil and present the Inaugural Coretta Scott King A.N.G.E.L. Award (‘Advancing Nonviolence through Generations of Exceptional Leadership’), to recognize promising young leaders (ages 12-25) and to award a youth organization/initiative that exemplifies exceptional leadership in the areas of peace, social justice and nonviolent social change.

The recipients of the first annual A.N.G.E.L. Award are Alec Loorz, founder of Kids vs. Global Warming; and the Birmingham Campaign’s “100 Days of Nonviolence” initiative — with Birmingham City Councilman Jay Roberson accepting that award.

In a statement, Bernice King said the awardees “exemplify the spirit of youth activism for environmental progress and the pursuit of social progress through my father’s philosophy and methods of nonviolent conflict reconciliation.” 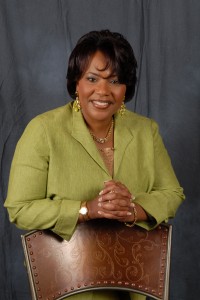 Over the years, the Salute to Greatness dinner has recognized some of the top leaders and companies in the country, if not the world.

There will be a reception prior to the dinner in the foyer outside the ballroom beginning at 5:30 p.m. and an ‘Afterglow’ reception in the Regency Ballroom following the dinner. Sponsors of the Salute to Greatness Awards Dinner include: the Coca-Cola Co.; Mercedes-Benz USA; Newell Rubbermaid; Delta Air Lines; Allstate; Cox Media Group; Kaiser Permanente; Wells Fargo; the Home Depot; the Captain Planet Foundation; and others to be announced.