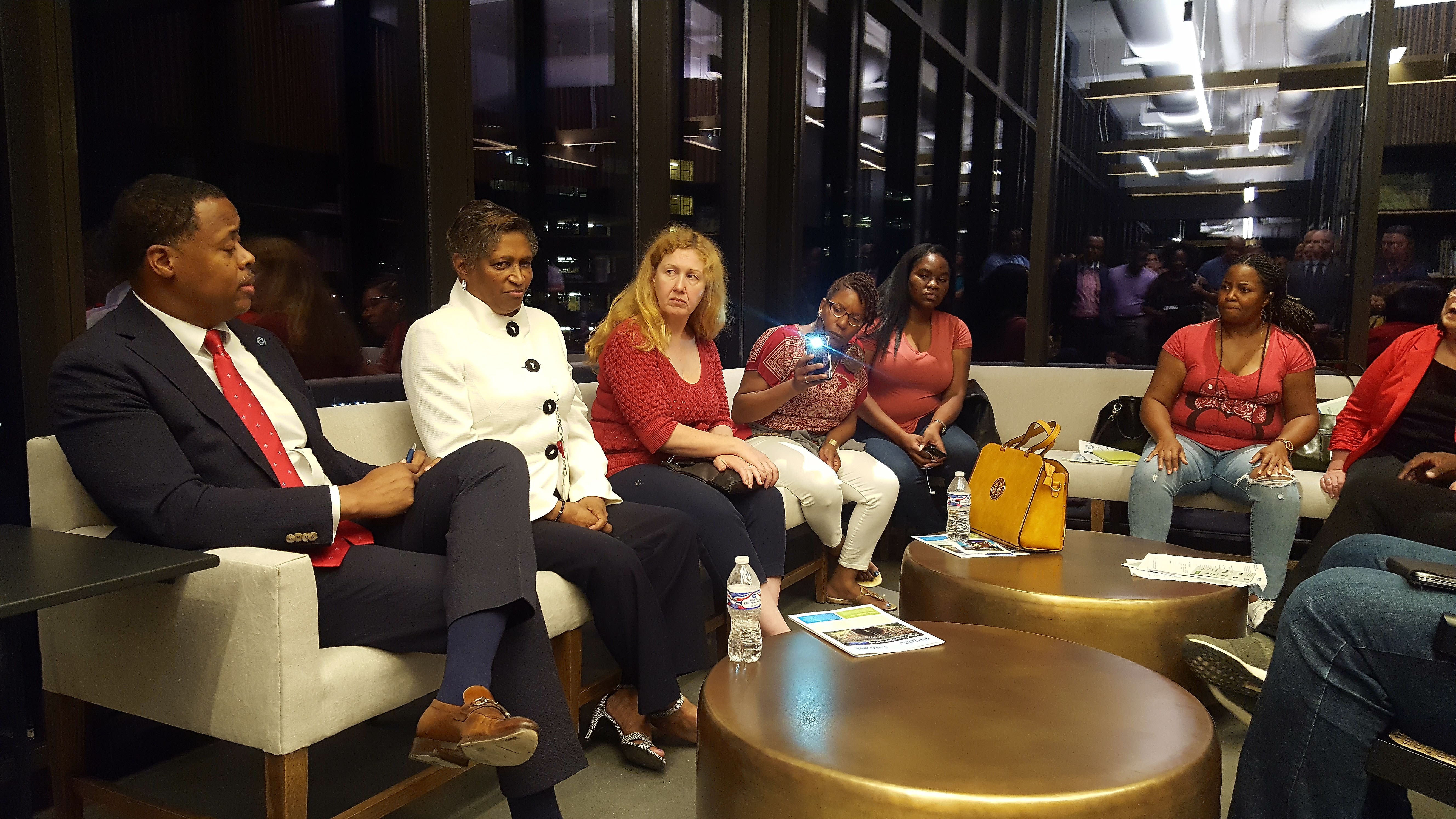 What could become of Murphy Crossing, the 20-acre Southwest Atlanta property neighboring the Beltline’s Westside Trail, is anyone’s guess.

But neighbors of the potential redevelopment site—residents of Oakland City, Adair Park, and Capitol View—want to ensure whatever happens there gels with the surrounding culture and doesn’t spur mass displacement.

And while Atlanta Beltline, Inc., the owner of the property, pores over developers’ proposals that could determine Murphy Crossing’s future, those neighbors feel left in the dark. That much was abundantly clear during the Beltline’s quarterly update meeting on Tuesday, when a cohort of concerned neighbors called foul on ABI officials’ reluctance to share details of the procurement process.

The group, spearheaded by a handful of neighborhood leaders, has said in the past—and reinforced with community surveys—that Murphy Crossing’s rebirth shouldn’t include the likes of Walmart or Ponce City Market, and it should feature affordable housing, an educational component, and other services that empower the community, rather than overhaul it with posh amenities.

Essentially, these neighbors are just hoping Beltline officials will let them know which developers are eyeing the spot, what they aim to do with it, and what criteria ABI is consulting during the decision-making process. “How do you know what developer to vet,” asked Capitol View Neighborhood Association president Christie Peters during the meeting.

But, said Beth McMillan, the Beltline’s planning and community engagement director, “That’s not the advice we’re receiving from our lawyers.” The legal team, it seems, has suggested officials play things close to the vest during the ongoing procurement.

But according to Matt Garbett, a community activist and urbanist blogger with ThreadATL, the Beltline doesn’t have a legal obligation to keep these matters a secret.

Garbett has been prodding the Beltline’s legal counsel with open records requests regarding the request for proposals (RFP) for the purchase and redevelopment of Murphy Crossing, but to no avail.

“ABI will continue to follow its procurement policy and take all necessary and appropriate steps to preserve the integrity and confidentiality of the selection process,” wrote ABI assitant general counsel Michelle Thomas in an email to Garbett that was obtained by Saporta Report.

And in an email to Thomas, Garbett said, “This doesn’t seem like a very open process, which is odd considering one of the requirements in the RFP is ongoing community engagement.”

In the Beltline’s defense, project CEO Clyde Higgs stayed after the quarterly meeting to hear the neighbors’ qualms with the procurement process. That didn’t quell their concerns, though.

Kyle Lamont, president of Oakland City Community Organization, likened the Beltline’s behavior on Murphy Crossing matters to “the investors next door”—the individuals and firms who buy up trailside property and sit on it while property values rise so they can sell for a profit.

Asked when ABI might choose a developer to take over and reimagine Murphy Crossing, Higgs told neighbors only, “It is a priority.”

But with a potentially major development that could help dictate the way neighborhoods around Murphy Crossing evolve for decades to come, that’s not enough information for stakeholders.