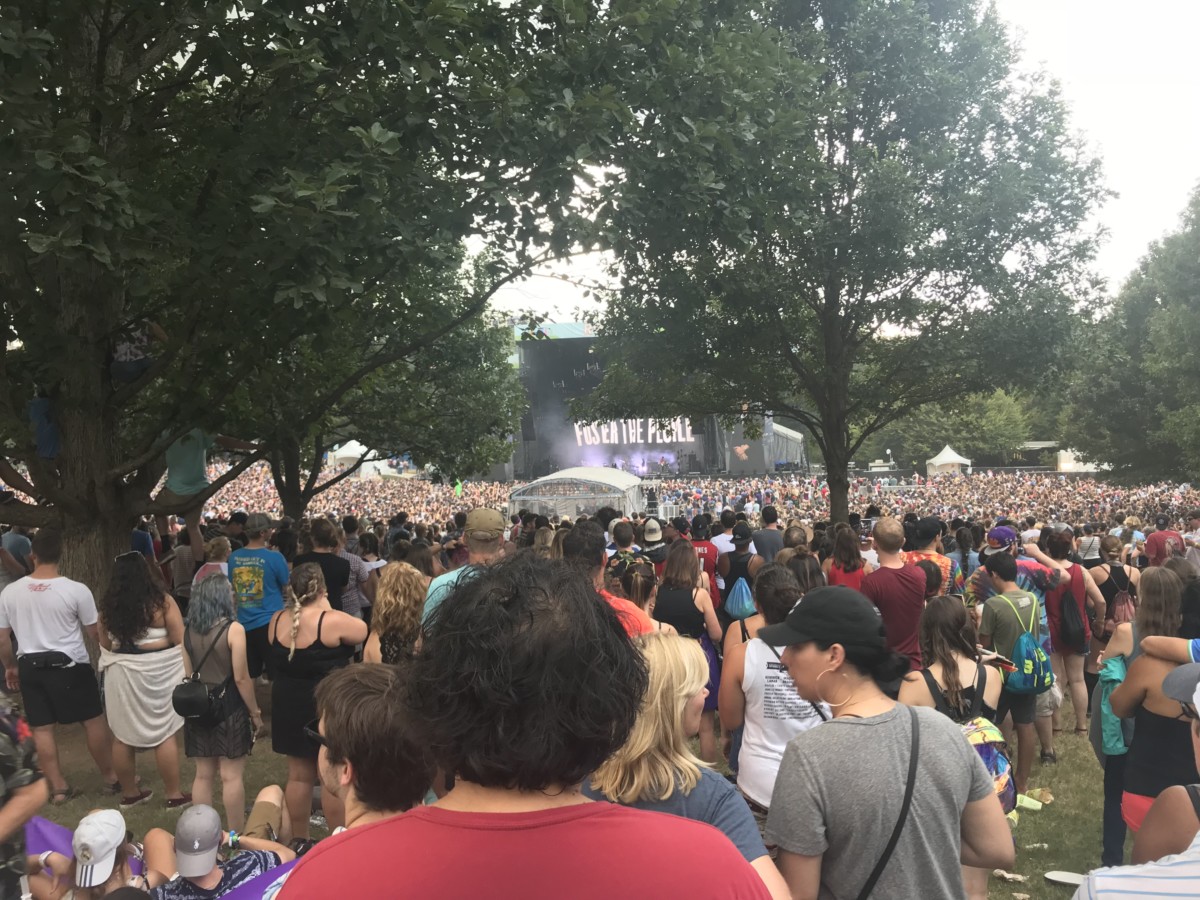 The hosting of Music Midtown in Piedmont Park continues its delicate balance of having an incredible outdoor musical festival in the midst of densely populated neighborhoods inconvenienced by its impact before, during and after the two-day weekend.

The 2018 Music Midtown was no different. 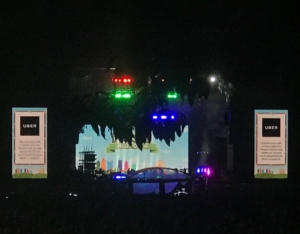 On the positive side, the weather cooperated – so that damage to the park appeared to be minimal. Live Nation goes to extra lengths to protect the trees and the green space in Atlanta’s signature park.

This year, the crowds seemed to flow better. And the porta potties used this year were a big improvement to the ones that we are used to seeing at festival events – with the amenities of toilet paper, a flush and hand sanitizer. While there were lines for food, drink and bathroom stops, there also were corners in the park away from the main crowd where one could get what one needed with little wait.

While 2018 musical acts certainly weren’t geared to my demographic, they attracted thousands of young people so that even my children and their friends (in the 30-year-old age range) said they felt a little old for the crowd. So you can imagine how I felt given that I’m than twice their age.

I have preferred the musical line-up of previous festivals – which used to cater to a broader audience – acts from multiple decades and musical genres. Even my 30-something friends, who have let me be part of their entourage in the past several festivals, chose to sit out this year because they weren’t impressed with the artists on the schedule – especially with a higher two-day ticket price. 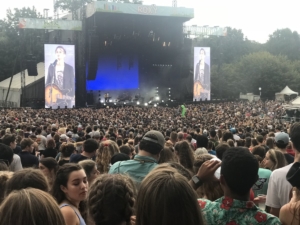 Still, from my perspective, there’s nothing better than being outdoors, listening to live music from different artists and watching the world go by. That’s why I’m proud to say I’ve maintained my perfect Music Midtown attendance since its inception.

So, for the record (and despite what Live Nation may think), I’m not an anti-Music Midtown person who just likes to complain. I embrace the event as being a positive addition to our city.

That said, a major problem arose during the preparation of this year’s Music Midtown. With no prior notice – a week before the festival – barricades were put up preventing pedestrians and cyclists from being able to cross Monroe Drive at the entrance to the Atlanta BeltLine.

Music Midtown already has been testing people’s patience by closing the 10th Street bicycle lane as well as the sidewalks along Piedmont Park.

The problem of traffic circulation always becomes an issue, especially when 10thStreet is closed off to traffic – sending cars into the neighborhood. 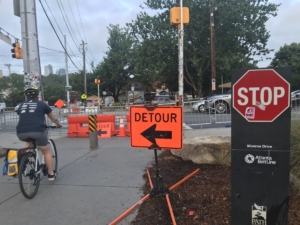 But what seemed to particularly tick off the community was the city’s apparent insensitivity to pedestrians, cyclists and all other alternative modes of transportation.

When the barricades were put up, there was an uproar in the communities surrounding Piedmont Park and among people who use the BeltLine as a way to get around.

My first thought was to write a column about how cyclists and pedestrians just can’t get any respect. Reading numerous posts on Next Door, it was not clear whether the decision to place barricades at the BeltLine was made by Live Nation, the Atlanta Police Department or the city’s Department of Public Works or another city department.

Councilmember Jennifer Ide and the Atlanta Bicycle Coalition organized a “Meet Up” on Sept. 11 for the 2,700 daily riders on the 10thStreet bike lane and by the barricades.

On Saturday, after the gates had opened to Music Midtown, I received an “update” from the Midtown Neighbors Association saying the “BeltLine Barricades” had been removed. 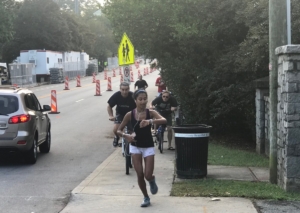 Pedestrians, including dog walkers, cyclists and scooters are forced to share a narrow sidewalk next to Grady High School (Photo by Maria Saporta)

It credited the residents, Atlanta City Councilmembers, the Parks Department and the Atlanta Police Department “who worked together to solve a problem.”

The notice also said the barricades would be returning on Monday for the dismantling of Music Midtown.

“All parties involved are committed to discussing this specific issue for any future event planning,” the update continued.

Today, I began to reflect on what’s at play. The good news is that pedestrians and cyclists have become stronger voices as their modes of transportation have become more vital to an Atlanta  that’s less dependent on single-passenger automobiles.

Whether it’s the tension how to redesign Monroe Drive into a “Complete Street” or whether it is the uproar when bike lanes and sidewalks are closed, we as a city are having to adapt to different ways of getting around – be it bird scooters, bicycles, skateboards or people on foot. We are a city in transition.

As these modes have become part of our daily lifestyle, and when planning for events like Music Midtown, we must prepare safe options for all modes of transportation – even if it means having to close off more lanes to cars. 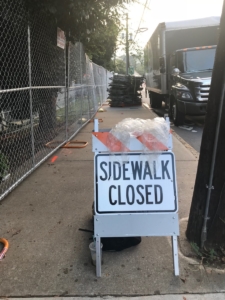 Thanks to outspoken residents, nonprofit advocacy organizations and our elected representatives, these modes of transportation are now demanding more respect.

Another moment of reflection came when Midtown resident Michael Miller posted a message on Next Door titled: Music Midtown Belongs in Midtown.

“Music Midtown was a blast and I hope it stays right where it is,” Miller wrote.  “I admit Live Nation is not paying the city enough, and they could comp a lot more than 200 tickets and also train their staff better without hurting their bottom line… Having said all that, it belongs right where it is – in the heart of the city.”

In other words, this is like any relationship – it needs constant work, compromises and careful attention to all the various constituents – from community residents to Piedmont Park and the Piedmont Park Conservancy.

Hopefully the folks at Live Nation will take this column in the way it’s intended – as a way to make the whole Music Midtown experience better for all.

Note to readers: For the last couple of years, Live Nation has turned down my request for a press pass (after years of granting me passes). I’m guessing they’re trying to punish me for the columns I’ve written about the festival. Because I’ve always bought my own Music Midtown tickets (even when I’ve had a press pass), I have  always provided an independent perspective on various issues surrounding the festival. Thanks for reading. 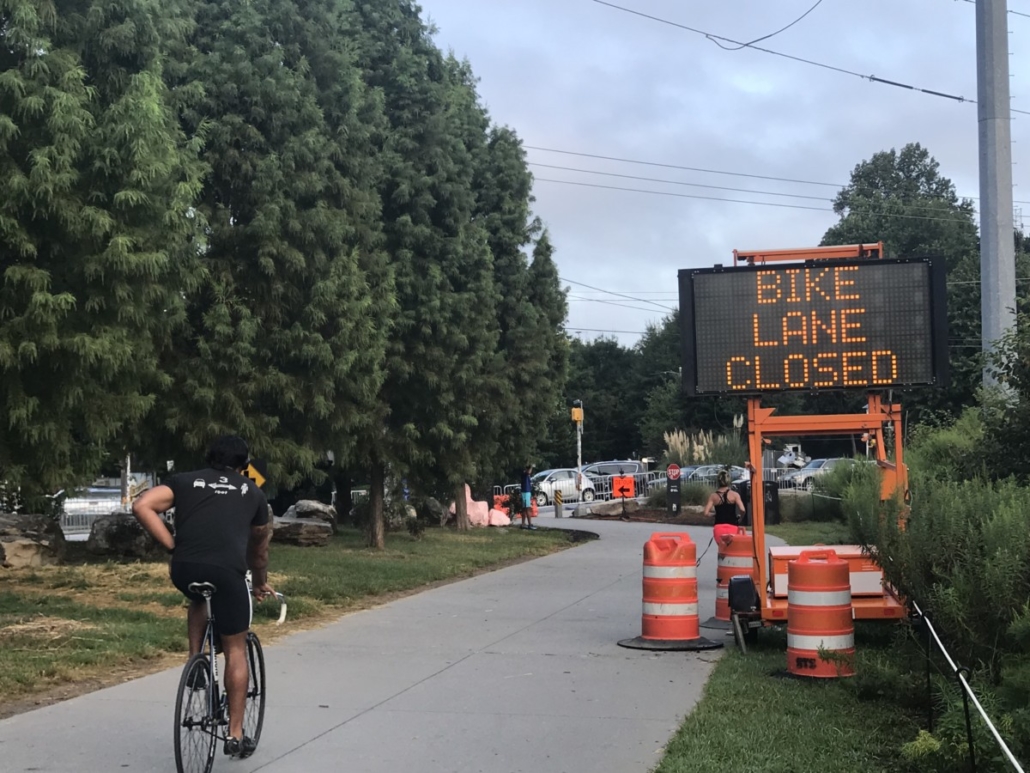 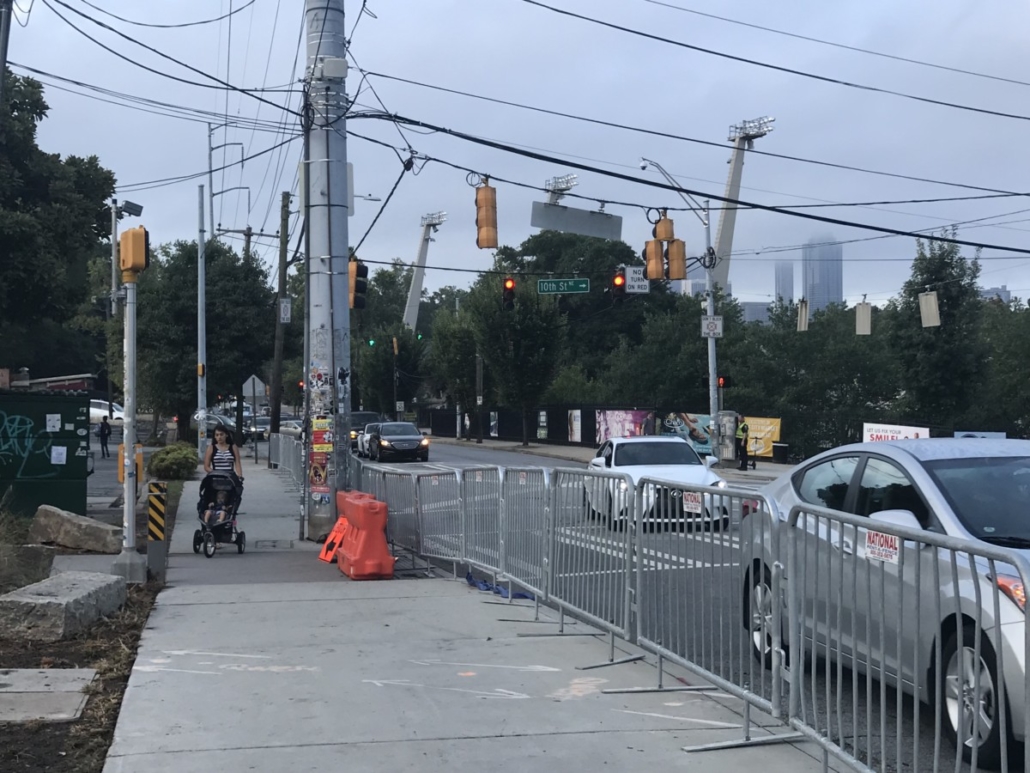 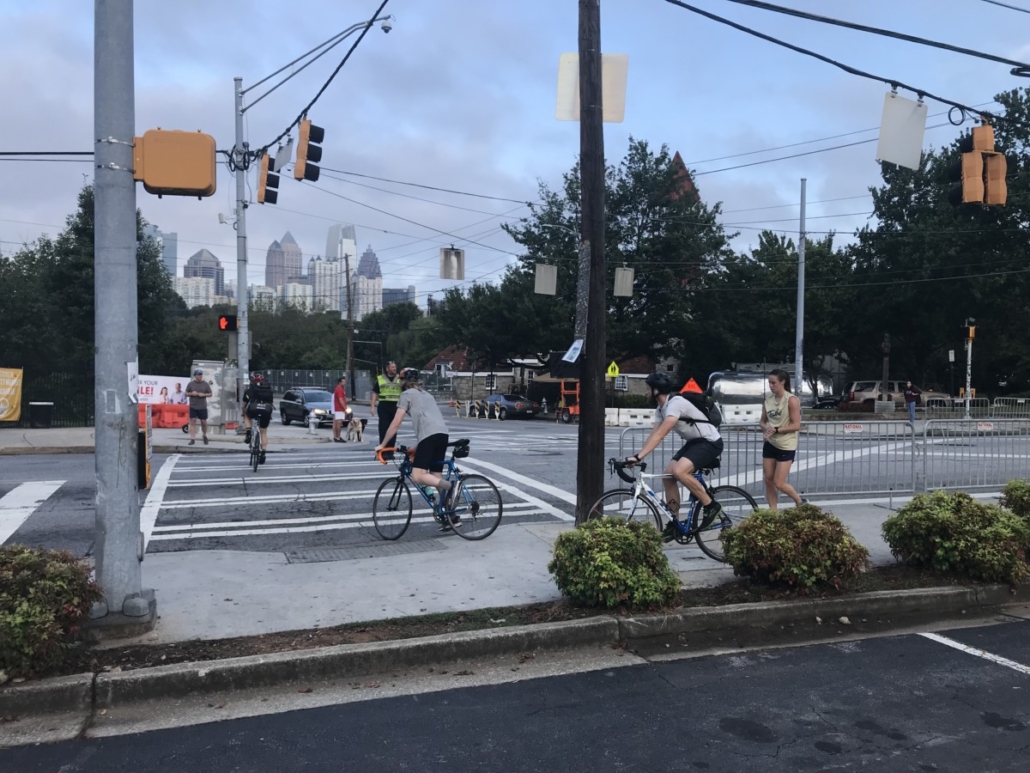 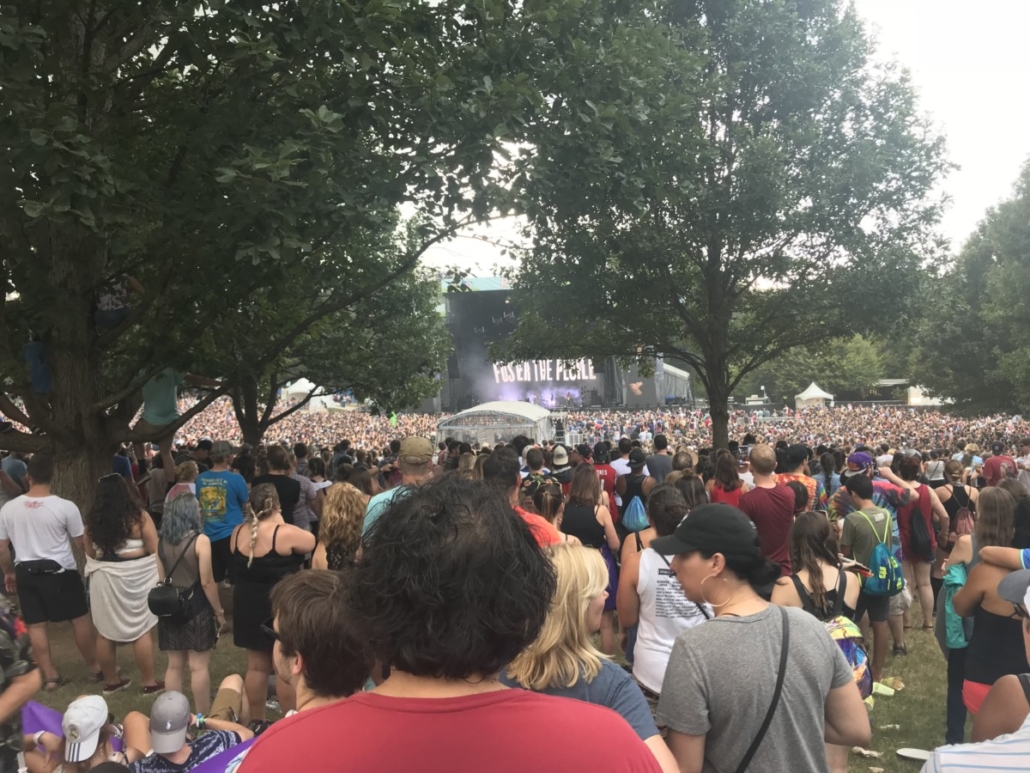 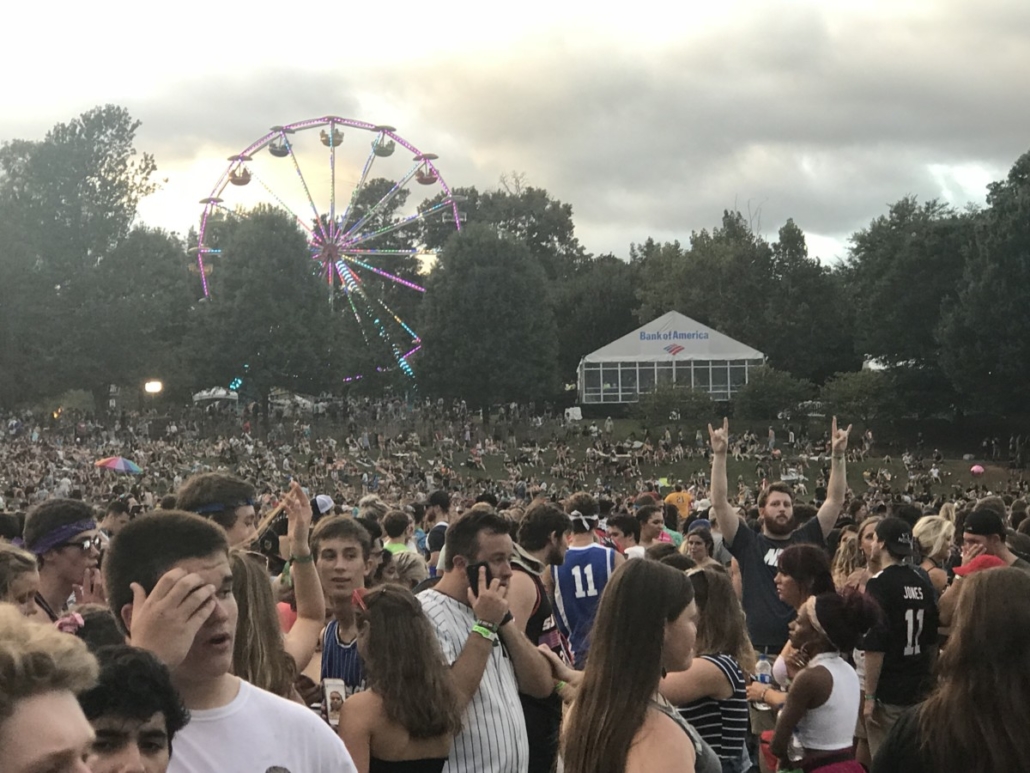 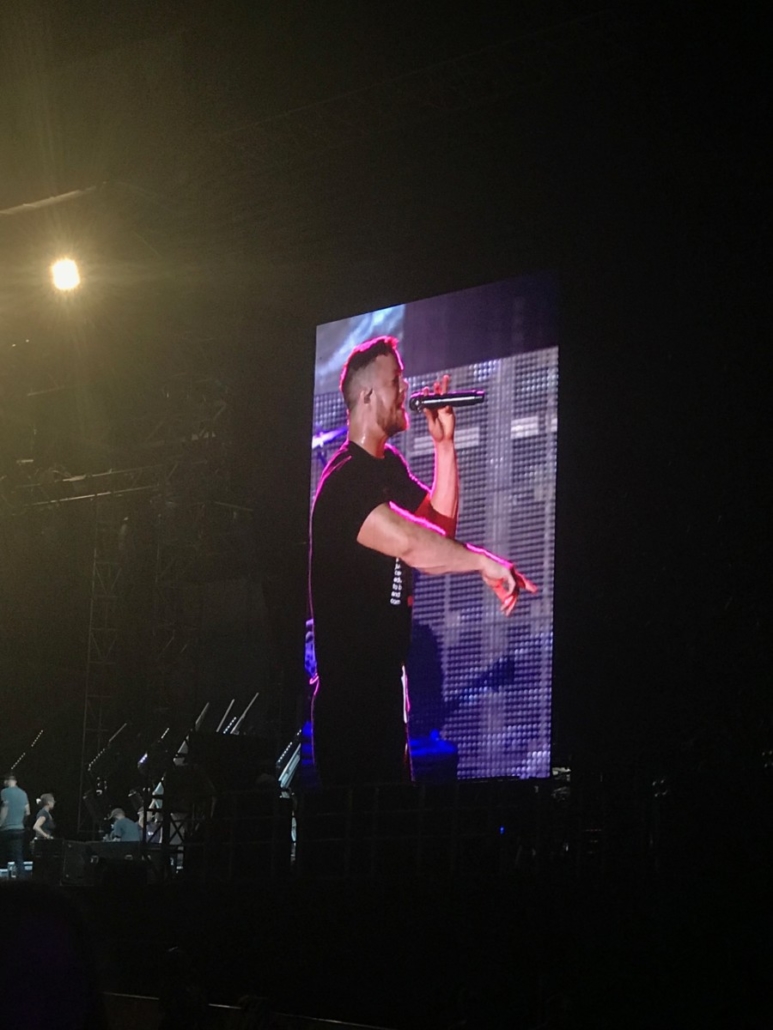 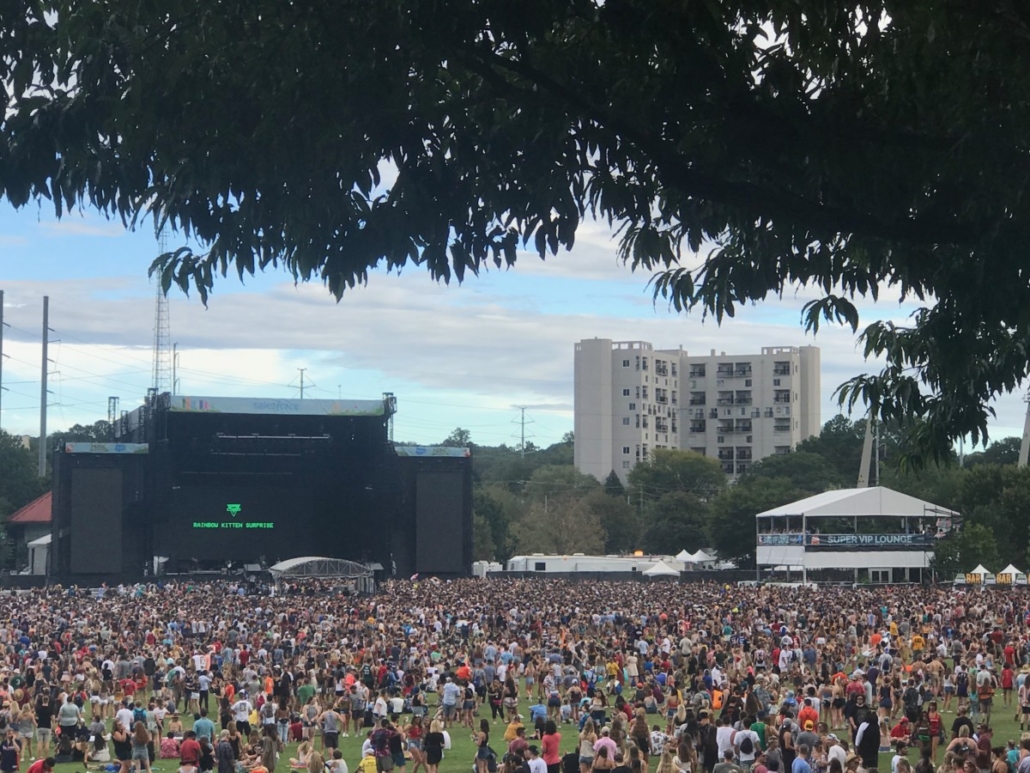 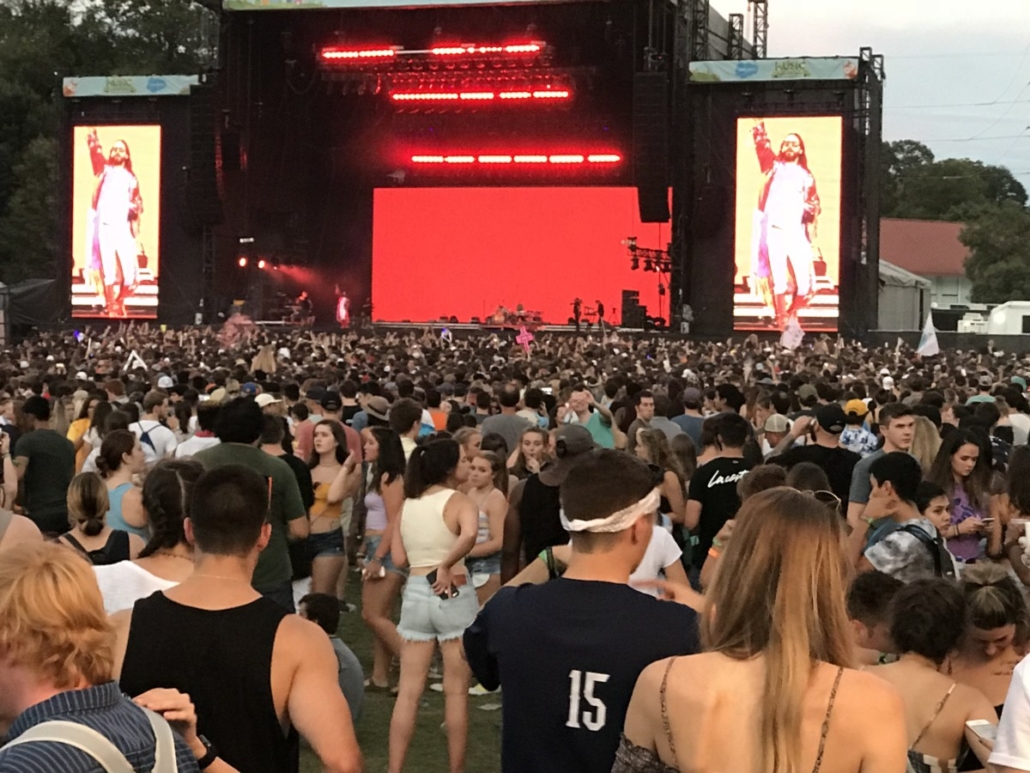 Previous Article
Moving Past ‘Six White Men and One White Woman’ to Arts that Represent our Community
Next Article
UPS Foundation, Arthur Blank each drop $1 million for Hurricane Florence relief