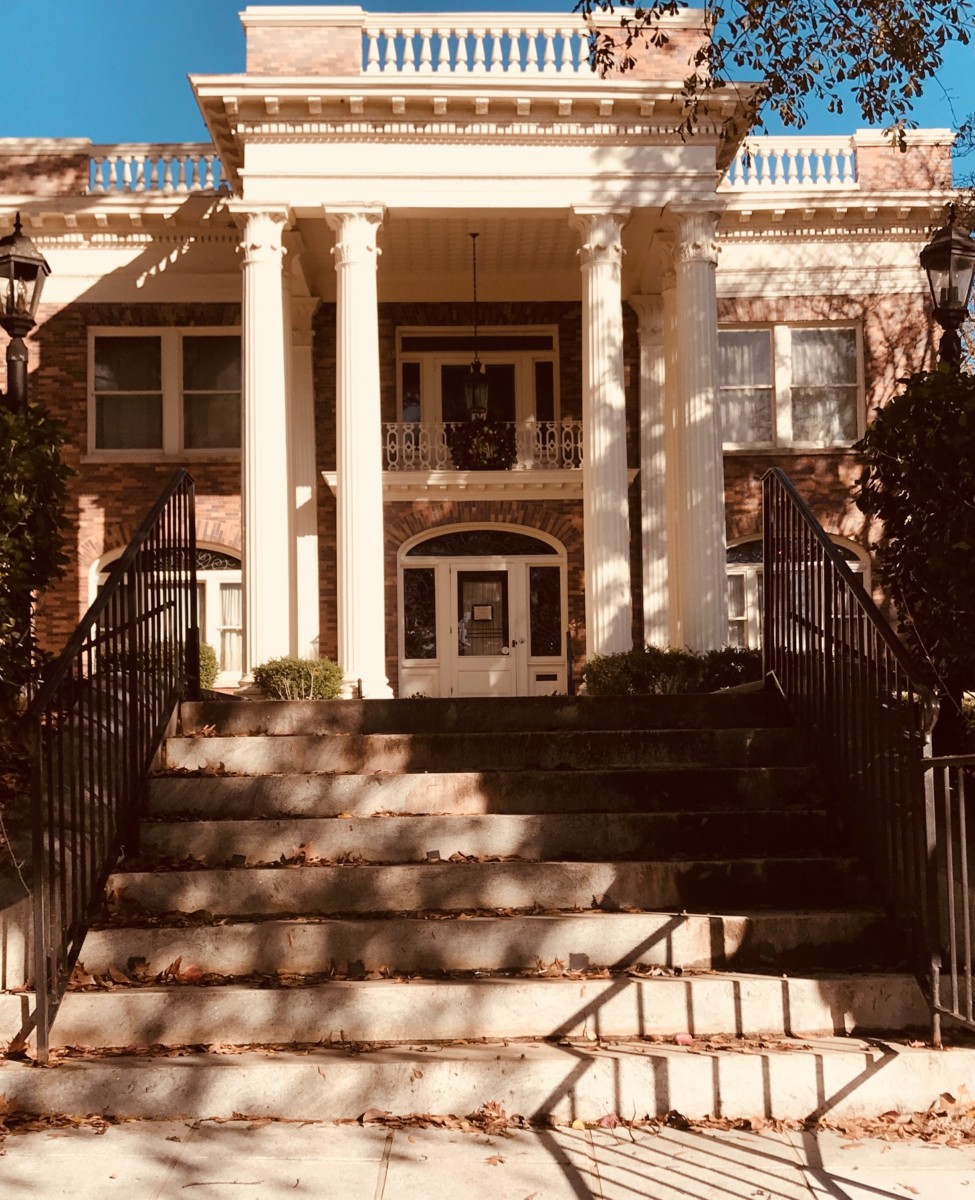 A targeted initiative by the National Trust for Historic Preservation to preserve African American history is taking hold in Atlanta.

The historic Alonzo Herndon Home Museum in Vine City is the most recent example. A National Trust program called the HOPE Crew is providing maintenance and repair work on the museum that was the home of Alonzo Herndon, an emancipated slave who became Atlanta’s first black millionaire and the founder of the Atlanta Life Insurance Co. 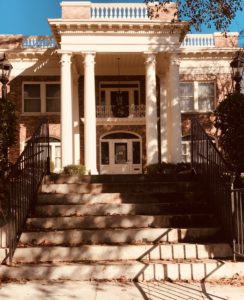 The Herndon Home, built in 1910, is operated by the Alonzo F. and Norris B. Herndon Foundation, Inc. The mission of the Foundation to advance the Herndon legacy by educating, mentoring and equipping the next generation of entrepreneurs, and its vision is to instill an entrepreneurial mindset in tomorrow’s leaders.

The HOPE Crew program is receiving support from the Fund II Foundation – the  philanthropic arm of billionaire Robert Smith, who made national news on May 19 when he gave the commencement address at Morehouse College and pledged to pay off the student debt of the graduating seniors.

The grant from Robert Smith and the Fund II Foundation is enabling HOPE Crew to expand beyond national parks to proactively engage diverse youth to preserve places tied to African American culture and history nationwide. 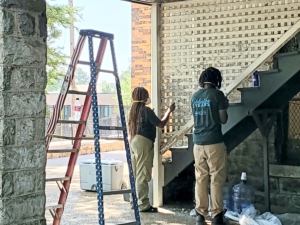 It also builds upon a program the National Trust launched a couple of years ago – the African American Cultural Heritage Action Fund.

In Atlanta, HOPE Crew is working with members of the Greening Youth Foundation, a black-owned nonprofit youth corps. Over a period of two weeks, the team will work to carefully repair, scrape, and re-paint the back porch and elements of the home’s front façade under the supervision of a local master craftsman.

“Rising from slavery to become one of the wealthiest African Americans in the South by 1927, Alonzo Herndon exemplifies the best of what our community can achieve and contribute,” Linda Wilson, executive director of the Fund II Foundation, said in a statement. “Herndon built a business empire, a part of which still exists today, 114 years later. His empire not only enriched his life, but the lives of those in the community he served through good business practices and civic responsibility.” 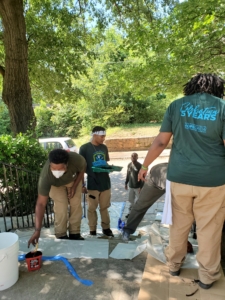 Members of the HOPE Crew work on the Herndon Home in Vine City (Special: National Trust for Historic Preservation)

Other past and upcoming HOPE Crew activities made possible with Fund II support include preservation projects at the Nina Simone Childhood Home in Tryon, N.C., the Pittsburgh home of author August Wilson, the home of John and Alice Coltrane in Long Island and six-week intensive internships for architecture students enrolled at two HBCUs – the Tuskegee University in Alabama and Morgan State University in Baltimore.

The National Trust also has established an office in Atlanta headed by Leslie Canaan, who has been working on a survey on the condition of historic buildings on the Westside.

“I have had a personal relationship with the Herndon Home 20 years ago,” Canaan said of doing an internship at the home when she was in college. “That’s how I got interested in preservation.”

When the opportunity for HOPE Crew to work on a project in Atlanta, she contacted the Herndon Home and found out they had several projects that could be done by a team of young workers.

“My hope is that this will not be the last project that HOPE Crew does in Atlanta,” Canaan said. “We are starting to move in a direction of getting some great work done.”