Three regions in Georgia are getting ready to start building roads and bridges, and improving public transit, because voters approved a proposed 1 percent sales tax that was on the ballot Tuesday. 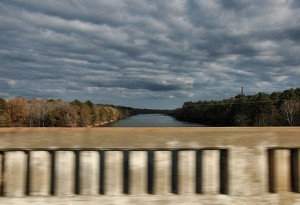 This bridge over the Altamaha River on U.S. 1, near Plant Hatch in Baxley, is slated to be replaced. Credit: vanishingsouthgeorgia.com

One of two transit projects approved by voters is to provide intercity bus service between Downtown Columbus and three sites in the Columbus/Muscogee area. The second is to help pay for maintaining and operating Augusta Public Transit.