A new generation speaks, with the brashness of South Florida 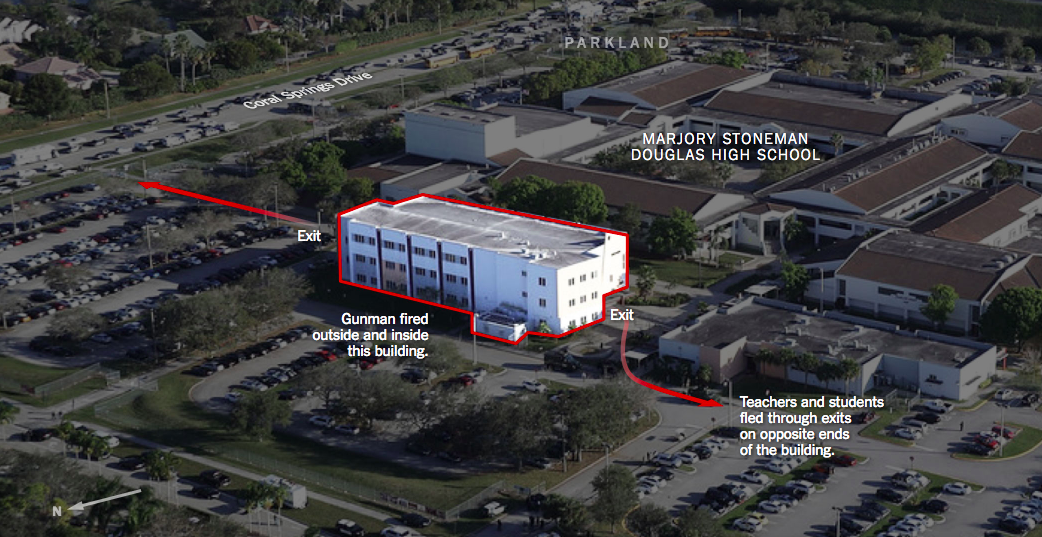 Out of all the schools that have been shot up in this country, what was it about this one that has caused the reaction to differ from those in the past?

Some gun control opponents have accused the other side of manipulating the students who have spoken out so vocally after the shooting which killed 17 people last Wednesday at Marjory Stoneman Douglas High School in Parkland, Fla. Given the frequency with which both left and right have exploited their children for political purposes in the past, there’s ample room to be suspicious.

But there was nothing coached about the response of sophomore Sarah Chadwick, who told the president of the United States on Twitter the morning after the shooting that he could keep his condolences, in words that were raw, obscene and immediate. It has been a long time since Americans, collectively, have heard their children talk back to them in the way that a number of outspoken and highly articulate students who survived the shooting have in the past few days.

Parkland is a lot closer to Mar-a-Lago than the middle of America, which has a lot to do with why this school shooting story hasn’t followed the predictable script of past mass shootings. It’s in a very blue county — Broward voted 2-1 for Hillary Clinton in 2016. But just as important, it’s in a very wired place, which is close to a lot of our national nerve endings.

Douglas High is named after a famed conservationist and feminist. It’s the kind of school that scores high on state performance ratings. It offers courses like the history of the Holocaust — we know this because that was one of the classrooms where students were killed. It has a diverse student body, and while it’s in an affluent area, its student body comes from a wide enough socioeconomic range to include the shooter and the wounded son of one of the sheriff’s deputies called to the shooting scene last week.

There have been shootings in other upscale suburban schools, and many parents and students who have spoken out about their frustration that nothing ever seems to be done about them. What has set the Douglas students apart, from that first tweet, has been a South Florida, Miami-style brashness, cutting enough to get the attention of Donald Trump.

She told People Magazine she finished writing her speech, which is likely to be remembered for a long time, only moments before she stepped before the microphones. Trump is said to have paid close attention to media coverage of the students over the weekend, so he couldn’t have missed her.

The White House has announced that Trump will have a “listening session” with Douglas students later this week. This may only be a superficial exercise, but it comes at an interesting time, for the gun issue, for the president, and for the nation’s youth.

The current situation of the National Rifle Association and Facebook make for an interesting comparison. Both have been the heavyweight champions of their respective fields, both may have been used by the Russians and both have to manage a period in which being the heavyweight champion isn’t necessarily an advantage. But unlike Facebook, the NRA is caught between a suddenly more motivated resistance and a core constituency which will be furious if Congress doesn’t pass the nationwide concealed carry bill by the end of the year.

Trump has so many problems that the Washington Post quoted an anonymous White House official as saying the shootings came as “a distraction or a reprieve.”

It’s the youth for which this is the most interesting and potential important juncture. Douglas High has made a distinctive mark, but look around the country, including Metro Atlanta, and there are a lot of schools like it, with similar demographics and similar vulnerabilities. Unlike the 1960s, these kids can connect through social media, around a lot of issues. That could make for a very interesting decade.