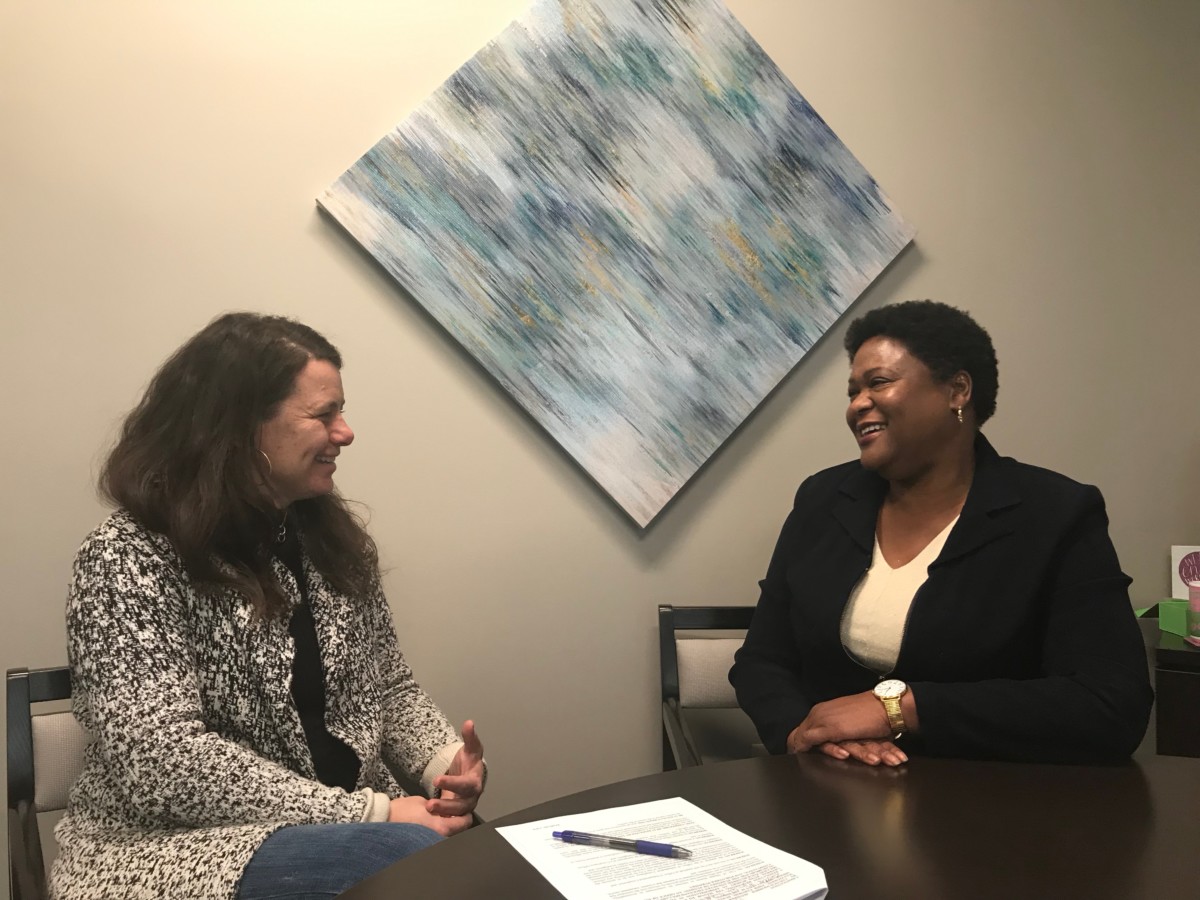 For decades, Atlanta has had a strong mayor form of government with little push back from the Atlanta City Council.

But the past year under the leadership of City Council President Felicia Moore and the election of seven new members of Council, a totally different legislative body has emerged.

And City Council has been busy putting in the checks and balances within city government to make sure we do everything to avoid unethical and corrupt practices that have plagued City Hall during the eight years that Atlanta Mayor Kasim Reed was in office.

The latest evidence of this new and improved City Council is the introduction of an ordinance earlier this month to create the Office of Independent Compliance. The legislation was written by Felicia Moore and sponsored by District 6 Councilwoman Jennifer Ide. 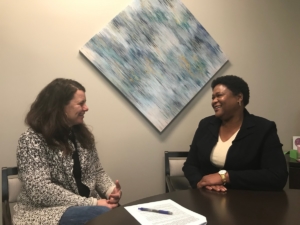 But the real story behind this ordinance is that a total of 10 members of Council co-sponsored the legislation.

One has to have been witnessing City Hall over the years to understand the significance of having an independent City Council.

Moore has been on Council for 20 years, and she was a council staff member for four years before that.

“Before last year, Council has been pretty much a rubber stamp for 24 years,” Moore said.

In other words, the administrations dating back to Mayor Bill Campbell, Mayor Shirley Franklin and Mayor Reed have had a majority of compliant councilmembers who basically served as a nod squad for the executive branch.

In fact, Moore often was the only City Councilperson who would vote against the administration. She primarily objected to Mayor Reed introducing last minute legislation on a Monday morning – and pushing to have it pass the same day. That’s what happened with the vote to approve the city’s $200 million in hotel-motel taxes for the building of the $1.5 billion Mercedes-Benz Stadium.

Moore believed, then as now, that important legislation needed to go through the committee process so it could be fully vetted by councilmembers and include the participation of the general public.

By comparison, last fall, City Council held back approving the public financing of the proposed $5 billion CIM development in the railroad gulch in downtown Atlanta. That process led to a better deal for the city, Moore said. 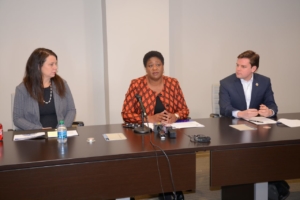 In that spirit, even though she knows she has the votes, Moore wants to be sure ordinance for an Office of Independent Compliance is fully reviewed and discussed by Council, Mayor Bottoms and the executive branch as well as the general public. Both she and Ide hope to have a vote on the legislation before the end of February.

There also is a separate resolution (co-sponsored by the same super majority of 10 councilmembers) requesting for the Mayor to include $1.4 million in her upcoming budget to fund the new Office. If that resolution passes, the Office would be up and running by July 1.

It is proposed that it would be a seven-member board with representatives named by the following entities: the Atlanta Bar Association, the National Association of State Auditors, the Association of Certified Fraud Examiners, the Georgia Society of Certified Public Accountants, the Atlanta Planning Advisory Board, the Board of Ethics and the Audit Committee.

Councilwoman Ide is hopeful the Mayor will support both bills, saying that she had proposed such an Office during her campaign for office.

“I honestly feel the mayor shares the view of many of us on Council – that we have to restore the public’s trust in our city government in order for us to move forward,” Ide said. “We have got to show we have put our own house in order.”

And Ide added that Mayor Bottoms appears to be supportive of having a more independent City Council – even though it means she doesn’t have same kind of a hold over the legislative body as her predecessors.

“I have felt the Mayor has been willing to give Council the time that is needed to review, debate and discuss the issues,” Ide said.

It all comes back to good governance.

In the past year, City Council has passed 10 significant pieces of legislation to improve transparency, oversight, ethics and integrity at City Hall – that’s in addition to the Office of Independent Compliance.

Those improvements include establishing a Division of Independent Procurement Review; requiring the City’s chief financial officer to provide a report of all overtime paid on a monthly basis, amending the Code to create a chapter on transparency to ensure the City is compliant with the Georgia Open Records Act, creating a Chief Transparency Officer and adopting a new credit-card use policy for city employees.

Moore has been pushing for a new Office of Independent Compliance for months – concerned about several media reports including the city’s hiring of former Councilmember Kwanza Hall, even though it violated the City’s charter prohibiting former elected city officials from being employed by the City of Atlanta. The administration ended up hiring an outside law firm that charged $900 an hour to investigate the hiring of Hall, who no longer works for the city.

If the Office of Independent Compliance had been in place, it could have done the work in house.

“It will have the subpoena powers and access to all the records,” Moore said.

Ide sees the new Office as part of “a three-legged stool” combined with the Audit Committee and the Board of Ethics – all providing independent oversight over city operations.

“My hope is that this does not lead to a lot of investigations,” Ide said. “It’s meant to educate. I’m hoping we get more towards everyone understanding what the rules are. I hope there’s some early intervention here. There have been issues in the past that could have been avoided or nipped in the bud.”

One example she mentioned was when Kasim Reed doled out overly-generous end of year bonuses to key city employees as he was leaving office.

But the real story here is that City Council, at long last, is doing what it was supposed to be doing all along. In fairness, former Atlanta City Council President Ceasar Mitchell has called on the former City Council to be a checks and balance of the Reed administration, but the former mayor had a powerful hold over most members. 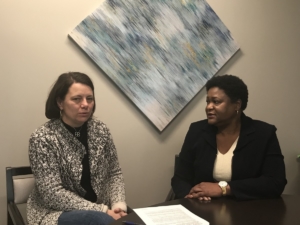 “I came into this job with the expectation that Council is and should be a co-equal branch of government and that we have a system of check and balances in city government,” said Ide, who is one of the seven new members on Council. “Fortunately, despite what has happened in the past, there are enough other members of Council who share the view that it makes for a stronger city to have an engaged and active Council.”

Moore went on to say: “This Council with both its veteran and new members are fulfilling their role as the policymaking body charged with oversight. It might take more time and effort to work through legislation, but it makes for a better government.”

It also is comforting to read the language in the proposed ordinance:

The purpose of the Office of Independent Compliance is to protect the integrity of the government of the City of Atlanta by prohibiting any official, employee, vendor contractor/consultant, appointee or members of any of the city’s boards, authorities, commissions, agencies, organizations etc. from engaging in any action that is not in compliance with the city’s charter, code, or any external regulations including, but not limited to, county, state, federal and other laws.