The perennial proposal to do something, anything, about the Fulton County tax commissioner is bottled up in the Georgia legislature. 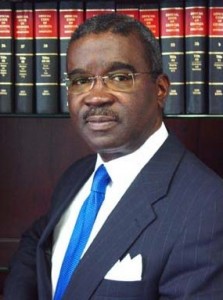 The state Senate on Thursday tabled a proposal, filed by ranking House members, that contains two big provisions. At this stage in the legislative session, there’s no telling if the proposal has a chance of being passed this year.

House Bill 346 was introduced this year and makes at least these two substantive changes in the office of Fulton County’s tax commissioner:

The pending legislation is wrapped in intrigue that involves both the tax commissioner and the sponsors of the legislation.

At the capitol, House Speaker Pro Tem Jan Jones (R-Milton) is the second cosigner on HB 346.

Jones’ involvement suggests the Senate may simply have held the bill in order to have a chip for bargaining in the final days of the session. The concept of taking a “hostage” bill is a tried and true negotiating tool in legislative chambers.

On the other hand, the Senate may have had some real problems with the legislation. The Senate balked at passing HB 346 as part of a calendar of local legislation, which typically consists of bills that generally are not of statewide consequent. The House approved HB 346 when it appeared on a local calendar.

The Senate voted to table HB 346, sending it into a state of limbo in which the bill is not dead, and may or may not be revived.

The legislature has two working days remaining in its 40-day session, which now is slated to end March 20. That’s plenty of time for almost anything to happen with legislative proposals that are still floating.

The tax commissioner’s post has been dogged by controversy almost since the beginning of Arthur Ferdinand’s term of office.

Ferdinand was appointed in 1997, during the term of former Fulton County Chairman Mitch Skandalakis. Ferdinand subsequently was elected and reelected to the post.

High praise for Ferdinand was typical of his early administration.

Collection rates increased from around 88 percent to above 95 percent. A backlog of $200 million has been whittled down. The revenue has enabled Fulton County commissioners to avoid the level of tax rate increases that some other local governments have passed.

Meanwhile, Ferdinand was hailed for instilling into a government office the corporate methods he learned as an IBM executive. In that era, Ferdinand’s efficiency in collecting taxes was viewed as trend-setting.

Much of the controversy involves his quick use of tax liens and the bulk sales of liens to collect property taxes. Many of those liens have been purchased by a single company, Vesta Holdings. At one point, Vesta was the largest purchaser of bulk tax liens in Georgia.

Previous Article
AHA after Renee Glover: No new initiatives for residents; but provide land for Falcons parking lot
Next Article
Atlanta to condemn land for BeltLine rather than risk losing $18 million in federal funds for southwest trail