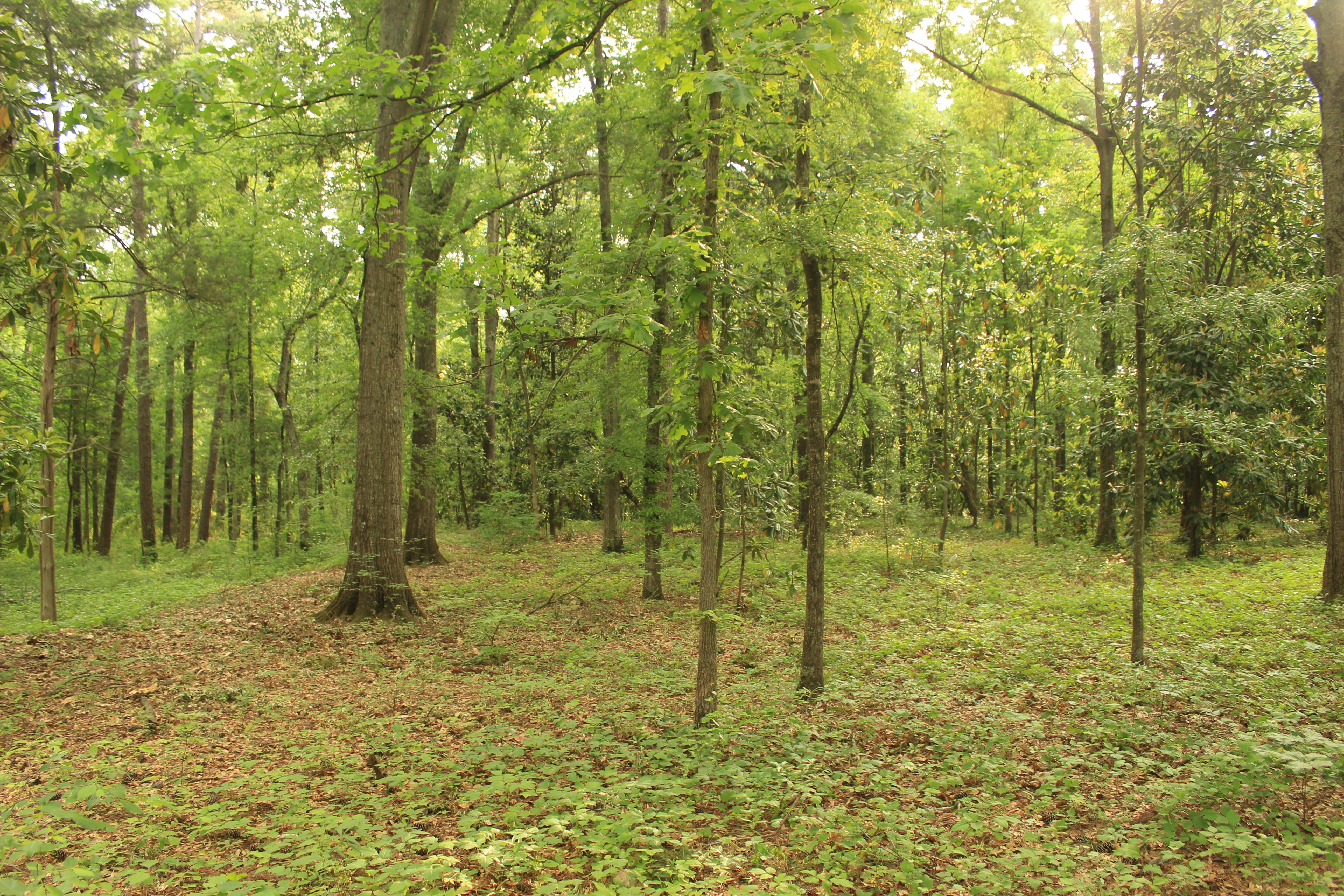 This week guest contributor Brian Brodrick, a city councilman in Watkinsville and a Georgia Humanities board member, calls for the memory of Atticus Haygood to be pulled from the shadow of New South spokesman Henry Grady and brought out to our public space. 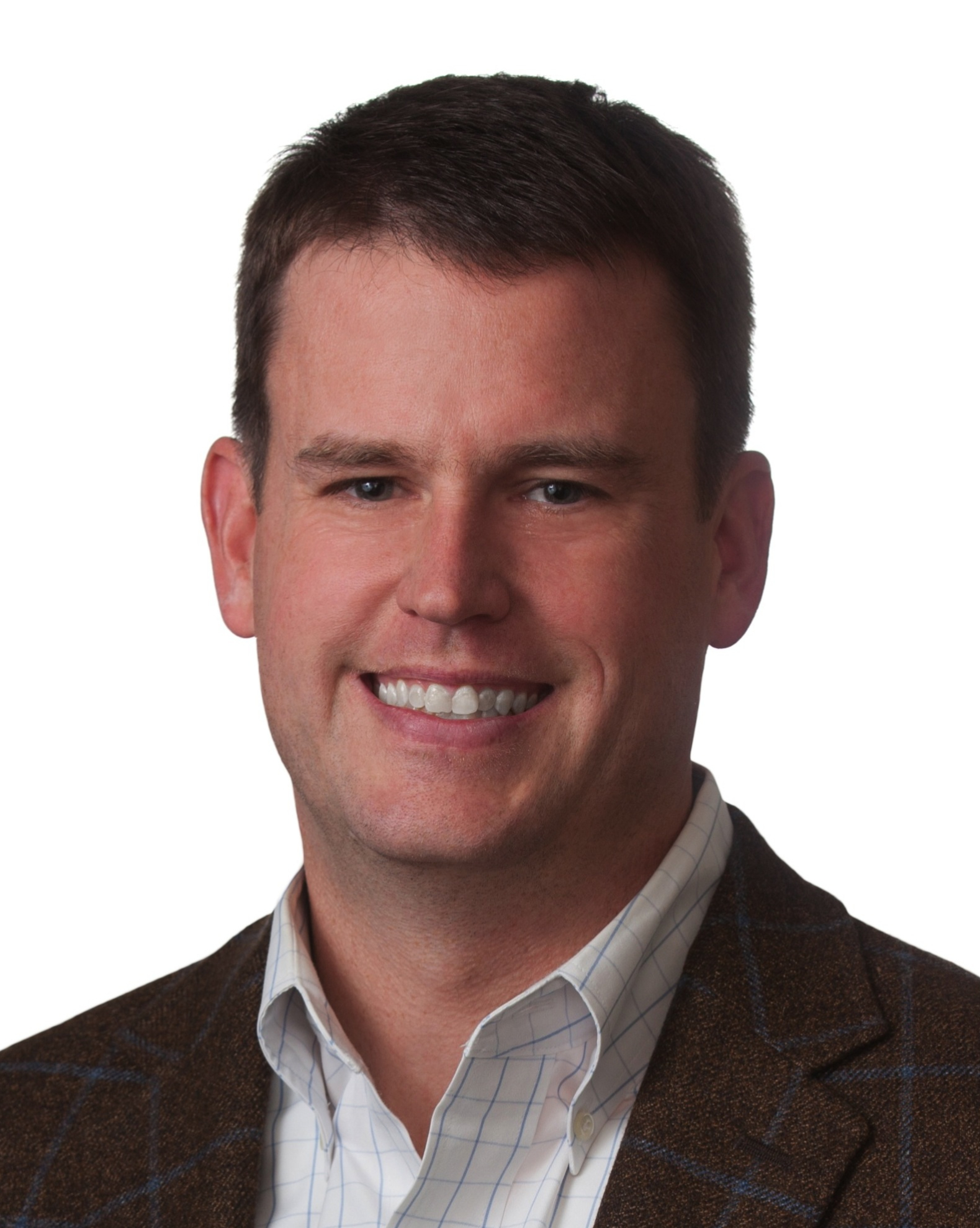 The name — Atticus Greene Haygood — conjures images of To Kill a Mockingbird and old Georgia, which are both appropriate. If it were not for the New Georgia Encyclopedia, preservation of his family home by two Georgia artists, and careful stewardship by Emory University, the details of this remarkable Georgian’s life could have been lost. 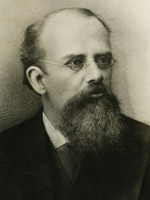 For decades a historical marker noting his former family home has stood on U.S. 441 between Athens and Madison in the small town of Watkinsville, often unnoticed by travelers and locals alike.

Just more than a year ago, Watkinsville purchased more than six acres of green space a quick walk from its historic downtown. The mature stand of trees and a spring once dammed by local citizens for washing and swimming belie a greater history nearby. The new park abuts the “Haygood House,” the birthplace and occasional home of Atticus Haygood. Just south of the home, above a small creek, sits a boulder that until last April was covered in brush. Now cleared and revealed is “pulpit rock,” where Haygood delivered early sermons to local residents as they kept cool in the creek below. 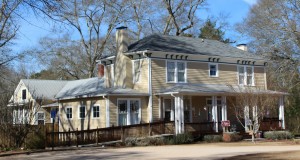 The family home of Atticus Haygood as it looks today, now known as the Chappelle Gallery, in Watkinsville. Credit: Roots and Wings.com

Atticus Haygood is not a staple in Georgia history, instead lingering in the long shadow of New South evangelist Henry Grady. But an examination of this former Methodist bishop, Emory University president, and leader in the New South movement offers some insights and reminders for modern Georgia.

While we frequently pause to reflect on the great civil rights leaders of the 1950s and ’60s — rightly so — often forgotten are the men of faith and letters who inspired Georgians through the tough times of the 1860s and 1870s and later carried the message of equality and reconciliation of the races prior to Jim Crow.

Haygood was born in Watkinsville in 1839, moved to Atlanta, and attended Emory University (then a 20-year-old institution in Oxford, Georgia). He began his ministerial career as a circuit rider based in his hometown of Watkinsville. 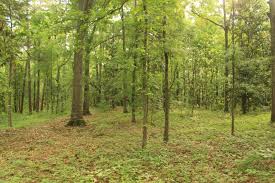 The city of Watkinsville purchased six acres of land to preserve as green space for the community. Credit: Williams & Associates

After the Civil War Haygood quickly assumed leadership roles in the Methodist establishment. But his turning point was when he worked with a group of Methodists to prevent a de facto merger of the state’s public and religious institutions of higher education. At age 36 he was elected president of Emory. There, he helped restore enrollment, rebuild confidence in the institution, make the college more affordable, and raised the college’s profile in the region, partially as a response to establishment and rapid growth of Vanderbilt University in Nashville.

Haygood’s rise to national prominence began with his 1880 Thanksgiving sermon, during which he spoke of the positive impact emancipation and industrialization would have on the South. A printed copy of this sermon made it into the hands of a northern industrialist, resulting in greater exposure for the confident young pastor. His book Our Brother in Black: His Freedom and His Future (1881) only improved his reputation. As editorial correspondent of the Southern Christian Advocate and editor of the Wesleyan Christian Advocate, Haygood impacted Methodist laypersons and leaders across the nation, particularly in the North, through his sermons and writings. He also advocated for equal treatment and better education for African Americans, extolled the value of physical labor for all Georgians, and was supportive of women in the workplace. 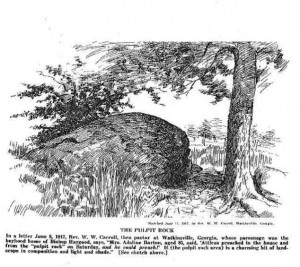 His work caught the attention of the directors of the John F. Slater Fund for Negro Education in the South, where he earned the trust and friendship of board member and past president Rutherford B. Hayes. Haygood was the fund’s agent from 1883 to 1890 (he resigned as Emory president in 1884), arranging for significant funding to black colleges across the South. His book The Case of the Negro (1885) advocated racial and national reconciliation, and he was a key figure in the founding of Paine College in Augusta. His efforts softened the opinions of evangelicals towards race relations for nearly a decade, and along with Henry Grady was a foremost spokesman for the New South, luring significant investments to Georgia and the South by northern leaders.

Unfortunately, a confluence of events, including the election of Republican Benjamin Harrison to the presidency and proposed legislation guaranteeing full rights for blacks to participate in elections by Henry Cabot Lodge, enraged many southern evangelicals. The death of Grady in 1889 and Haygood’s appointment as bishop of the Methodist Church, subsequent move to California, and declining health left the South without its New South advocates. The result: decades of backward progress for blacks in Georgia and the South. Haygood died in 1896.

In Watkinsville, nearly 120 years later, citizens now have the opportunity to walk in the footsteps of Atticus Haygood. His family home is now beautifully restored by nationally known artists Kathy and Jerry Chappelle and open to the public as the Chappelle Gallery. Pulpit Rock still overlooks the same creek where residents gathered to cool their feet and gain inspiration from his oratory. And Atticus Haygood’s vision of equality and education has been carried on — and largely achieved — by the giants of the civil rights era and leaders of Emory University.

Brian Brodrick is a board member of Georgia Humanities and a city councilman in Watkinsville, Ga., an hour northeast of Atlanta.