More money is soon to be available for developers who need loans for projects in metro Atlanta neighborhoods still reeling from the housing crisis and, in some cases, woes that preceded the crisis. 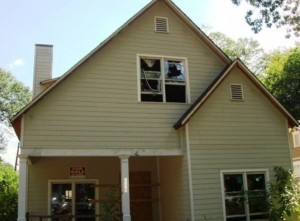 This house near Turner Field exemplifies the housing market in some low-income neighborhoods. The owner paid $47,000 for the property in 2006, started building a house and listed it this week on Zillow for $10,000: “60 percent completed including foundation and basement. Completely framed with siding and windows. Includes new roof. Pre-building appraisal is $320,000. Approximately $30,000 needed to complete. Owner open to short sell.” Credit: Zillow, Fulton County Tax Assessor, David Pendered

The additional capital is to flow from a new partnership between Atlanta Neighborhood Development Partnership, Inc. and The Reinvestment Fund.

“Some metro Atlanta submarkets are slowly rebounding from the great recession, while others are experiencing considerable growth,” ANDP President/CEO John O’Callaghan said in a statement. “Low-income neighborhoods, however, are still underperforming and are in need of capital for foreclosure redevelopment, new housing development, commercial activity and more.”

Among other aims, the partnership intends to provide both funding and technical expertise to help stabilize communities and get people into a home they can afford.

“There is still a lot to be done to build strong, healthy communities in America and we are not going to get there with the work of any single entity,” Don Hinkle-Brown, president/CEO of TRF, said in the statement. “It is going to take collaboration, knowledge transfers and shared resources to bring lasting impact to the low-income communities we serve. We are thrilled to partner with ANDP and provide support for their effort strengthen and grow their loan fund. We look forward to working together to help communities in metro Atlanta thrive.”

According to the statement, the purpose of the partnership is to provide access to capital for non-profit and for-profit developers, community development corporations and others with deep connections in their communities. Doug Hooker, executive director of the Atlanta Regional Commission, praised the new relationship. 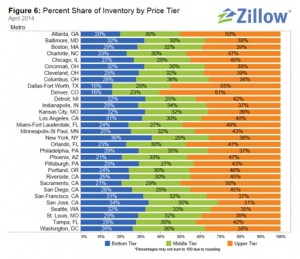 “This partnership will prove positive for the people and communities of the Atlanta region,” Hooker said in the statement. “ANDP has worked to the benefit of so many already. The added support of TRF will enable ANDP to broaden the scope of its services and strengthen the depth of its financial resources.”

Both the ANDP Loan Fund and TRF are U.S. Treasury-certified Community Development Financial Institutions, which provide access to capital. The ANDP program has helped with more than 4,500 housing units since its formation in 1998. TRF has invested more than $1.3 billion to created more than 20,000 housing units and other investments since it was formed in 1985, according to the statement.

Entire communities are to benefit from the program, in addition to the developers and buyers.

This is how O’Callaghan has described the far-reaching benefits of stabilizing housing prices in neighborhoods:

Once a few homes are sold at a price above the existing ones in a neighborhood, the higher prices will help set the market that lenders are willing to provide for other homes in the neighborhood. As the amount that can be borrowed to buy in a home in the neighborhood increases over time, existing owners will be able to sell and buyers can get into an affordable home.

Humphries’ latest report revealed the scarcity of for-sale homes in metro Atlanta that are priced at or below $98,400 – the range of many first-time buyers.

The reason for the shortage of affordable homes is that so many owners can’t sell because they owe more on the home than it’s currently worth. Short sales have become a less attractive option to unload a mortgage because Congress has not renewed a provision that waived taxes due on the difference between the mortgage value and price of the short sale.

“Negative equity is especially focused among the least expensive homes, which is having an adverse effect on inventory in the bottom tier,” Humphries told cnbc.com Tuesday as he described his findings in an earlier report, that one on underwater mortgages.

“The problems exist far beyond the urban core of our region,” O’Callaghan said in the statement. “Suburbs are dealing with a declining infrastructure, increased poverty and a lack of investment. Simply put, our region has a long list of community economic development needs. This partnership with TRF will ensure more of those needs are met.”