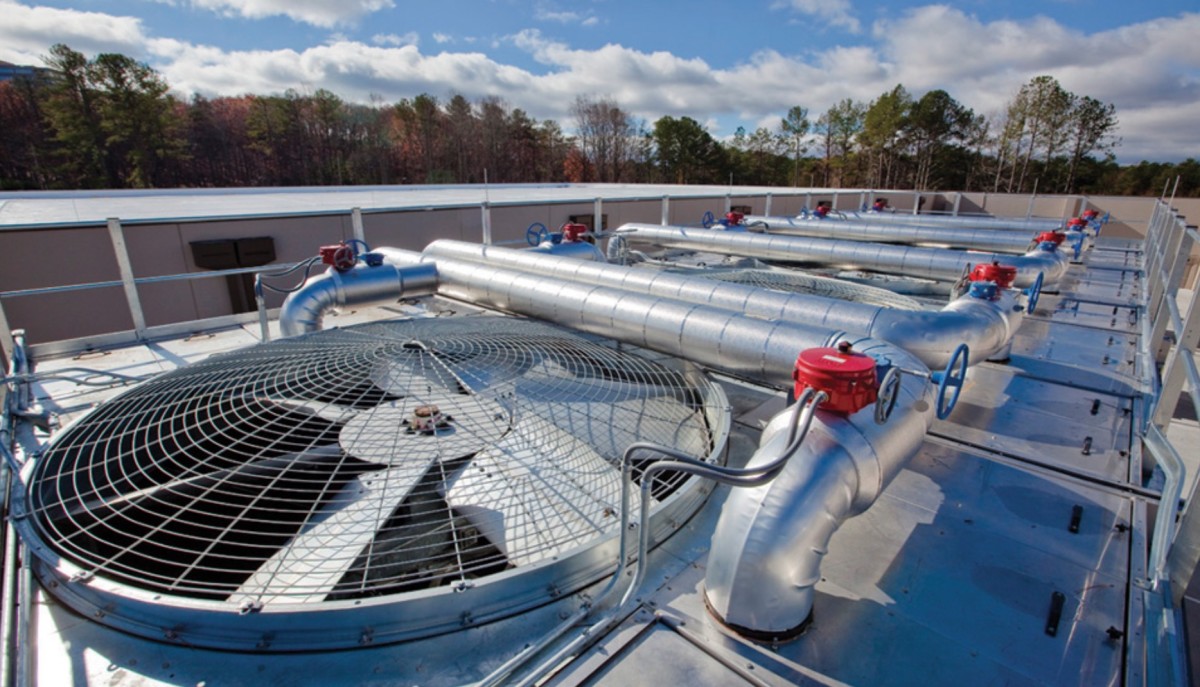 A new market analysis by CBRE Group, Inc. suggests that metro Atlanta will continue to grow as an enterprise data center – largely because of findings that rank the region as a low-cost market. 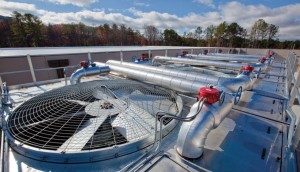 Power costs represent an average of 13.2 percent of a data center’s cost, which makes the cost of power a significant issue. Credit: t5datacenters.com

One cost center that stood out favorably for the region was low cost of electrical power. Power is such an important cost component of data centers that centers are measured in megawatts rather square feet. Power is used to operate and cool the facilities and some markets – such as Boston – offer “free cooling” in some seasons.

Of course, a host of factors are important to corporate decision makers as they decide to move to a market or expand an existing facility.

“Atlanta is a low-cost market across the board, coming in below the national average in almost all areas that impact data centers,” John Ferguson, president of CBRE’s Southeast division, said in a statement. “State and local incentives, coupled with [metro] Atlanta’s organic tech growth and tech momentum, help to make the city a competitive option for enterprise data centers.”

In addition, Atlanta’s airport seems likely to bolster the region. The CBRE report observes that one of the non-monetary reasons to pick a site to build or expand is proximity to a company’s headquarters or other data centers. Atlanta’s airport provides easy access to such locations for companies that aren’t headquartered in the region.

CBRE defines an enterprise center as a, “hardened data center that houses ‘mission critical’ operations of individual companies.” These are the facilities that enable companies to securely share work tasks via computer across multiple physical locations.

Metro Atlanta and nine other regions are ranked as “low cost markets” in a new CBRE report on enterprise data centers. Credit: CBRE

Web-based companies, such as technology and social media firms, represent the majority of current users. The market includes financial services, healthcare, insurance, government and telecom entities, according to the report.

CBRE analyzed conditions in 30 markets that are either established, like metro Atlanta, or emerging, like Philadelphia. The test case was the cost to build a 5 megawatt center and operate it for 10 years. The center was to be a Tier III facility, which trails only Tier IV in terms systems to protect data.

Here’s how metro Atlanta compared to 29 other metro areas on some major cost factors: 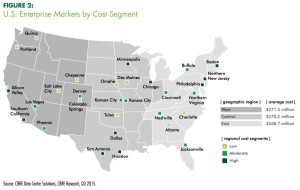 CBRE analyzed the cost of building and operating, for 10 years, an enterprise data center in 30 established or emerging markets. Credit: CBRE

The report builds on a growing body of research in the tech industry being assembled by CBRE, which says its 2014 revenue makes it the world’s largest commercial real estate and investment firm. The Atlanta region is faring well in the statistical comparisons of factors that decision makers consider when determining where to establish, and expand, a corporate location.

CBRE released a report in April showed that Atlanta ranked 10th among 50 major metro areas in terms of characteristics that are attractive to high tech operations.