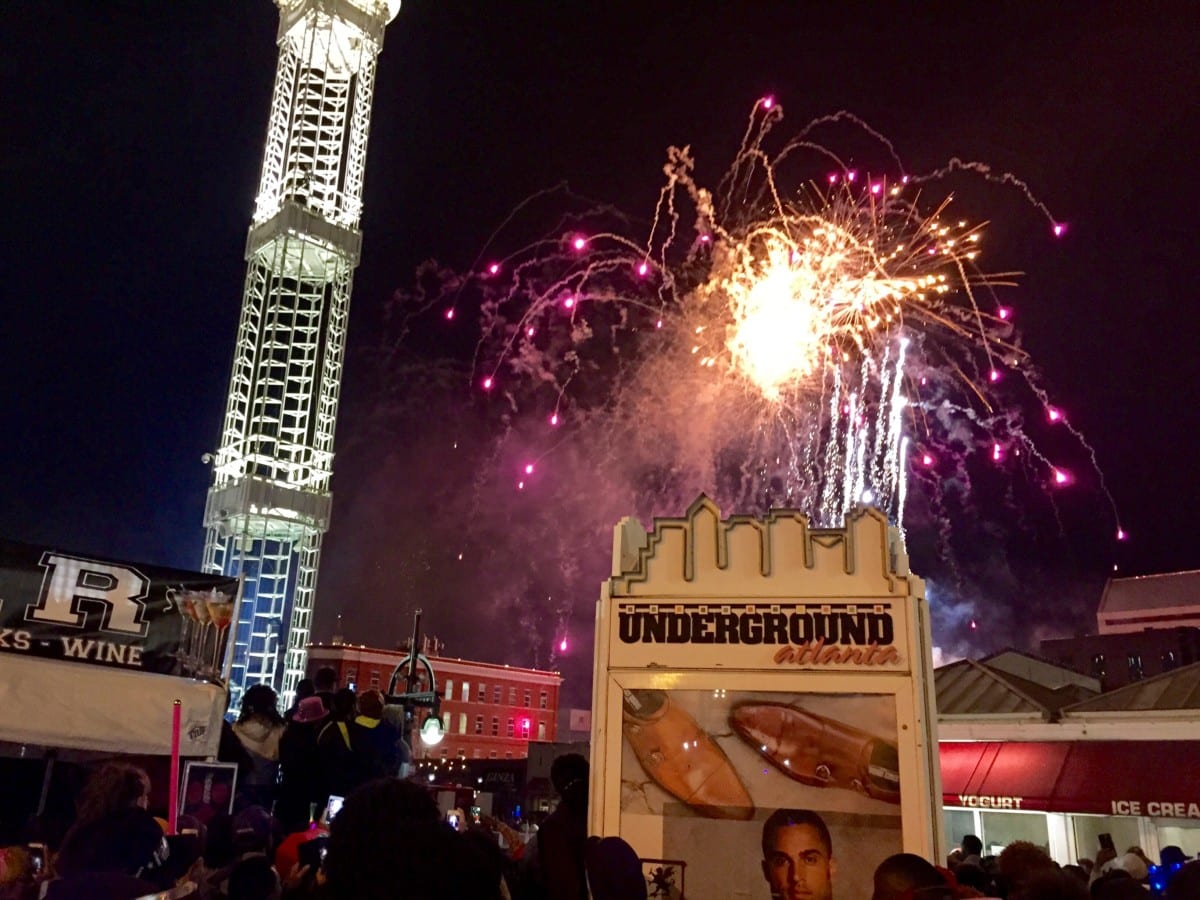 Despite speculation to the contrary, the city of Atlanta will host the Peach Drop to ring in 2017.

The traditional New Year’s Eve celebration for 2017 was in doubt because the city is in the process of selling Underground Atlanta to South Carolina-based developer WRS Inc.

But Atlanta Mayor Kasim Reed said the city has decided to put off the closing of the Underground sale for a few days so it can host the Peach Drop.

“We tried to cancel the Peach Drop before to very bad results,” Reed said in an interview Thursday. “There was a public outcry, and it was loudly and wildly protested.” 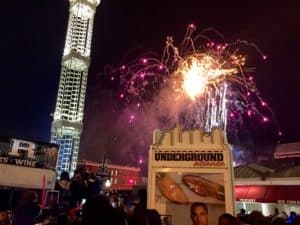 Initially, the closing of the sale of Underground Atlanta was set for earlier this year, but then both the mayor and WRS said it would close by the end of the year.

“If we canceled the Peach Drop, we could close by Dec. 31,” Reed said. “Or we could have the Peach Drop and close within the first five days of the year.”

Reed explained it would have been hard to relocate the popular New Year’s Eve celebration to Woodruff Park or Centennial Olympic Park with such short notice.

“Underground Atlanta is the only place we can do it,” Reed said. “To do it in a new venue would have created new security concerns.”

The Peach Drop has been an Atlanta holiday tradition since 1989, said William Pate, president and CEO of the Atlanta Convention & Visitors Bureau. Artists including Ludacris, Collective Soul, Sister Hazel and Miranda Lambert have performed at the event. And, of course, it includes the drop of an 800-pound peach in a similar style to the famous ball drop in Manhattan’s Times Square.

“Residents look forward to this great event each year, and it also gives visitors a special way to ring in the new year,” Pate said.

Now, the future of the Peach Drop at Underground Atlanta beyond the 2016-2017 New Year is in doubt.

For starters, it is possible construction will begin in 2017 on the extensive development planned by WRS. The mayor also said there are complex liability issues related with the event, and a private owner may be unwilling to assume that risk.

When asked his thoughts about the prospective closing of the Underground Atlanta sale being delayed a few days so the city could host the Peach Drop, WRS CEO T. Scott Smith wrote in an email: “We are looking forward to the closing on the property and getting the project started.”

A.J. Robinson, president of Central Atlanta Progress, confirmed that this would be the last year that the Peach Drop will be at Underground. But he said efforts are underway to have some kind of public New Year’s Eve celebration in downtown Atlanta in the future.

“It’s a great opportunity for us to rethink where a New Year’s Eve celebration should be,” Robinson said. “It may return in a different format and a different place, but I’m confident the community will rise to the occasion and come up with a good solution.”

Amy Wenk covers the retail and hospitality industry for the Atlanta Business Chronicle.