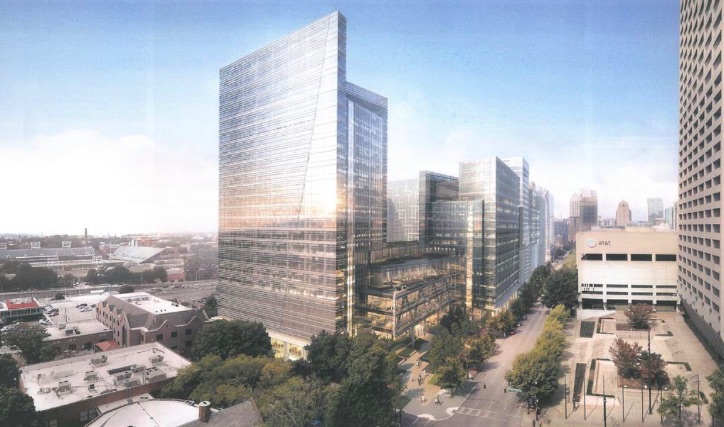 By Doug Sams and Maria Saporta
As published in the Atlanta Business Chronicle on Dec. 14, 2018

Norfolk Southern Corp. on Dec. 12 completed a nearly year-long and sometimes bumpy ride to relocate its headquarters from Virginia to Atlanta.

The deal was forced to navigate the complexities of Atlanta politics, getting hung up in a contentious effort to redevelop downtown’s Gulch, where the railroad giant needed to sell about 16 acres.

The relocation involved negotiating a sale of that land to Los Angeles developer CIM Group, which is redeveloping the Gulch, a landmark downtown property with roots as a critical 19th Century railroad terminus.

The Gulch transaction between Norfolk Southern and CIM Group was finalized in recent days, with a sales price of close to $115 million, according to local real estate information firm Databank Inc. It was one of the last pieces of the relocation, as funds from the land sale will be invested back into Norfolk Southern’s new 1 million-square-foot Midtown headquarters.

“It’s been a long time coming,” Norfolk Southern CEO Jim Squires told Atlanta Business Chronicle. “We have been working on this for nine months – the catalyst being the opportunity to sell our property in the Gulch.”

The company’s relocation from Norfolk, Va., was formally presented at the State Capitol, with Gov. Nathan Deal and Atlanta Mayor Keisha Lance Bottoms on hand. “This relocation,” Bottoms said in a news release, “is a reminder that great things happen when our public and private sectors work together.”

It was also the latest in a series of economic development wins for deal, including Salesforce, 600 jobs; Starbucks Corp., 500 jobs.; and BlackRock, 1,000 jobs. Now, the process of relocating Norfolk Southern, the latest Fortune 500 headquarters, begins. The effort could take a couple of years.

Besides selling its property in the Gulch, Norfolk Southern needed to secure an investment package from both the city of Atlanta and the state of Georgia. Another important piece was finding the right location and development partner for the new headquarters.

Norfolk Southern is partnering with Cousins Properties Inc. (NYSE: CUZ) on the project. More details of that arrangement are expected during the first quarter of 2019.

It will include a street-side café and an outdoor plaza at the corner of Ponce de Leon Avenue and West Peachtree Street. It will also feature terraces along West Peachtree Street, a courtyard garden, and day care center. The project is being designed by Pickard Chilton, HKS and engineers Kimley Horn.

“Midtown is having an extraordinary resurgence,” he said. “Georgia Tech is right there. And, this project will take that energy and extend it.”

“It is a culture change,” Squires said, of the move from Norfolk to Midtown, a far more urban community.