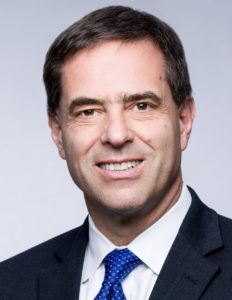 Metropolitan cities like those in north Fulton face tough choices on transportation. With limited resources and no shortage of road, bridge, and path projects to fund, the promises of short-term gain naturally glitter with greater appeal than those initiatives that address the long-term benefits of visionary leadership. Notwithstanding the transient impact of COVID-19 on traffic patterns, metro Atlanta has reached a critical moment in time when it comes to our roads and highways. With projections for continued growth over the next decades, we can’t keep paving our way to an uncongested future. Few would argue with the fact that an effective transit system across the region is critical to our region’s future. The challenge is agreeing on the means to realize this vision.

As it happens, in 2018 all the players involved in this muddied bog of state, county and local policymaking actually came to an agreement on the means of realizing a transit future for metro Atlanta.  First, the Georgia Legislature created the Atlanta Region Transit Link (ATL) Authority to coordinate and integrate transit planning for metro Atlanta. Second, Fulton County and its cities adopted the Fulton County Transit Master Plan, including Ga. 400 BRT. Third, MARTA committed to operating the BRT within its current funding streams. Finally, based on the commitments made by Fulton County and its cities to a transit future, then-Gov. Nathan Deal provided a “kick start” to realizing this future by allocating $100 million of state funds to ensure the future Ga. 400 Express Lanes project would be built with connectivity and right of way to enable BRT on the lanes from the North Springs MARTA station to Windward Parkway. Think of it as a train on rubber tires with stations along Ga. 400. 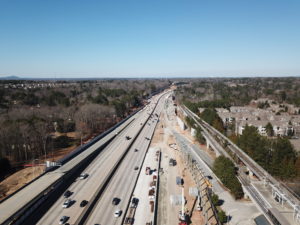 The elected leaders in north Fulton County’s six cities are to decide this Spring on whether voters will be asked to extend a sales tax and use a portion to pay for bus rapid transit along a stretch of Ga. 400, north of I-285. Credit: GDOT

The table was set, and it was now time for the municipalities to make good on their promised vision.  Should the cities of north Fulton choose not to find their share of local funding for Ga. 400, an unfortunate precedent would be set which would likely jeopardize state funding commitments to future projects and adversely impact local jurisdictions across Georgia.

Realizing a transit vision while making good on a promise to the state of Georgia are reasons enough to act. However, there is a new reality in Washington that makes an even more compelling argument for local transit funding.

The Biden administration has clearly communicated its intent to fund infrastructure initiatives across the country with a premium on projects that meet their goals for equity and environmental sustainability. Transit initiatives align perfectly with these values. With their decision to create a Transit Improvement project in their TSPLOST list, the north Fulton cities will be affirming their alignment with the federal government’s goals and greatly enhance the likelihood that projects such as the Ga. 400 BRT will receive the federal match necessary to complete the funding requirements or to receive federal discretionary funding. 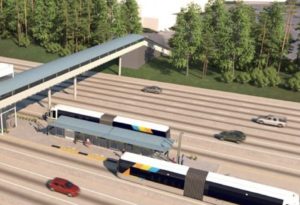 This rendering shows that BRT vehicles are to operate in dedicated lanes along Ga. 400’s northbound and southbound lanes. Credit: GDOT

During the months of March and April, the cities of north Fulton will each compile a list of transportation projects to which they will commit their share of the next round of TSPLOST dollars. It is imperative that each of these cities allocate 10% of their share of TSPLOST funds to a Transit Improvements project. In doing so, the cities will be showing leadership by investing in a long-term vision; they will be making good on their past promises to their communities, Fulton County, and the State of Georgia; and they will be ensuring that their constituents will not miss out on the federal transit funding that will be made readily available by the new Biden administration.

Note to readers: Kevin Abel serves as secretary of the State Transportation Board, which oversees the Georgia Department of Transportation. Abel was elected to the board in 2019 and represents Congressional District 6, which includes portions of Cobb, DeKalb and Fulton counties. He is a Leadership Atlanta graduate, a former finalist for Atlanta Small Businessperson of the Year and was on the Georgia Trend 40 Under 40 List. Until recently, Abel served on the board of New American Pathways, a refugee resettlement and services nonprofit. 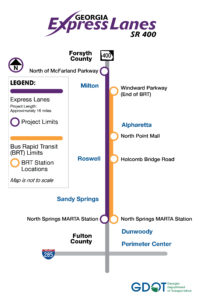 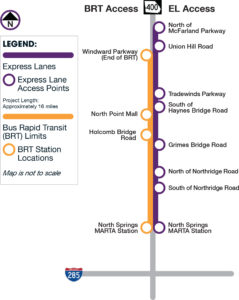