Nostalgia and 50 Atlanta pies served up in a zine 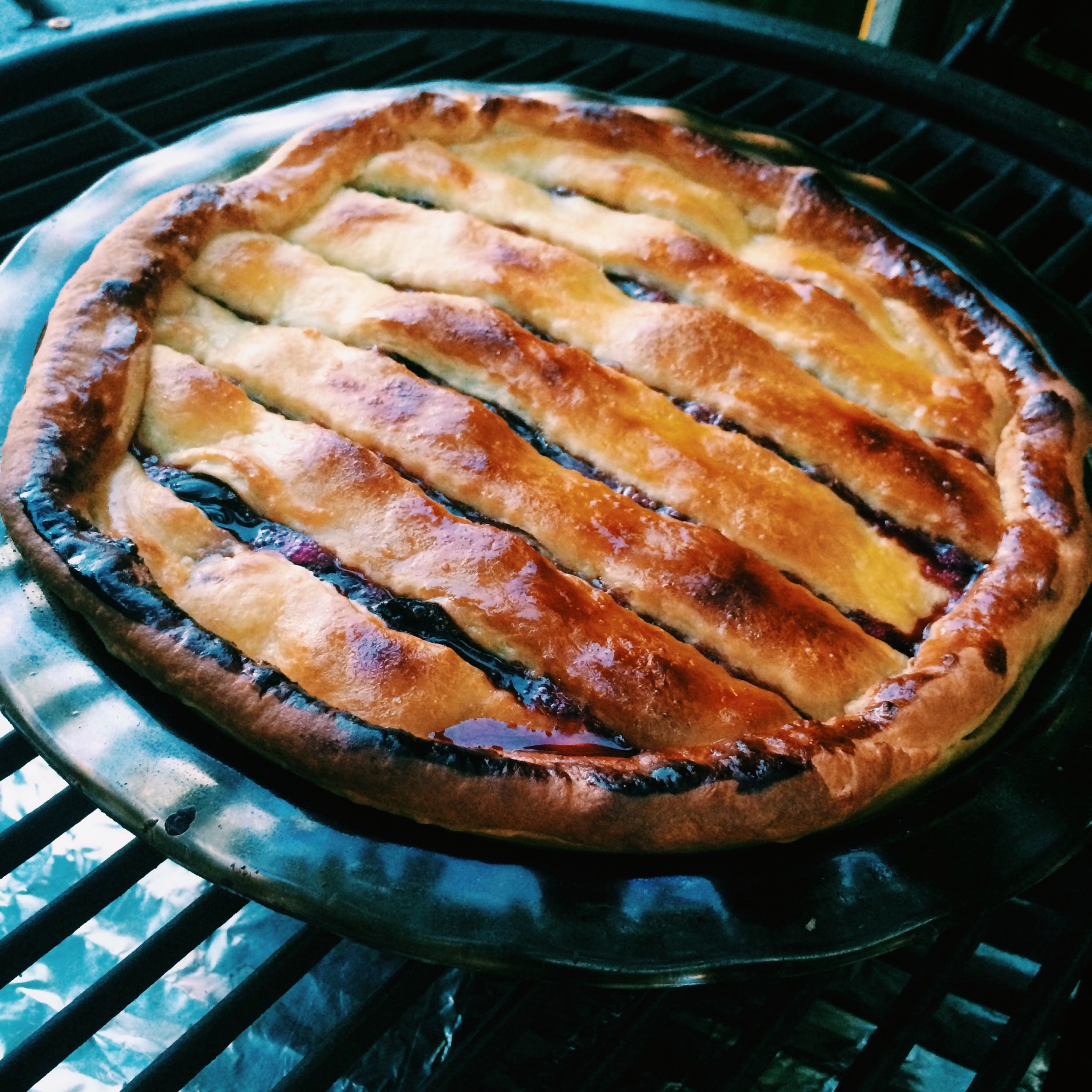 With so many ways to tell a story, the promise of a personal handmade one drew me earlier this month to Printed Matter, a show and sale of zines in east Atlanta. Stepping from a thick rainstorm into the warm atmosphere of Hodgepodge Coffeehouse and Gallery, I delighted at the clothesline fluttered with lettered, drawn and stapled booklets that reminded me of my own childhood projects. 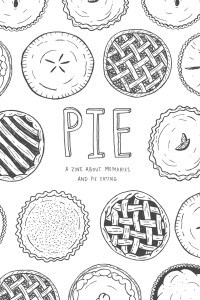 After blogging and Instagramming her pies, Vega marked the 50th and final pie with a printed zine. She sold all 50 copies on the Internet and gave the $800 profit to the Atlanta Community Food Bank.

These zines (short for magazines) were made by adults who crafted a message with thought, heart and hand. One was downright irresistible: Pie, A Zine about Memories and Pie Eating. For $6, I got a 30-page booklet of sweet drawings, recipes and a short story involving a cherry pie left in a school locker. This led to behind-the-pies story about how 28-year-old Muriel Vega chose certain media to carry her story for the greatest results (including raising $800 for the Atlanta Community Food Bank.)

“A zine is nostalgic,” she told me. “It’s someone’s thought that goes into it. You get that personal feeling with a zine, and I especially wanted that feeling because it’s the feeling of pies too.”

As easy as homemade pie

Pie making, particularly a flaky crust, is so challenging that Carl Sagan once said, “If you wish to make an apple pie from scratch, you must first invent the universe.” No YouTube video can convey the tactile sensation of proper dough texture and moistness. It is as much art and intuition as technique.

Vega set out to master pie making in late 2013. Everyday stress was bothering her more than usual, and she wanted to bump up her culinary skills.“I’ve always been a baker of cupcakes and cakes,” she said. “I knew it was so hard to make one, and I needed something to occupy my hands. Making pies was something I was doing for myself, and I didn’t have anyone to guide me.” 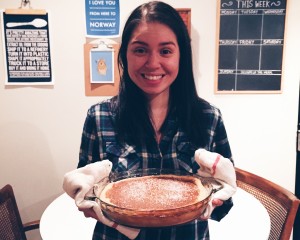 Muriel Vega set out to master pie making as a way to soothe stress and add to her culinary skills. She documented her journey across social and print media.

Vega quickly realized that achieving simple goodness required persistent trial and error. “The first one took me five tries to make with a frozen crust,” she said. “It was a frustrating screaming match and my dog was covered in flour.”

A Georgia State graduate in English and journalism, Vega created #muriels50pies on Instagram. Friends and random people started following her, and with her fans and new skills and focus, she felt new confidence. “After making pie after pie, I noticed I was calmer,” she said. “Concentrating on one thing helped me eventually forget about the little things that were bugging me.”

The epitome (epietome?) involved a collaboration with her boyfriend, a skilled meat smoker. The resulting smoked black cherry habanero pie was the best thing she had ever eaten.

Black Cherry Habanero Pie was No. 24 in Muriel Vega’s roll to making 50 pies in a year and documenting them. It was cooked in a smoker.

The medium is the message

To mark the 50th pie, Vega wanted to “tell a different story.” She wanted to produce it as a tangible souvenir of her experience learning to trust her intuition, develop patience and employ the freshest ingredients. But which publishing platform would hit that sweet spot of warmth and touch?

“The main part of the project was on Instagram, but I looked for a way to make this really great at the end,” she said. “I’m all for tech, and I’m on social media 24/7, but I think there is something still beautiful about having a tangible item that you receive in the mail… A zine is such a high school thing, a little scrapbook with all your feelings in it.”

Through hand drawn designs and limited quantities, and 180 degrees from Snapchat and Twitter, zines can express identity intimately.

“My personal background in zines is deeply rooted in girlhood,” noted Amanda Mills, who started the Atlanta Zine Fest, scheduled July 18 this year around the theme of girlhood. “I was able to construct relatable narratives of girlhood that I didn’t find elsewhere.”

Vega, who grew up in Norcross and works as a freelance writer, wanted the zine to have a connect-with-your-grandma feeling. She solicited pie memories from her social media followers and real-life friends. Illustrator Sunny Eckerle of Hellowhiteelk.com supplied pie drawings, and Lauren Kucera, for instance, wrote about a triumphant peach pie made for her father: “For just a moment, enveloped in baking spices, I felt capable near him.” 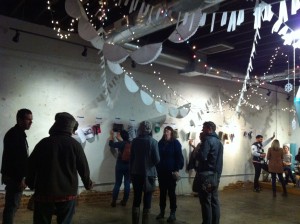 Zines displayed on the walls at Hodgepodge Coffeehouse in East Atlanta at the Jan. 2 Printed Matter fundraiser.

Vega sold the zine for $10 online, and readers bought out her limited edition series of 50 zines, each with a Polaroid of one of the pies tucked in. Uncomfortable making money from crowdsourced content, Vega donated the $800 in sales to the Food Bank, and an anonymous donor matched it and all gifts made last month.

Like the shape of most pies, her project had come full circle. Far more people took part, and benefited, than she could have imagined when she started.

“I always think of pie as home, that safe slice of pie either at home or a diner where everyone knows you,” she said. “A lot of people don’t have that.”