The 2014 Music Midtown special events application, scheduled to go before Neighborhood Planning Unit-E Tuesday evening, was deferred until the group’s Sept. 2 meeting – only 17 days before the two-day concert will take place in Piedmont Park.

The Midtown Neighbors Association, one of the communities that is part of the NPU-E planning area, voted against the Music Midtown application at its monthly meeting on July 31.

The application was deferred so Music Midtown promoters could continue working with the City of Atlanta and the community to address issues of concerns, according to NPU-E leaders. 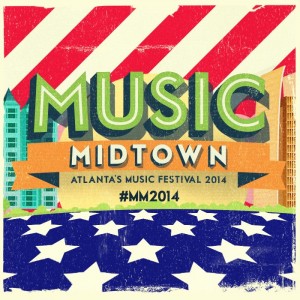 “We are pleased that Music Midtown understands the importance of working with the neighborhood to address the concerns of the residents as well as the concert goers,” said Penelope Cheroff, chair of NPU-E. “There is no question that the neighborhoods around the park always have a concern that Piedmont Park is not damaged by overuse with too many festivals.”

Mark Banta, president and CEO of the Piedmont Park Conservancy, said he has been attending neighborhood meetings to hear their concerns about the park.

“While the city permits events such as the Peachtree Road Race, the Dogwood Festival and Music Midtown, the Conservancy works with the city and event organizers to implement best management practices to mitigate damage to the park,” Banta said. “That’s really our role – to stay in the middle and try to provide the expertise to accommodate the crowds with the least amount of impact.”

Although Music Midtown promoters and neighborhood leaders have reached consensus on several issues, they still have differing views on the traffic plans and patterns that are being proposed to put on the event.

Music Midtown has told the community that it is the City of Atlanta that develops the traffic plan for the event. But putting on a two-day concert with acts on three stages does require significant set up and dismantling of the gated event, including the closing of Midtown streets and the rerouting of traffic.

Atlanta City Councilman Alex Wan, who spoke at the beginning of the NPU-E meeting, said the issue of holding major special events in Piedmont Park is complicated because it involves legal, political and practical considerations.

“We need to address who has authority over our streets,” Wan said, adding that the city wants to have major events at its venues. But it does want those events to peacefully co-exist with their surrounding communities.

Wan said the city is trying to commission a traffic study that will take place during the 2014 Music Midtown so that it will be able to make more informed decisions in future years when permitting Class A festivals and events.

Although the Midtown neighborhood voted against the Music Midtown application, that vote is not viewed as having the ability to kill the two-day concert. This will be the third year in a row that Music Midtown will have been held in Piedmont Park.

Previous Article
ULI-Atlanta selects members of its 2015 Center for Leadership class
Next Article
Ron Allen, 72, to retire as CEO of Aaron’s at the end of August