Nuclear power, renewable energy could be on rise in Georgia; coal’s future unclear

Georgia in recent weeks has been the site of three significant developments that illustrate the nation’s struggle over energy sources.

A Republican proposal to loosen the market grip of power companies in order to promote renewable energy resources was introduced last week in the General Assembly. Senate Bill 401 bill carries the signatures of party leaders including Sen. Tommie Williams (R-Lyons), who essentially governs the chamber, and Sen. Chip Rogers (R-Woodstock), the majority leader.

Meanwhile, the Obama administration has granted both approval and financing for a nuclear power plant in Burke County, at Plant Vogtle. On the other side of the coin, a developer of a planned coal-fired power plant in Early County relinquished in December its permits for the plant as part of a settlement of a lawsuit brought by environmentalists over its plant in Texas. The fate of a proposed coal-fired plant near Sandersville appears uncertain after Cobb EMC pulled out of the deal. 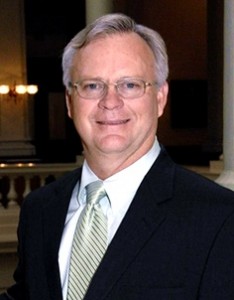 The support of Williams and Rogers for SB 401 significantly improves its chances of passage, if not this year then in the foreseeable future. Democrats who signed on include Sen. Jason Carter, of Decatur, a grandson of former President Jimmy Carter; and Sen. Doug Stoner, of Smyrna, the caucus chairman.

Williams and Rogers have prevailed over the state’s power structure in the past.

In 2008, the lawmakers were the two lead signers of a proposal that took on the Georgia Chamber of Commerce, local hospitals, and other backers of the state’s Certificate of Need Law. The law regulates construction of medical facilities in an effort to prevent oversupply.

In 2008, the Legislature changed the CON law in a move that allowed the private, for-profit Cancer Treatment Centers of America to open a facility in Georgia. The compromise that Williams and Rogers helped negotiate, signed by then-Gov. Sonny Perdue, calls for two-thirds of the hospital’s patients to come from outside Georgia. The hospital is slated to open in Newnan in 2012.

Click here to read the saportareport.com story about the groundbreaking in Newnan.

In the case of SB 401, the vested interests include the power companies and their supporters.

The legislation would crack the virtual monopoly the power companies hold over energy creation in the state. The state’s current law governing public utilities makes it financially unfeasible for small power providers, such as homeowners and commercial building owners, to install and operate power systems such as rooftop solar systems and wind turbines.

The proposed change would strip away some restrictions on facilities known as decentralized power generators. Currently, the state and nation relies on a system of central power plants.

The change would enable the creation of a new type of business in Georgia, one that could finance, install and operate solar panels on rooftops of homes and commercial buildings. The legislation specifically adds to the current law power that is generated by solar systems, and by fuels including biomass, municipal solid waste, landfill gas and hydropower.

SB 401 was introduced Feb. 7 and assigned to the Senate Natural Resources and Environment Committee, which handles issues related to energy resources and development. 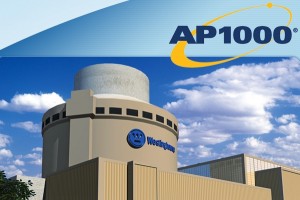 The nuclear power plants were approved Feb. 9 by the Nuclear Regulatory Commission. The units are to begin operating in 2016 and 2017, and represent a $14 billion investment, according to statement from Southern Co., parent company of Georgia Power.

“Southern Nuclear, a subsidiary of Southern Co., is overseeing construction and will operate the two new 1,100-megawatt AP1000 units for Georgia Power and co-owners Oglethorpe Power Corp., the Municipal Electric Authority of Georgia and Dalton Utilities. Georgia Power owns 45.7 percent of the new units, with a certified cost of $6.1 billion.”

The federal loan guarantees for the nuclear plant were announced Feb. 16 by President Obama and Energy Secretary Steven Chu. The announcement was made at the International Brotherhood of Electrical Workers, Local 26, in Lanham, Md. The two projects are expected to create 3,500 jobs during construction and 800 permanent jobs to run the plants.

A statement by Southern Co. said total guaranteed borrowings would not exceed about $3.4 billion. They are expected to be funded by the Federal Financing Bank and secured by Georgia Power’s interest in the two sites.

The company was willing to give up its permits, as part of a negotiation over a Texas plant, in part because the 2008 Recession had greatly reduced demand for electricity in Georgia, a company officer told the Associated Press in December. In addition, the plant faced competition from the Plant Vogtle expansion.

An effort to build the proposed $2 billion coal-fired Plant Washington, near Sandersville, may have stumbled last month when the board that oversees Cobb EMC decided with withdraw its support. Other investors are interested in joining the project, according to a report in The Atlanta Journal-Constitution.

Previous Article
Solar power industry grows in Georgia — creating jobs in green emerging industry
Next Article
With the right bra, a woman’s self-esteem is up here