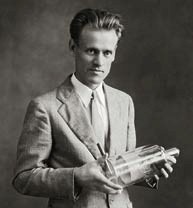 Rigby, Idaho—Life before television lies in stark relief here in this small high desert town (pop. 4000) in southeastern Idaho. Its claim to fame is the birthplace of TV, where a teenaged farm boy first thought up the technology that allowed invisible waves to carry images into our homes.

The story is told at the quirky Farnsworth TV and Pioneer Museum, which itself could be a destination for the Travel Channel. In this converted hotel, amid the animal trophies, retro beauty shop mannequins and collections of barbed wire, you can find his quintessentially American hard-luck inventor story. Philo Farnsworth believed he could invent a device to transmit pictures and sound over long distance, and he did it without getting much credit or fortune. 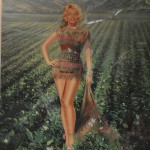 Museum poster of Marilyn Monroe in an Idaho potato sack

Agriculture is big in southern Idaho, and people here want the world to see that. In her heyday, Marilyn Monroe was even enticed to wear a burlap potato sack to advertise the state’s famous crop. That poster is in the museum, too.

Farnsworth, the son of a sharecropper, made his discovery in a potato field in 1922.

He was a self-taught tinkerer, skilled at making complex repairs on farm machines. He had eagerly read about electrons, magnetism, relativity and optics in all the science magazines he could find. He imagined following the footsteps and bootstraps of famous American inventors. 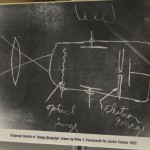 At 14, Farnsworth made this drawing of the “image dissector”

At the time, “Radiovision” was a mechanical device used large spinning disks for both transmitting and receiving pictures, and the setup was awkward and hazardous. Pulling a disk tiller over a potato field, Farnsworth observed how the round blade cut straight parallel furrows. What if a picture could be scanned line by line and sent electronically, via radio waves? 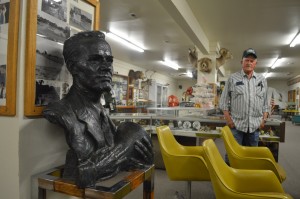 “He drew it for his science teacher at 14,” said Gary Spaulding, president of the museum and Jefferson County Historical Society, who gave us a special tour on a Monday when the doors are usually closed. “He was a real go-getter. He didn’t sleep much, and later in his life, he would wake up after trying to solve a problem and light another cigar and write the answer down.”

Farnsworth explained it this way on a YouTube clip from the 1957 TV game show, “I’ve Got a Secret”: “My contribution was to take out all the moving parts and make the thing entirely electronic, and that was the concept I had when I was just a freshman in high school.”

Farnsworth’s battle to claim his invention is a drama is the subject of several books.

He studied electrical engineering in college, moved to San Francisco and persuaded tech investors to bankroll his research lab. In 1927, he produced the first television image that was all electronic. 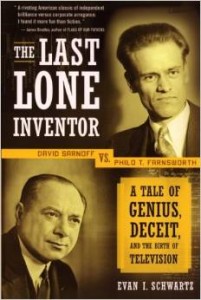 One of several books about the disputed invention of television.

“He and his wife and brother-in-law learned how to blow glass so they could make the television tubes,” Spaulding said. “We sent some of the tubes to the Smithsonian.”

Farnsworth filed for patents, and his work attracted RCA’s David Sarnoff, a radio mogul who wanted to control TV too. Sarnoff and RCA maintained its chief scientist had discovered the basic technology for TV before Farnsworth. Farnsworth spent much of the rest of his life fighting RCA.

“The boy genius and the mogul were locked in a confrontation over who would control the future of television technology and the vast fortune it represented,” according to a blurb for “The Boy Genius and the Mogul: The Untold Story of Television,” by Daniel Stashower.

“Farnsworth was enormously outmatched by the media baron and his army of lawyers and public relations people, and by the 1940s, Farnsworth would be virtually forgotten as television’s actual inventor, while Sarnoff and his chief scientist would receive the credit.”

The struggle took its toll on Farnsworth. Time magazine wrote that he “withdrew … suffering from depression, which was made worse by excessive drinking. He had a nervous breakdown, spent time in hospitals and had to submit to shock therapy.”

Farnsworth ended up with 165 patents, on devices ranging from night vision technology to the first infant incubator. He died in 1971 at age 64, not entirely pleased with his creation. 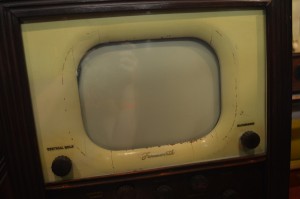 Farnsworth “felt he had created kind of a monster, a way for people to waste a lot of their lives,” his son Kent was quoted in Time. “Throughout my childhood his reaction to television was, ‘There’s nothing on it worthwhile, and we’re not going to watch it in this household, and I don’t want it in your intellectual diet.’”

The museum in Rigby focuses on Farnsworth as inventor, not litigant, and the pioneer ethic that hard work is the key to survival and success.

As we were leaving, our guide Spaulding thanked us for the interest in the museum and making time during our family vacation to visit. We thanked him for coming in on his day off. 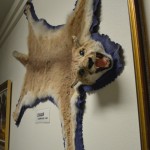 Also in the TV museum are local relics like animal trophies.

“Oh, you just kept me from baling hay,” he said before locking up.

Then he headed back to the nearby fields where a teenager first imagined sending images across invisible waves. We left thinking that no one now can imagine a world without TV.