George Chidi speaks on his reasons to Occupy Atlanta

In his own words: George Chidi explains why he is Occupying Atlanta. Credit: David Pendered

Occupy Atlanta showed no evidence of shutting down Sunday afternoon.

The group has until the adjournment of the Atlanta City Council meeting on Monday, according to an executive order Mayor Kasim said in an Oct. 12 statement that he signed. A copy of the executive order was not evident on the city’s website.

Here are some sights and sounds of the Occupy Atlanta event.

Reed was scheduled to be in Washington, D.C. Sunday for the dedication of the Dr. Martin Luther King, Jr. Memorial on the National Mall.

Occupy Atlanta is a companion movement to Occupy Wall St. and is among more than 1,500 similar movements that organizers says have formed around the globe.

Followers appear to be a loosely knit group gathered together to address their individual concerns on a wide array of social, political and economic issues. 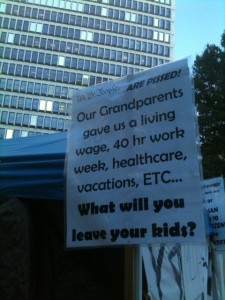 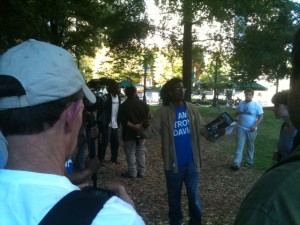 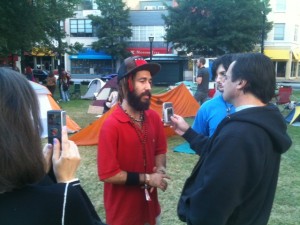 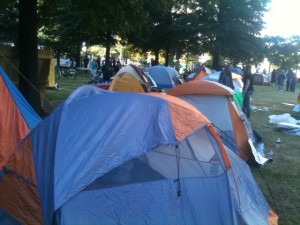