Opening of Publix in northwest Atlanta welcomed by residents and politicians 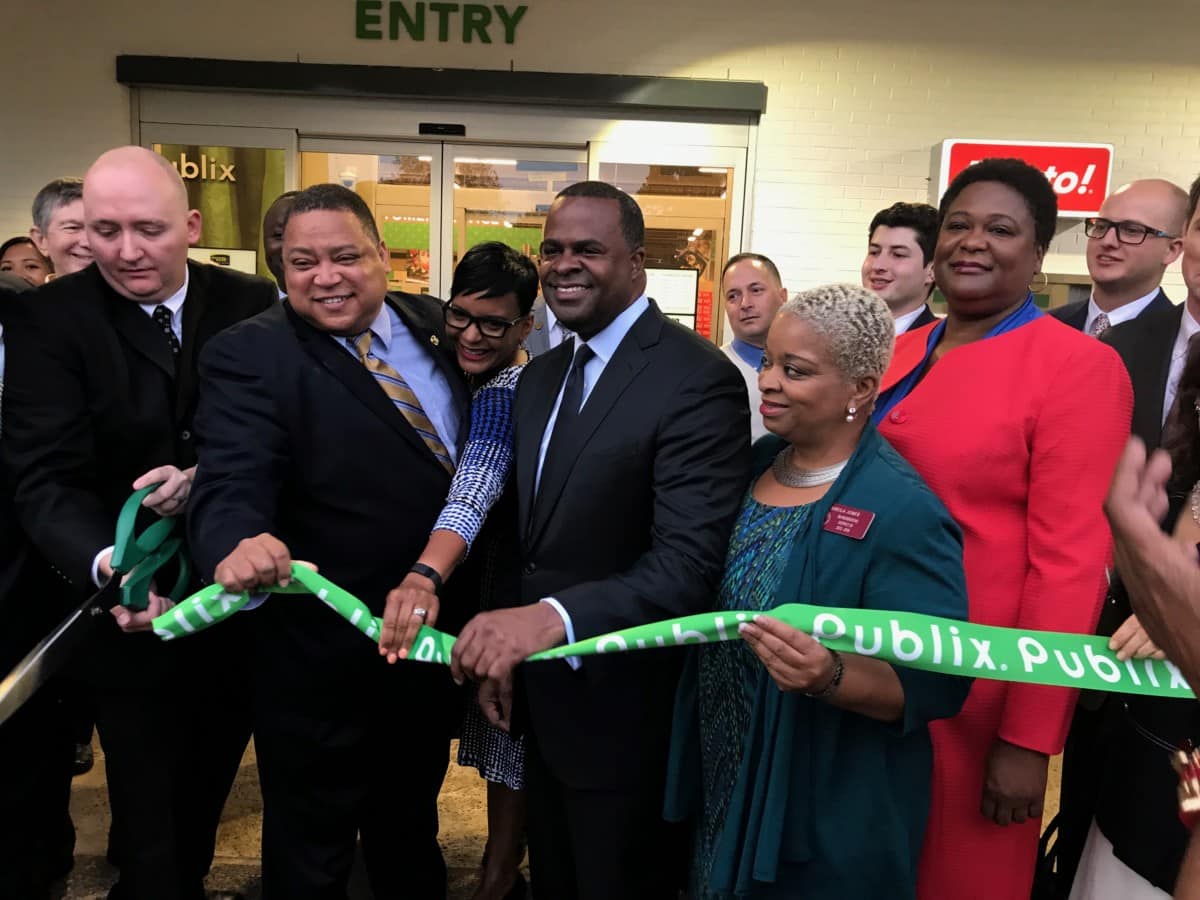 Politics was on the shopping list at the opening of the new Publix on Moores Mill and Bolton roads Wednesday morning.

The ribbon-cutting ceremony provided a stage for people running for office and for those seeking to settle political scores and slights.

But the real stars of the day were the dozens, if not hundreds, of community residents who showed up at the store before 7 a.m. to  celebrate the long-awaited amenity in their neighborhood. 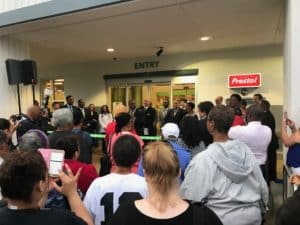 Before the ribbon-cutting, the crowd listened to remarks from Mayor Kasim Reed. The turnout was so great that there were no parking spaces in the lot (Photo by Maria Saporta)

It had taken 12 years of legal and governmental wrangling to bring the $95 million shopping center project to opening day.

Or as EDENS developer Herbert Ames joked, the 12-year-long project had caused some of his hair to turn gray. But on Wednesday morning, Ames was all smiles.

Still, the political jockeying began as soon as the mikes were turned on.

Legitimately, Atlanta City Councilwoman Felicia Moore, who represents the area, kicked off the program. She has been the leading advocate and protector of the community and the project during its agonizing journey.

(It just so happens that Moore is one of three district councilmembers running for president of the Atlanta City Council. One of her opponents, Alex Wan, was on hand for the festivities. 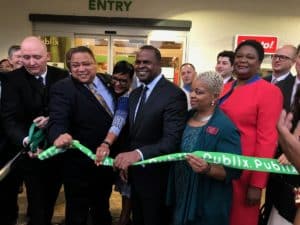 One of the most interesting dynamics occurred after Atlanta Mayor Kasim Reed’s remarks. Reed has seen Moore as his key nemesis on Council, and he barely acknowledged her during the program.

Instead, when Publix store manager, Chris Jacobs  started talking, the mayor interrupted to make sure Councilmember Keisha Lance Bottoms could have a moment to talk. She was not part of the program, so it seemed to substantiate the widely-held belief that Reed is supporting Bottoms in her quest to become the next mayor. Councilmember Michael Julian Bond also chimed in.

Finally it was time to cut the ribbon, and there was more political jockeying as Bottoms, Bond and Reed took center stage.

Resident Regina Killens yelled from the crowd: “Felicia, get in the middle.” To no avail.

After the ribbon was cut, Killens credited Moore for making the project happen.

“She fought for it big-time,” Killens said. “Some of the people standing up there fought against her. I’m not going to say who they are. Felicia should have been holding the scissors. She made it happen.” 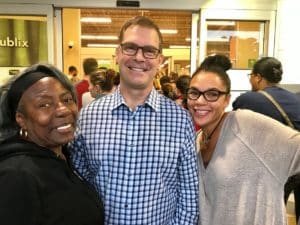 Another group of residents came up announcing they were “Felicia fanatics.”

Either way, Moore smiled above the political fray, posing for pictures with her admirers and constituents.

“I still need to be pinched. It’s been so long,” said Moore, amazed by the throngs of folks who had shown up for the opening. “This is a community Publix. If it weren’t for the people, it would not have happened. We finally have food in this food desert. Today is the culmination of a lot of hard work by so many people.”

By the way, mayoral candidates Ceasar Mitchell, president of the Atlanta City Council, and Mary Norwood, a citywide councilmember, also were present, sharing the happy moment with the residents of northwest Atlanta. Citywide Councilmember Andre Dickens was on hand, even posing for a picture with Dustin Hillis, a candidate for District 9 – Felicia Moore’s seat. 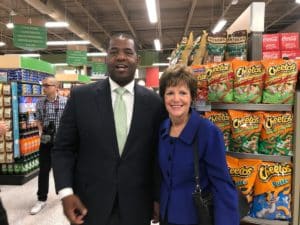 Mayoral race is on: Atlanta City Council President Ceasar Mitchell with Councilmember Mary Norwood – both running to be Atlanta’s next mayor (Photo by Maria Saporta)

While Mayor Reed was shopping in the grocery store, I asked him to share his thoughts about the project. “It took a lot of folks to make this day happen,” Reed said.

When asked about the contributions of Felicia Moore, the mayor’s initial response was: “She voted against it. I’ve never seen a councilmember vote against a project like this in my life.”

At first Moore had no idea what Reed was referring to. And then she remembered a vote in June, 2015 that would have applied $800,000 of Transportation Impact Fees to the project, as long as the remaining $8.9 million in the fund would have been spread among the 12 Council districts, a move she and the city’s law department felt would violate state law. (Buckhead View’s John Schaffner did a story on that decision at the time.)

After Mayor Reed had checked out of the grocery store line Wednesday morning, I pressed him about Moore’s role with the project. Finally the mayor acknowledged: “She worked hard on it as well.”

Political season is alive and well in Atlanta. 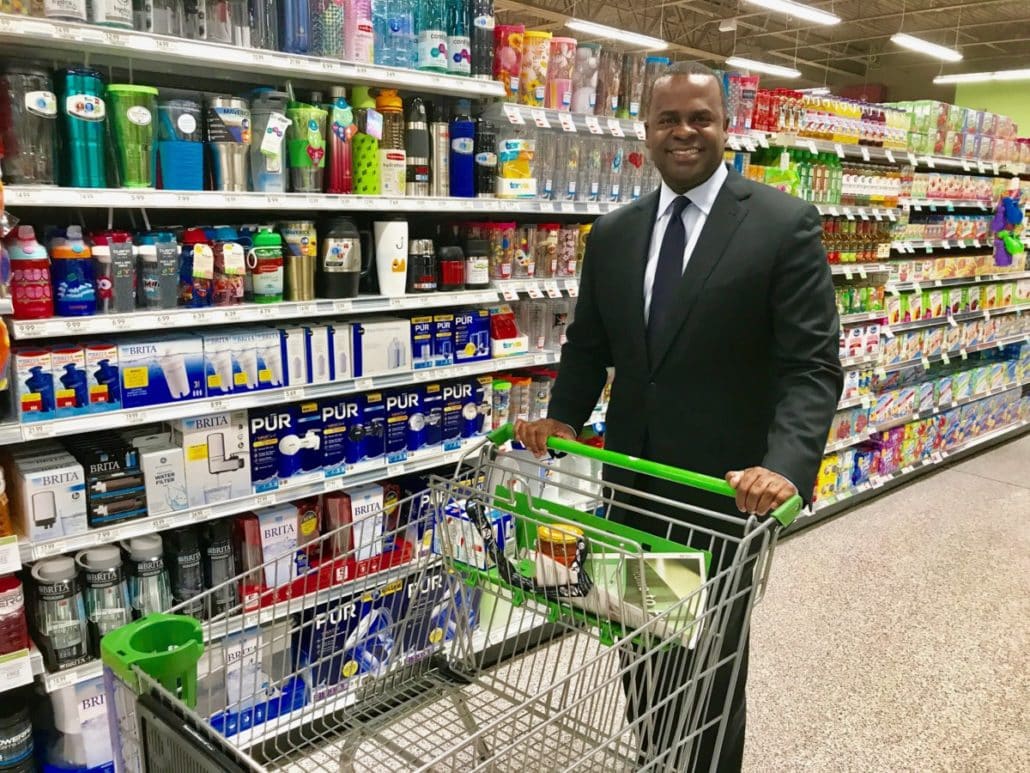 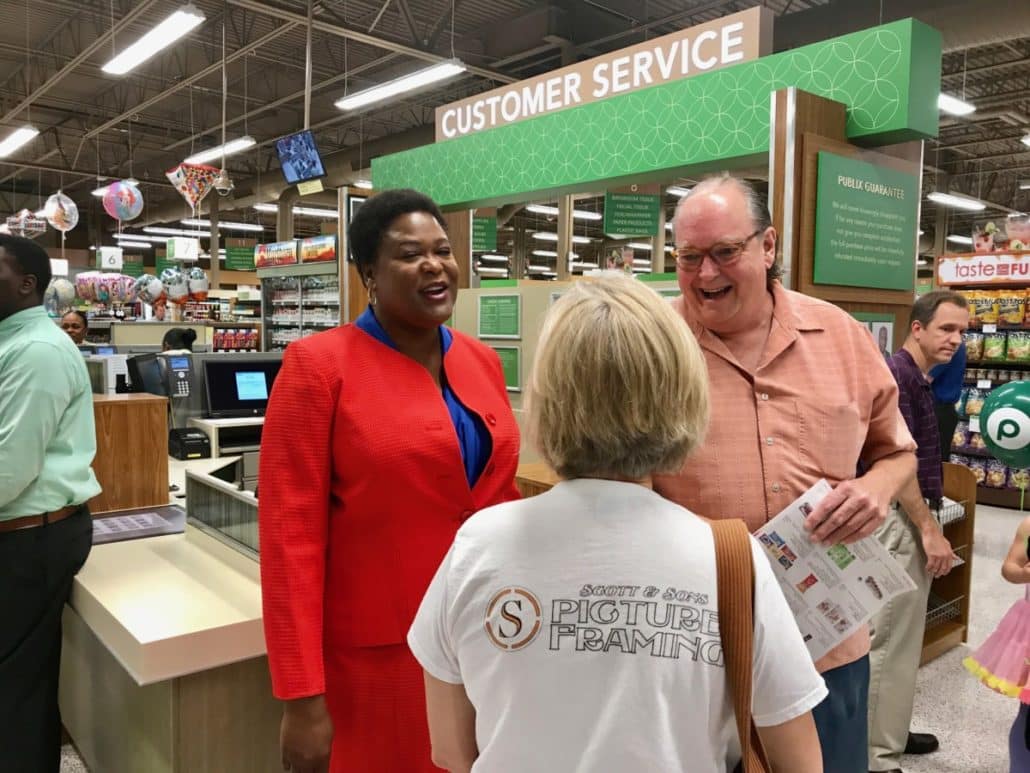 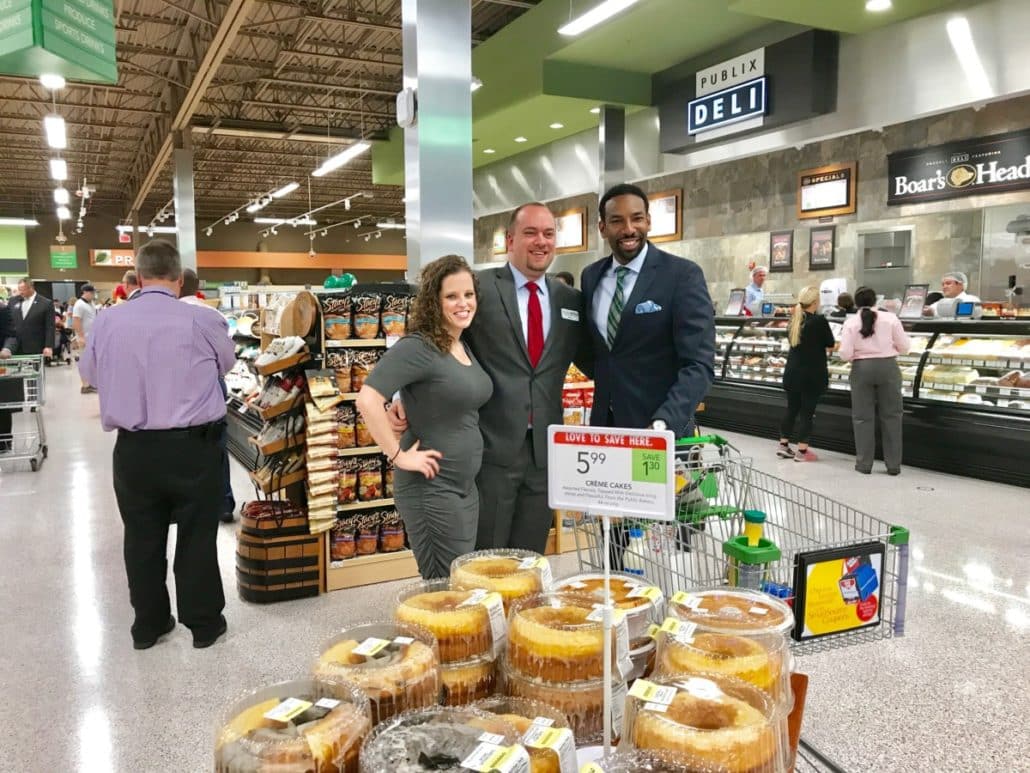 Councilmember André Dickens (right) gets his picture taken with Dustin Hillis, who is running for District 9 (Photo by Maria Saporta) 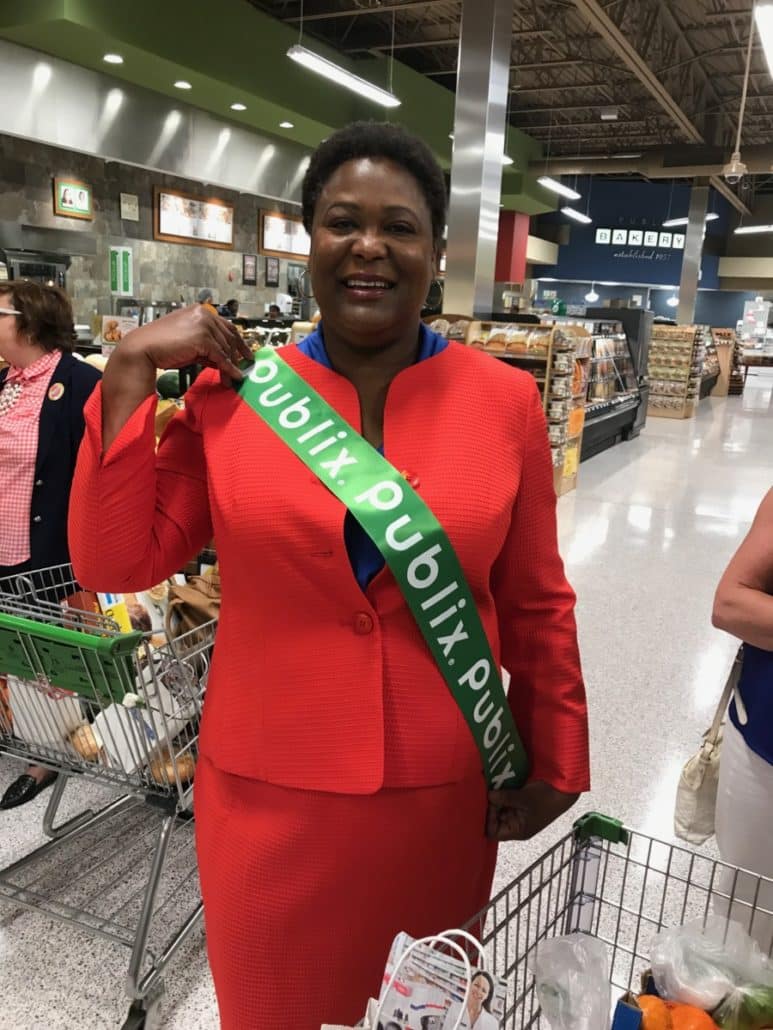