Update: The Atlanta City Council’s Finance Committee heard more than 125 public comments Wednesday afternoon urging the city to take some more time.for public engagement and explain what other sites were considered. “The body voted unanimously to ‘hold’ (or keep) the paper in Committee for the next several weeks so those discussions can take place,” Citywide Councilmember Matt Westmoreland. wrote in a text “The Atlanta Regional Commission will be helping to facilitate those conversations.”

For decades, the vision for the historic Atlanta Prison Farm has been to transform it into a green jewel for the region.

The Atlanta City Design, incorporated into the official city charter in December 2017, called for the prison farm to be the centerpiece of a grand South River Forest Park. That vision was unanimously adopted by the Atlanta City Council. 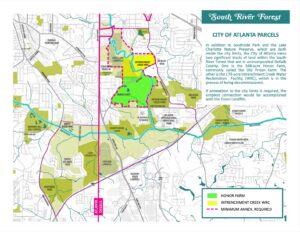 The problem is that the Prison Farm (also called the Honor Farm) is owned by the City of Atlanta, but it sits entirely in DeKalb County. So, the communities around the property have little to no voice on what will happen on the site.

“There are all sorts of equity issues around this,” said Shannon Lee, who lives in the Eastland Heights Neighborhood. “A really bothersome point is that there’s no representation because we are outside the City of Atlanta.”
Lee said the vision has been for the Prison Farm to become a lynchpin of the 3,500-acre South River Forest Park.

“It would be one of the largest urban parks in America,” Lee said. “Plans for the training center came as a complete surprise. I don’t know how much I want to walk the trails where there’s bombing and shooting going on.”
In addition to equity issues, the plans are fraught with environmental issues.

DeKalb County Commissioner Ted Terry, who represents that portion of the county and who used to run the Sierra Club’s Georgia chapter, also was “blindsided” by the plans for the training facility. He is scared it will be a fortress surrounded with barbed wire.

“Atlanta is a city in the forest,” Terry said. “If we as a society are serious about climate change, one of the best ways is to protect this area. There’s so much opportunity. We want to connect all these neighborhoods through a trail network.” 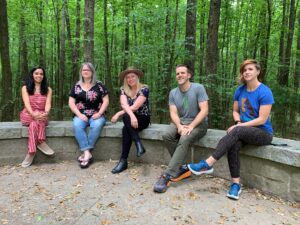 Dave Wilkinson, president of the Atlanta Police Foundation, said 50 to 60 acres will be “black top” and the rest will be pastureland and an urban farm. (By comparison, Centennial Olympic Park is 22 acres). That means hundreds and hundreds of mature trees will be cut down if the proposal is implemented.

“No one wants to take down trees,” Wilkinson said. “But we are at a point in our city’s history. If we don’t start immediately building this training center, the number of our officers is going to continue to dwindle.”

Wilkinson also pointed out that portions of the property already are being used for police training with a shooting range. He said the Atlanta Police Foundation is willing to working on a community engagement process on the design of the facility as long as that doesn’t slow down the project.

“We don’t want to spend six to nine months on hold while we are doing citizen engagement,” Wilkinson said. “We feel it is the perfect location for the training center. The city of Atlanta spent months and months studying every potential location of city-owned land.”

But that was not a public process. And the city’s real estate folks only considered city-owned land, which excluded other potential sites that would be better suited for the training center.

“There are lots of places where there are closed industrial areas,” said Jenessa Lynn Williams, a resident of South Atlanta and Lakewood area. “We don’t support the cutting down of healthy trees. Artillery, explosives near a residential area is not a solution to the problems they are trying to solve. It’s going in the totally opposite direction. Just leave it alone. Let it be a park.” 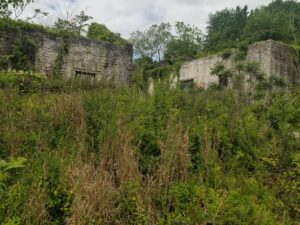 Atlanta Prison Farm in the Spring of 2020 (Photo by Sixpitch)

In agreement was Nicole Morado, who lives in Starlight Heights and met with several neighbors at Constitution Lakes Park on a recent Saturday to talk about the proposal. Morado especially dislikes the official name of the facility – Institute of Social Justice.

“I don’t want a military-style training facility in my backyard,” said Morado, who added people have moved to the affordable community partly because of because of the vision of the prison farm. “To me, it’s the complete opposite of an Institute of Social Justice.”

Ingrid Buxbaum, who has lived in Starlight Heights for 15 years, remembers when the prison farm was publicly accessible without a fence.

“It is a beautiful property,” said Buxbaum, who doesn’t understand how the center will stop crime. She asked rhetorically: “Why not put it in Buckhead or Inman Park instead of at the Prison Farm?” It’s a community that is used to being a dumping ground with three surrounding landfills, raising questions of environmental injustice.

In a Zoom press briefing after the June 11th meeting of the Atlanta Committee for Progress, Mayor Bottoms said she’s aware of the issues with the site. “We are working with DeKalb leadership,” she said. “Our teams are already engaged.” 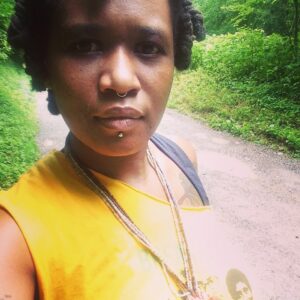 About 20 years ago, the City of Atlanta considered selling the land to DeKalb County or turning it into an Atlanta-DeKalb parks district. But those talks fell through.

The Atlanta City Council’s Finance Committee on June 16 will consider legislation introduced by Councilwoman Joyce Shepard for the city to enter into a 50-year lease with the Police Foundation to build the training center at the Prison Farm. Conceivably, it could go before the full City Council on June 21.

But others are saying “not so fast.”

There’s a move afoot to get the city to consider other locations for the facility, and not limit the options to city-owned land. The Prison Farm area was recently selected by the Atlanta Regional Commission for a community stakeholder process that could provide the City of Atlanta, DeKalb County and the local community a well-timed opportunity to explore alternatives.

For example, the platform of the influential Committee for a Better Atlanta calls for the building of the center, but it does not name the location.

“This city absolutely needs a new public safety training center. The current facility is atrocious,” said Councilmember Matt Westmoreland. “We haven’t really had the full conversation yet  I’m sensitive to concerns people have raised about the proposed location, and I look forward to the conversation.”

Meanwhile, Wilkinson said the center will cost about $60 million to build, and the Police Foundation has a goal to raise half from the private sector. “We have raised almost the entire amount,” Wilkinson said. 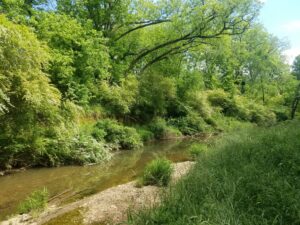 Alex Taylor, CEO of Cox Enterprises and the 2021 chair of the Atlanta Committee for Progress, is chairing the fundraising campaign.

When asked in an email about the location of the center, Taylor gave the following response through spokeswoman Sonji Jacobs: “The capital campaign committee is funding a project that is not site specific.”

For a project as important as the public safety training center, the city should consider all options.

Ideally, the city would find a site where the center would improve an area by revitalizing an area that’s filled with vacant warehouses and surface parking.

That way, we would not have to sacrifice 150 acres of forest and green space in a move that would greatly diminish the grand vision for the South River Forest Park.

Atlanta, rather than settling for expediency, let’s aim high for the best solution. 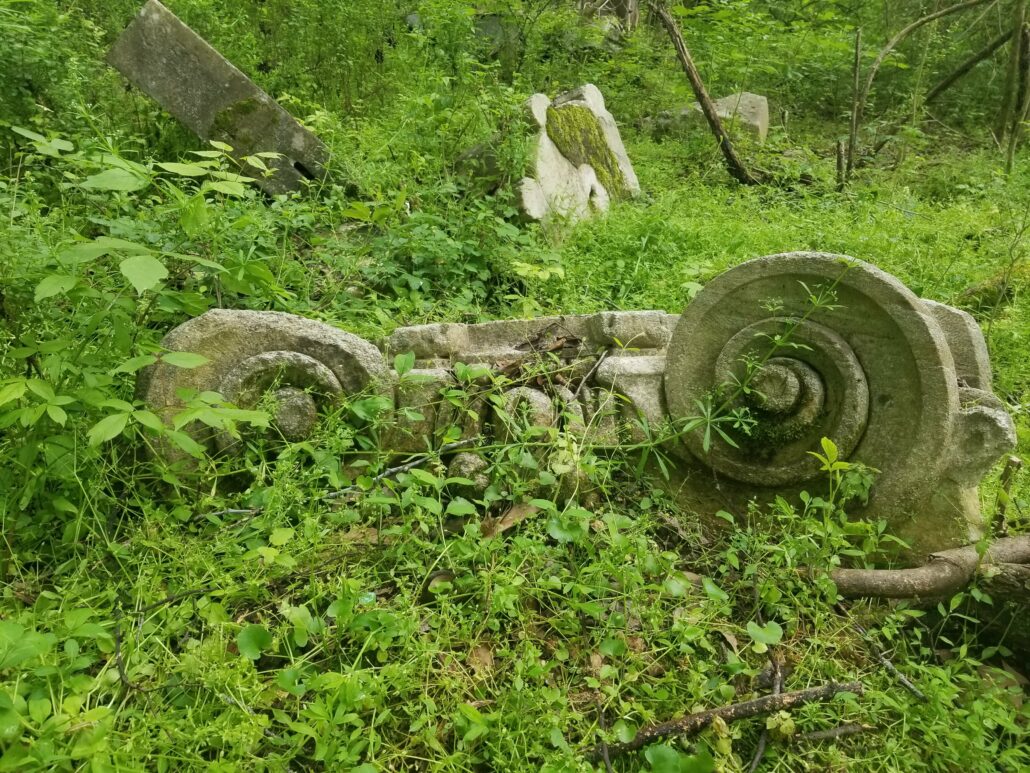 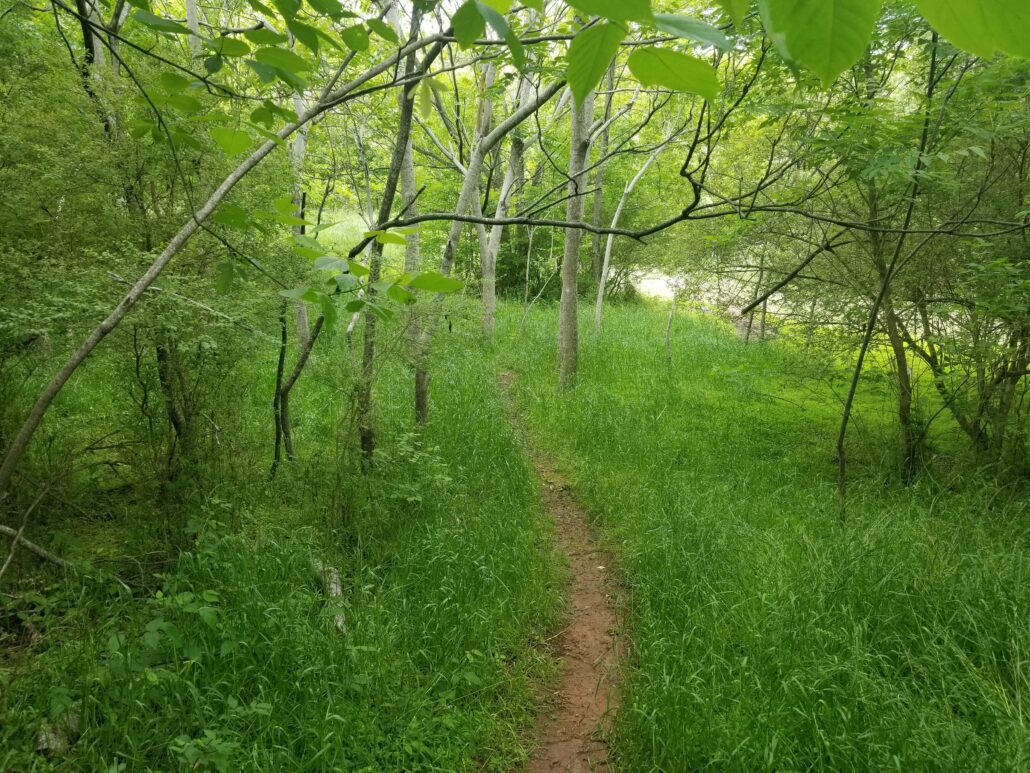 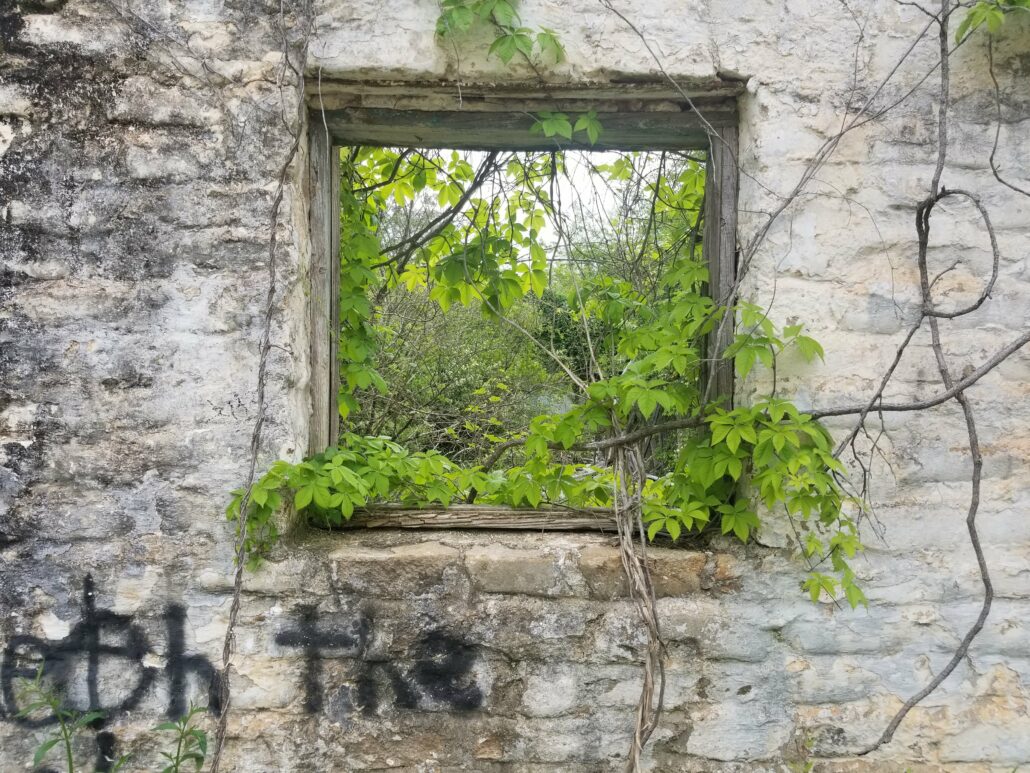 Previous Article
Committee for a Better Atlanta Works to Galvanize and Educate Voters in Critical Election Year
Next Article
‘Unity for a Difference:’ A Celebration of Community and Equity