Pain of a prolonged shutdown starts at the airport 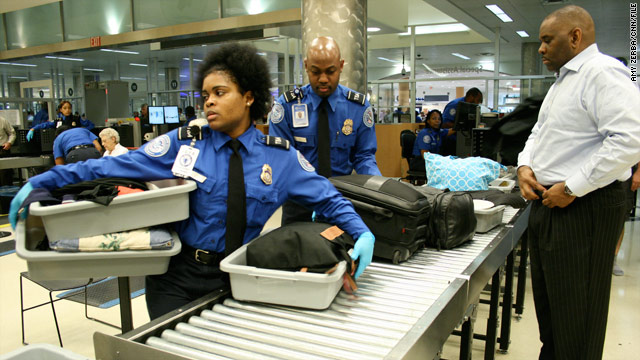 If and when the government’s 25-percent shutdown reaches a pain level high enough to spur real action to end it, Georgia, starting at Hartsfield-Jackson International Airport and radiating outward, will be one of the states feeling it most.

Atlanta has the third highest number of civilian federal employees in the nation, behind Washington and New York, and Georgia ranks sixth among the states. Not all the more than 70,000 federal employees in the state are affected by the shutdown — employees at the Centers for Disease Control are reporting to work as usual, while Park Service employees at the King Memorial site aren’t. Those working without pay or furloughed include FBI and Secret Service agents and employees of several agencies.

Among the most visible of these are the Transportation Security Administration workers who keep the lines moving at the nation’s busiest airport. So far, Hartsfield-Jackson appears not to have been as affected by sick-outs as much as some other airports around the country.

But that could change. Two important dates to bear in mind: Dec. 28, when most federal employees received their last paycheck, unaffected by the shutdown, and Jan. 11 — Friday — when the next paychecks are supposed to arrive, and probably won’t. In a tweet over the weekend, Atlanta Mayor Keisha Lance Bottoms warned that the shutdown could also affect the more than 26,000 private-sector workers at Hartsfield-Jackson.

This shutdown is supposed to be about border security and the threat from terrorists and drugs entering the country, and yet the 25 percent of the federal government which is being asked to go without pay includes the TSA agents checking our bags at the airport, Customs agents guarding the nation’s entry points, Drug Enforcement Agency agents screening cargo, and the Coast Guard.

This isn’t just mildly ironic. It’s more evidence for how perversely the use of shutdowns as a political strategy can backfire. They have become so common that perhaps they also have come to be perceived as manageable. But this is a shutdown in which neither side sees any political benefit in giving ground, and the worst impacts of the disruption may not become evident before it’s too late to do much about them.

President Trump has announced a national address about the shutdown for Tuesday night, to be followed later in the week by a trip to the U.S.-Mexican border to highlight what the White House has called a humanitarian and national security emergency. That doesn’t sound like the shutdown is close to being over, although as each day goes by, the consequences of prolonging it grow higher.

One of those consequences could land directly in the lap of Gov.-elect Brian Kemp and the General Assembly. Congress has appropriated enough money to get the Supplemental Nutrition Assistance Program, formerly known as food stamps, part of the way through February.

The states don’t necessarily have to pick up the slack, but 1.6 million people — one in six Georgians — receives assistance from the program.  The Kemp administration’s ambitious agenda would likely have to be put on hold while it deals with that emergency, unless of course the Democratic House passes legislation to provide the funding and the Republican Senate and White House goes along with it. We’re not at that point yet.

Here’s another dollop of irony. For many Americans, the first tangible benefit from the Republican tax cut was going to be a bigger refund this year and an easier process for filing their taxes. Russell T. Vought, acting director of the White House Office of Management and Budget, said Monday that refund checks will go out even if the shutdown continues. But the IRS is operating with only 12 percent of its former workforce. If you have questions about the new tax forms which came with the tax cut, be prepared to be on hold for a long time.

If we have another shutdown after this one, maybe we should think about shutting down another 25 percent of the government.