Paris strengthens business ties with Atlanta, after signing a deal with Memphis

Atlanta has strengthened its economic development ties with Paris, which is on a $50 billion program to secure its position as a capital of global commerce.

Atlanta and Paris signed a five-year deal last week to promote each other as a business destination. The target audience is companies that already do business, or may expand, in one of the cities and want to reach a foreign market.

Paris evidently has a plan to develop its business ties to the Southeast, and Atlanta is now part of it. Paris signed a similar trade agreement in April with Memphis.

The Paris/Memphis deal envisions the strengthening of an air-freight trade route between the cities. The goal is to put businesses, and their products, just a few hours from their clients and end markets.

Atlanta has been working toward signing a memorandum of understanding with Paris since December 2010.

The concept arose after the “France-Atlanta 2010” program that was fostered by the general consulate of France, Georgia Tech and the Metro Atlanta Chamber of Commerce.

Atlanta Mayor Kasim Reed propelled the dialogue during his visit to Paris in January. Reed’s office released the following comments in a prepared statement after he signed the deal with a Paris delegation:

“Joint initiatives aimed at recruiting and expanding the presence of international companies at the airports will lead to job creation and growth for both Atlanta and Paris.

“This agreement strengthens Atlanta’s opportunities to become more globalized …. global in scope, global in competitiveness and global in the training and development of our workforce.”

Memphis was equally jubilant when its memorandum of understanding was signed April 11. A snippet of the Paris/Memphis MOU reads as follows:

“By partnering the Greater Roissy Area, Memphis will take another step in creating more efficient and more reliable trade routes around the globe. The continental connectivity that this relationship provides will allow companies to be only hours from their suppliers, as well as their end markets.” 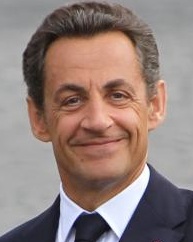 The Greater Roissy area of Paris is two years into a $50 billion improvement program unveiled by French President Nicolas Sarkozy.

The goal of the 10-year effort is to transform Paris into a green metropolis, according to a report by Reuters.

The “Greater Paris” project intends to link the city and its suburbs with an energy efficient transportation system.

The backbone of the plan is an 81-mile-long automatic transit line that is to loop around the region, connecting business and residential communities.

Sarkozy’s vision is to reshape the Paris region in a manner as ambitious as the 18th century urban renewal program that created broad boulevards.

Think of Sarkozy’s as a big BeltLine concept. Ryan Gravel, the visionary behind the Beltline, described a segment of the Paris line a recent story in saportareport.com.

Paris-area business leaders capitalized on Sarkozy’s plan, establishing in the same year an entity named Hubstart Paris. Hubstart is the entity that signed the deal with Reed.

Hubstart unified efforts to promote economic development in metro Paris. Founding members include Aeroports de Paris, Air France, Astech Paris Region, and the Paris Chamber of Commerce and Industry, according to its website.

These are the three objectives cited in the MOU signed by Atlanta and Paris:

The closing paragraphs of the MOU state that either side can strike deals with other airports: