For 25 years, the PATH Foundation has been building multi-use trails wherever it could around Atlanta — segment by segment.

Now PATH is in the midst of a $15.8 million campaign to help connect the various segments so that metro Atlanta will eventually have a regional network of trails. 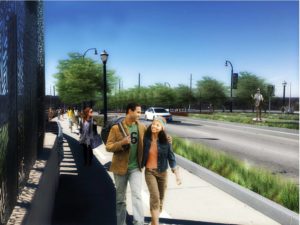 PATH along the Ivan Allen Jr. bridge (Courtesy of PATH)

The private dollars are expected to leverage another $34.3 million from public sources, of which $24 million already have been secured.

“I feel like we finally are realizing the vision,” said Ed McBrayer, the PATH Foundation’s executive director who co-founded the organization. “We are finally seeing the way to make this a network, and not just a bunch of fractured trail segments.” As a way to mark its 25th anniversary, PATH will be building its 250th mile this year. This particular campaign will add a total of 37 miles to the network. McBrayer estimated more than 50 public and private partners are working to build new trails and improve existing trails during this phase. 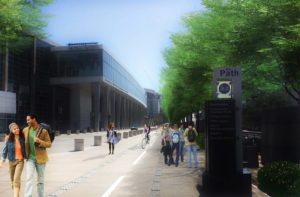 One of the most significant elements of this current campaign will be north and west extensions from downtown from a new Centennial Bike Depot in front of the Georgia Aquarium. The route to the west will go along Ivan Allen Boulevard, which will become the Gateway to the westside. PATH is working with designers, a commemorative artist and the Allen family to remember and honor the former Atlanta mayor along the boulevard.

“We are going to create a real nice gateway to the westside to honor Ivan Allen,” McBrayer said. “The bridge will highlight contributions Allen made to the skyline.”

There will be a trail next to the Georgia World Congress Center connecting to a trail along Martin Luther King Jr. Boulevard to connect the Atlanta University Center with the Atlanta BeltLine Westside Trail. Another trail will extend to the new Mims Park, and eventually that trail could go along Proctor Creek and go towards the Bellwood Quarry. 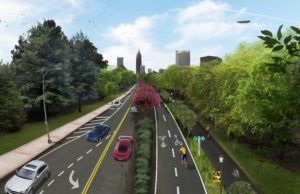 Another major connection will be a trail that will go from Centennial Olympic Park up through Georgia Tech.

“We’re taking half of the Georgia Tech Parkway and making a linear park out of it,” McBrayer said. “We are paying for half, and Georgia Tech is paying half.”

Other high points of the campaign include building a trail at the Interstate 285/Georgia 400 interchange during Georgia Department of Transportation’s highway construction.

“It’s only the third time in the United States where a multi-use trail has been taken through a major interstate interchange. It’s been done once in Maryland and California,” McBrayer said. “It will weave through the interchange. Getting across 285 makes the Perimeter Center much more bikeable. Our goal is to connect the Perimeter to the Beltline.”

The campaign also will extend the PATH 400 trail between the Lindbergh area and Loridans Road. The Bobby Jones Golf Course loop trail also will be completed.

Trails will be expanded in the southwest neighborhoods around Cascade Road. PATH also will offer an off-road alternative connecting the Mason Mill area to the VA Hospital and Emory, and also connect Emory University to Freedom Parkway and the BeltLine. 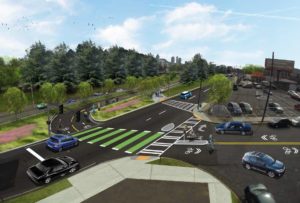 It will construct the South River Trail segment beyond Perimeter College. And the campaign calls for repairs along the Stone Mountain Trail, which connects Agnes Scott College, the Martin Luther King Jr. historic site, the Carter Center and several other locations.

PATH also intends to link the Avondale MARTA station to the Columbia Theological Seminary, the Methodist Children’s Home and the Friends School. It will build the Panola Mountain Greenway to Henry County school and library facilities. A new trail will be built through a historic trolley tunnel in the Riverside/Bolton Road neighborhood connecting to the Whetstone Creek Trail.

For McBrayer, who started out just planning to build some trails before the 1996 Summer Olympic Games, he finally is checking many items off his bucket list. But several projects remain, including several outside of metro Atlanta.

One project that has eluded PATH and the region is being able to connect the Silver Comet Trail with downtown Atlanta. To get that developed, the state would need an agreement with CSX railroad, which owns a key out-of-service corridor once part of the Silver Comet line.

In the early days, communities were a bit hesitant to welcome multi-purpose trails in their backyards, but there has been growing acceptance of the health, environmental and quality-of-life benefits that trails provide. McBrayer said PATH continues to invest a great deal of effort with communities to make sure they understand and welcome the trails.

As for McBrayer, he shows few signs of slowing down. “I’m having too much fun.” 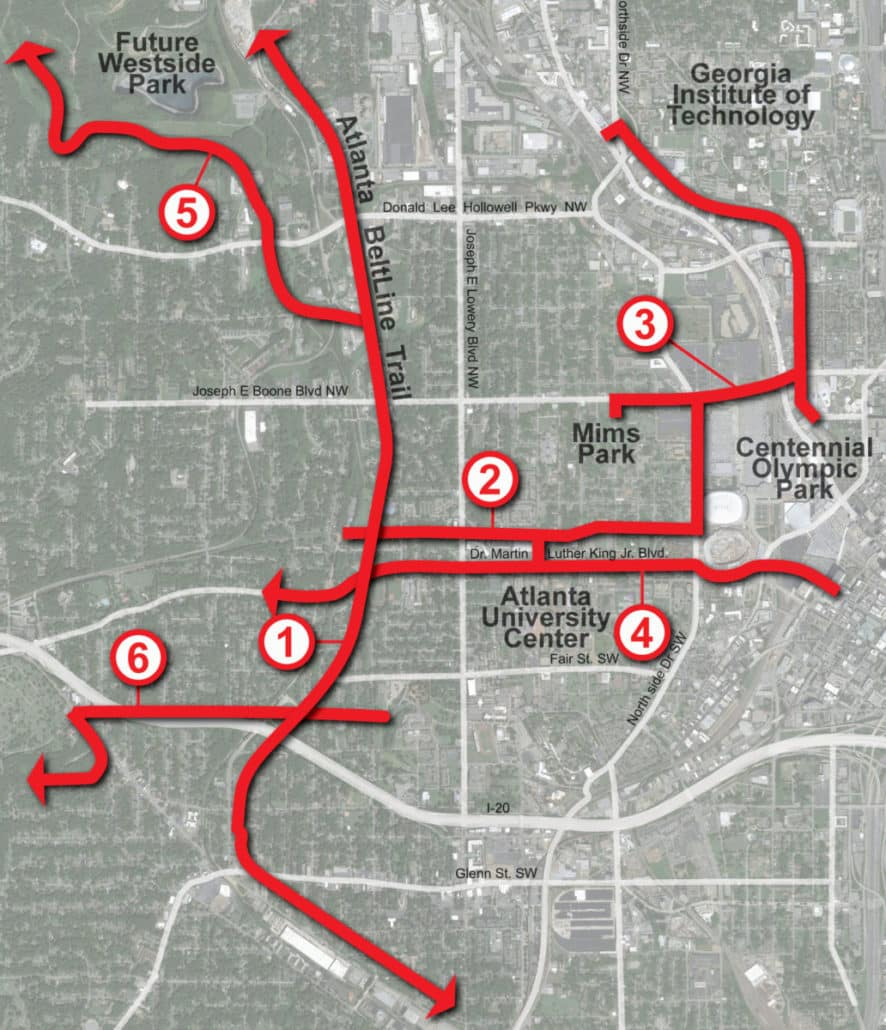 Key to the map:

Previous Article
Forward from deadly force: A modest proposal
Next Article
An Economy that Works…for All