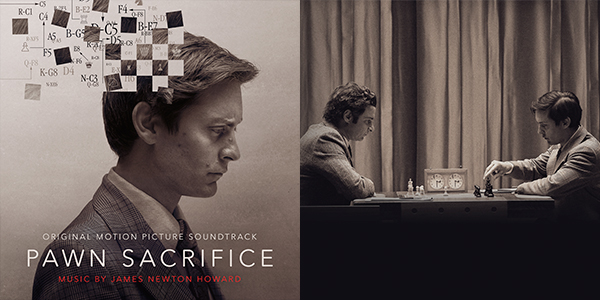 The ads for “Pawn Sacrifice” — to say nothing of the bombastic title — are so breathlessly whiz-bang that if I hadn’t already seen the movie, I would’ve assumed it was some sort of action flick.

Action, alas, is the last thing the film offers.

“Pawn Sacrifice” is the tale of Bobby Fischer whose major distinction, other than being a chess genius, is that he’s probably the only chess genius anyone’s ever heard of.

Well, you may have also heard about his raging mental issues, which caused him to end his days as a paranoid loner with particularly ugly things to say about Jews and Israel (sort of a double-whammy weirdness since Fischer was Jewish himself).

The brief biographical background explains to us that, not only was little Bobby a chess prodigy as a kid, but he also struggled with various personality, um, deficiencies and some serious Mommy Issues.  The film attributes much of that directly to Mommy herself, a Swiss-born single mom and ardent Communist. 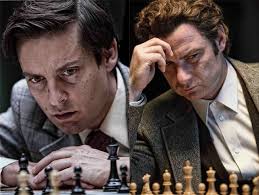 A poster from the movie: “Pawn Sacrifice”

Ultimately, the American and the Soviet face each other in Iceland in what’s been called “The Chess Match of the Century.”

Anyway, did I mention this takes place in 1972 when, with the Cold War at full blast, the Russians beating the USA in anything was tantamount to declaring they’d won World War III?

The movie makes a considerable fuss over the temper of the times. About how the whole world was riveted by, of all things, two men leaning over a chessboard and saying stuff like “Rook 2 to Knight 5.”

Since even I’ve heard of Fisher, this must be more or less accurate. But the attempts to root the picture in said “times” feels more than a little forced. That Nixon personally tried to phone Fischer three times (and never got him) doesn’t so much re-enforce the charged political atmosphere surrounding the match as make you think, hmmm…no wonder Nixon got in so much trouble over Watergate. Presidentially speaking, he wasn’t really keeping things in perspective. (By the way, Kissinger also called.) 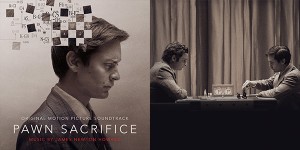 “Pawn Sacrifice” – scenes from the movie

Aside from a few “A Beautiful Mind”-like flourishes — we see the chess moves in Fischer’s head, the way we saw Russell Crowe’s math calculations — director Ed Zwick hasn’t figured out how to make the picture cinematic; compared to this, “Akeelah and the Bee” which was about a spelling bee, looks like “Lawrence of Arabia.”

Maguire, an actor I’ve always admired, is fine as Fischer, becoming more erratic and wild-eyed as his fame grows.  However, the script is one-note.  Fischer makes demands and acts crazy. Then he makes more demands and acts even crazier.

However, as the wary yet centered Spassky, Schreiber is so good that, not only does he pretty much steal the movie, but he may have worked his way into a potential Oscar nomination in the supporting category.

We may not totally grasp the extent of Fischer’s mania, but Schreiber’s Spassky certainly does. Watching him watch Fischer/Maguire across a chessboard makes you wonder just who was the pawn sacrifice…the madman or the man forced to play against him?