Peggy Still Johnson to be new executive director of Callanwolde

Johnson will begin her new job on Feb. 4. The announcement was made Monday by the Callanwolde board of directors.

Johnson is not a newcomer to business or the arts – she is a successful entrepreneur and an accomplished piano and vocal performer, composer, arranger, and arts educator, according to the press release. 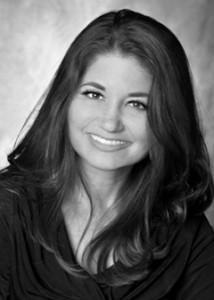 Johnson also has served on the Fulton County Arts Council Literary-Media Grant Approval Panel and has worked with the Atlanta Music Project as an executive board member. She has also served on the Dallas Austin Foundation, the Buckhead Club, and was on the board for MainStreet Woodstock, City of Woodstock.

She performed with the GSU University Singers at Lincoln Center in New York and has performed professionally since 1982 in South America, Jamaica, and throughout the United States, including a performance in Hawaii for President and Barbara Bush.

Johnson founded the Peggy Still School of Music in 1988. The school has grown to an enrollment of over 600 students and 45 degreed instructors in three locations: Atlanta, Alpharetta and Woodstock, Georgia. She successfully sold the school in 2011.

She has also enjoyed working with the many schools in North Fulton County as the pianist for choral and drama productions and has been asked to speak at many schools and colleges throughout metro Atlanta. She also founded Peggy Johnson Productions and Talent and has been active in the film and recording industry as a composer, music supervisor, casting agent and coach.

She has worked on films such as “The Curious Case of Benjamin Button,” “Big Mama’s House 3,” and “Parental Guidance.”

In 2010, Johnson received composing, casting and coaching credit for her work in the independent film  “Requiem for Herstory,” which was nominated for Best Short Film in the Toronto Female Eye Film Festival. The film was also screened at the New Filmmakers Summer Festival in New York City and has received praise from the faculty of the Columbia University Film Department.

Johnson composed the film’s theme song: “Pie Jesu” which was on the ballot for the 54th Grammy Awards. She has worked on other award winning films including one featured at Cannes Film Festival and a documentary, and “Point of Light” presentation at the Kennedy Center. She also arranged music for the dedication of the Mormon temple in Atlanta.

Recently, Johnson worked with Stephen King, John Mellencamp, and T Bone Burnett on their musical production “Ghost Brothers of Darkland County” as the vocal coach and copyist. She also has been a talent scout for “America’s Got Talent.”

As Callanwolde’s executive director, Johnson will be responsible for the leadership and management of center and oversee the preservation and development of the Callanwolde Estate on Briarcliff Road.

“Callanwolde Fine Arts Center is the destination that all my life’s experiences have brought me to,” Johnson said in the release. “The beautiful mansion and estate is something I feel passionate about preserving and promoting. The fine arts program offers a variety of classes for all ages in the literary, visual, and performing arts. Callanwolde is part of Atlanta history, and I am honored to be a part of Callanwolde.”