U.S. Agriculture Secretary Sonny Perdue on Thursday blocked the import of beef from Brazil. Brazil’s meat industry is embroiled in a corruption scandal involving $150 million in bribes paid by the world’s largest meat handler to presidents and state officials. 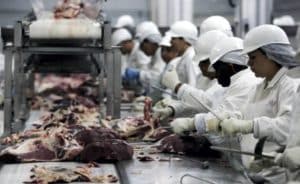 U.S. Agriculture Secretary Sonny Perdue halted the import of beef from Brazil over concerns about its safety. Credit: farmersjournal.ie

The embargo is a dramatic step for Perdue. Perdue has been in office less than two months. His farm experience began as a child growing up on a dairy and diversified row crop farm in rural Bonaire, located about 20 miles south of Macon.

Georgia’s former governor released a statement saying the U.S. has inspected, since March, 100 percent of all meat products arriving from Brazil. About 1.9 million pounds have been rejected. None of the rejected product made it into the U.S. market, according to the statement. 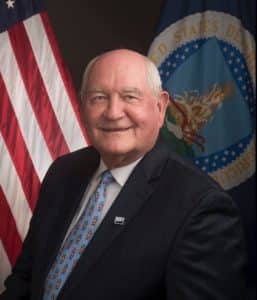 Perdue inherited the situation when he took the oath of office April 25. At that time, it had been roiling for about a month.

The company responded that it had not been accused of selling tainted or rotten meat, according to bloomberg.com’s story.

On May 26, a report on wsj.com said JBS executives admitted to paying a total of $150 million to politicians. In one case, a $30 million bribe was deposited into an offshore bank account of former President Dilma Rousseff, in exchange for loans from Brazil’s state development bank.

On May 22, investors a class action lawsuit was filed against JBS’s U.S. affiliate, JBSAY, in U.S. District Court in Brooklyn. Several law firms distributed investor alerts, including this one from Vincent Wong:

For more than a decade, JBS has been expanding its footprint by purchasing major meat packing companies outside of Brazil. In the U.S., JBS purchases include:

The company was set to benefit from the expanded trade agreement Brazil and the U.S. announced in October 2016.

Brazil allowed access for U.S. beef and beef products for the first time since 2003, following an outbreak of bovine spongiform encephalopathy. Simultaneously, the U.S. granted access to fresh (chilled or frozen) beef from Brazil, according to a statement from the U.S. Department of Agriculture.

Previous Article
Mayor Kasim Reed: $1 billion mixed use development around Philips Arena planned by Richard Ressler, brother of Hawks owner Tony Ressler
Next Article
Proposed sand mine in Wayne County could pump up to 11.5 million gallons of water a day